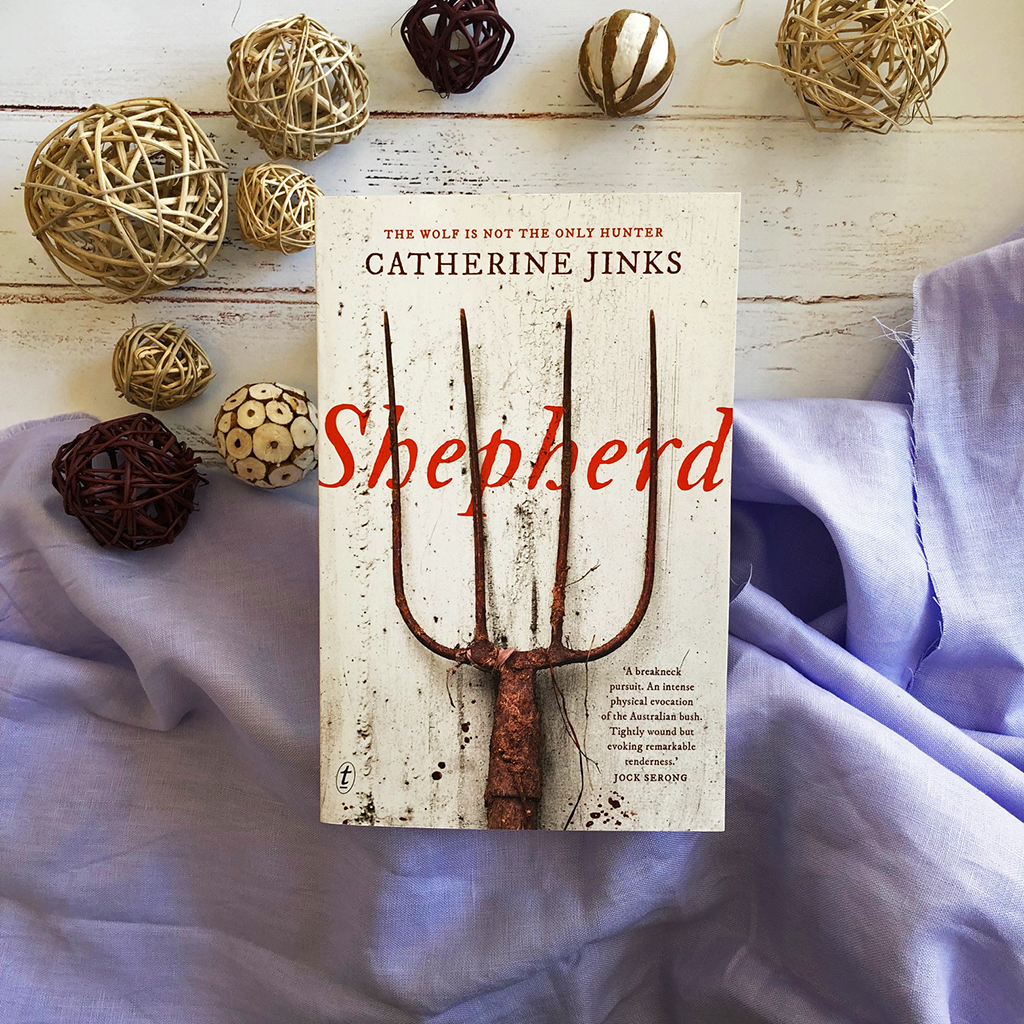 My father trained me to silence the way he trained his dogs, with food and a cane. Speech, he said, was poison. It scared the game, alerted the gamekeepers and betrayed your friends and family.

Tom Clay was a poacher back in Suffolk. He was twelve when he was caught, tried and transported to New South Wales.

Now, assigned to a shepherds’ hut out west, he is a boy among violent men. He keeps his counsel and watches over his sheep; he steers clear of blowhards like the new man, Rowdy Cavanagh. He is alert to danger, knowing he is a foreigner here: that the land resists his understanding.
The question is: how fast can he learn?

Because a vicious killer named Dan Carver is coming for Tom and Rowdy. And if Tom can’t outwit Carver in the bush – and convince Rowdy to keep his stupid mouth shut – their deaths will be swift and cruel.

Shepherd by Catherine Jinks is set in 1840 New South Wales, after the British colony convict 14-year-old Tom Clay of poaching and sentence him to work in Australia as a shepherd. The environment is brutal and violent, and Tom quickly learns how cruel and dangerous the other convicts can be.

Tom and Joe work at a shepherd’s hut west of Sydney — their role is to protect the master’s sheep from wild dogs. They have loyal dogs of their own to help with the task, called Gyp and Pedlar. Both men have come from England after being convicted of crimes. They’re also terrified of Dan Carver, who was working with them until recently. Prior to the events of the book, Tom and Joe had realised that Dan was a psychopathic murderer, and he was planning to kill the two of them. In self defence, they attacked him and left him to die in the wilderness.

But, Dan Carver isn’t dead, and he returns to the farm to seek vengeance on Tom, Joe, their new Irish shepherd Rowdy Cavanagh, and their beloved dogs. The group must fight for their lives to escape the vicious Dan Carver.

Shepherd is about life in the Australian colonies — the dangers, the challenges, and difficulties of navigating the harsh Australian bush. Additionally, the book highlights the racism that these convicts exacted on Indigenous Australians.

The pacing of the novel is one of the biggest strengths, and in fact, the book takes place over only a few short days. We’re moving through the bush with Tom and Rowdy as they first try and evade Dan, and then decide to turn the tables and start formulating a plan to kill Dan.

Tom Clay has had a difficult childhood and upbringing, and doesn’t trust other people easily. He has huge affection for his dogs, and cares for them more than he cares for people. But, over the course of the novel, Tom and Rowdy bond and look out for each other. They even begin to trust in one another.

“Rowdy is so busy talking that he’s blind to where he is. This is a well-used path, heading straight for water, but he doesn’t comment on the musky smells, the droppings, the tracks, the feathers, the footprints, the marked tree trunks. When birds call and flit, he doesn’t pause to watch them in case they’re warning us of something bigger.”

At times, the nature of the plot got a bit tiresome. It’s a fast-paced pursuit in an unforgivable environment, and while this would look fantastic on a film screen, reading it in a book can get a little exhausting. It’s 200 pages of Tom Clay and Dan Carver up against each other, chasing and trapping and tricking and fighting. After a while, I felt like I was losing momentum in the story.

In saying that, I thought this novel was fantastic. The writing style is very lean — pared back. I didn’t feel like there was any overwriting, or excessive word choice. Catherine only wrote what was necessary for the story, and I was completely enthralled by the book. The dialogue is fabulous, the setting and atmosphere captured incredibly well, and the story really inviting for readers.