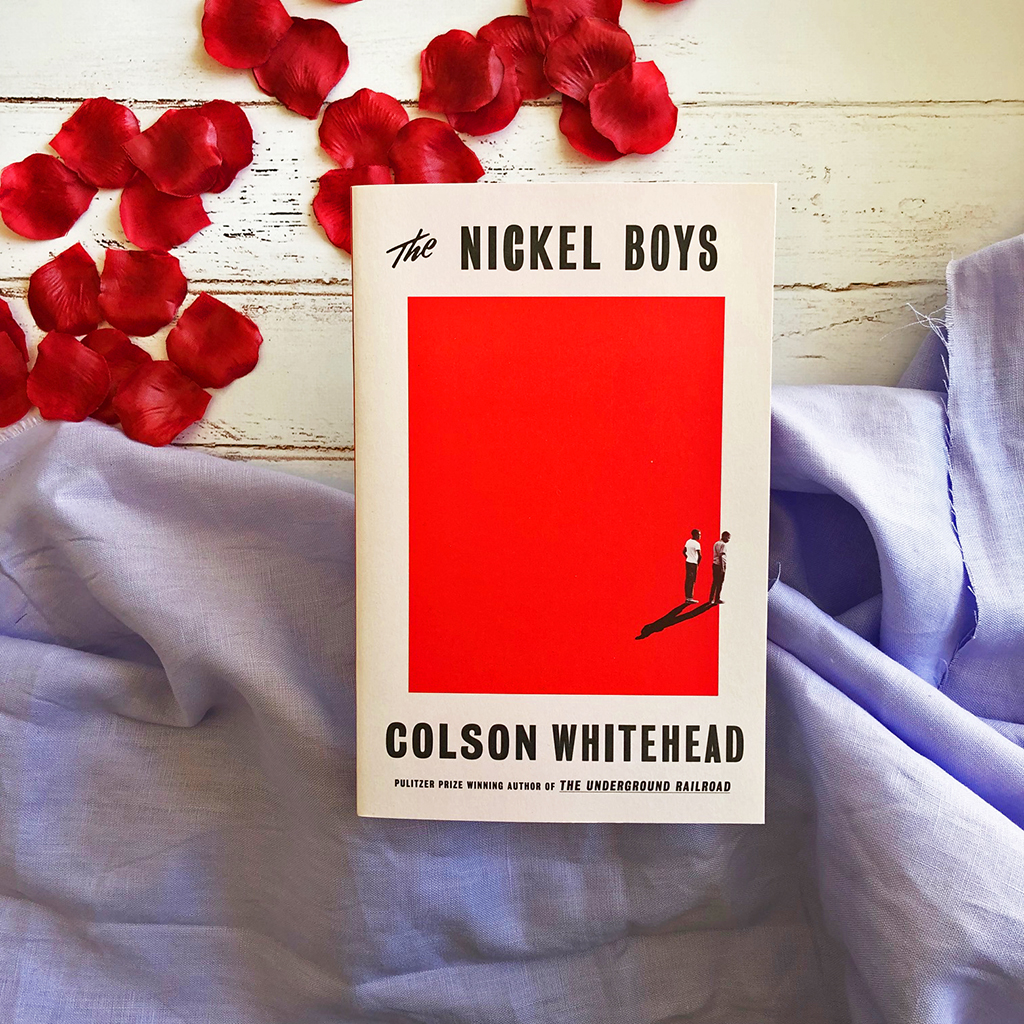 Elwood Curtis has taken the words of Dr Martin Luther King to heart: he is as good as anyone. Abandoned by his parents, brought up by his loving, strict and clearsighted grandmother, Elwood is about to enroll in the local black college. But given the time and the place, one innocent mistake is enough to destroy his future, and so Elwood arrives at The Nickel Academy, which claims to provide ‘physical, intellectual and moral training’ which will equip its inmates to become ‘honorable and honest men’.

In reality, the Nickel Academy is a chamber of horrors, where physical, emotional and sexual abuse is rife, where corrupt officials and tradesmen do a brisk trade in supplies intended for the school, and where any boy who resists is likely to disappear ‘out back’. Stunned to find himself in this vicious environment, Elwood tries to hold on to Dr King’s ringing assertion, ‘Throw us in jail, and we will still love you.’ But Elwood’s fellow inmate and new friend Turner thinks Elwood is naive and worse; the world is crooked, and the only way to survive is to emulate the cruelty and cynicism of their oppressors.

The tension between Elwood’s idealism and Turner’s skepticism leads to a decision which will have decades-long repercussions.

The Nickel Boys by Colson Whitehead is an extraordinary literary novel based on a real reform school in Florida during the Jim-Crow-era that operated for 111 years and destroyed the lives of thousands of children.

In the acknowledgements page, Colson Whitehead talks about the inspiration for this book — the Dozier School for Boys in Marianna, Florida. Archaeology students at the University of South Florida dug up an area surrounding the school and uncovered a secret graveyard. The students worked to identify the remains of countless students who had been tortured, raped, mutilated, and then buried beneath the ground.

In The Nickel Boys, the institution is called Nickel Academy, with two segregated establishments — one campus is for coloured boys, and the other is for white boys.

Protagonist Elwood Curtis was abandoned by his mother and left in the care of his loving, compassionate grandmother Harriet. He’s now in high school. He’s driven, intelligent, and he has his eyes set on graduating from the local community college. But one mistake — hitchhiking — lands him in Nickel Academy. The driver, Rodney, has stolen the car they’re riding in, and Elwood is considered guilty.

“There were three of them. The biggest one he’d seen last night, the boy who looked too old to attend Nickel. The giant was named Griff; in addition to his mature appearance, he was broad-chested and hunched like a big brown bear. Griff’s daddy, it was said, was on a chain gang in Alabama for murdering his mother, making his meanness a handed-down thing.”

Set in 1960s Florida, the book highlights segregation and the racism that was rife during that time. A black person could be arrested for not giving way to a white person on the sidewalk. Black people did things for free, and white people benefited.

Nickel Academy is technically not a prison, and boys usually don’t stay longer than 1-2 years in the place, but it is a nightmare, hellish place to live. When boys misbehave, they’re plucked from their beds in the middle of the night and taken to a former work shed called the White House.

Here, boys are strapped into a three-foot-long contraption called Black Beauty, and beaten. They’re whipped, stretched, and abused. The boys’ screams can be heard by everyone in Nickel Academy. Additionally, ‘out back’ is where the cruel and vicious staff take the boys who they plan to murder and bury beneath the ground.

“He spent another five days in the hospital, then it was back with the other Nickel boys. School and work. He was one of them now in many ways, including his embrace of silence. When his grandmother came to visit, he couldn’t tell her what he saw when Dr. Cooke removed the dressings and he walked the cold tile to bathroom.”

Whitehead is skilled at moving back and forth in time, seamlessly. We learn more about Elwood and his family as we progress through the novel. There are snippets here and there of his former life, his mother and father’s lives, and his childhood with his grandmother.

The prose is very elegant, lean and pared back — it’s a short book at 200 pages, and quick to read. The plot is riveting, drawing you in and refusing to let you go. I adore both Elwood and his best friend Turner, who are so different but find each other within the horrors of Nickel Academy.

Reading The Nickel Boys has encouraged me to purchase The Underground Railroad, which I had not gotten around to reading yet.

The Nickel Boys is one of my favourite reads of the year. As hard as the subject matter is to read at times, the writing is fantastic and eloquent, the characters larger-than-life. Highly recommended.