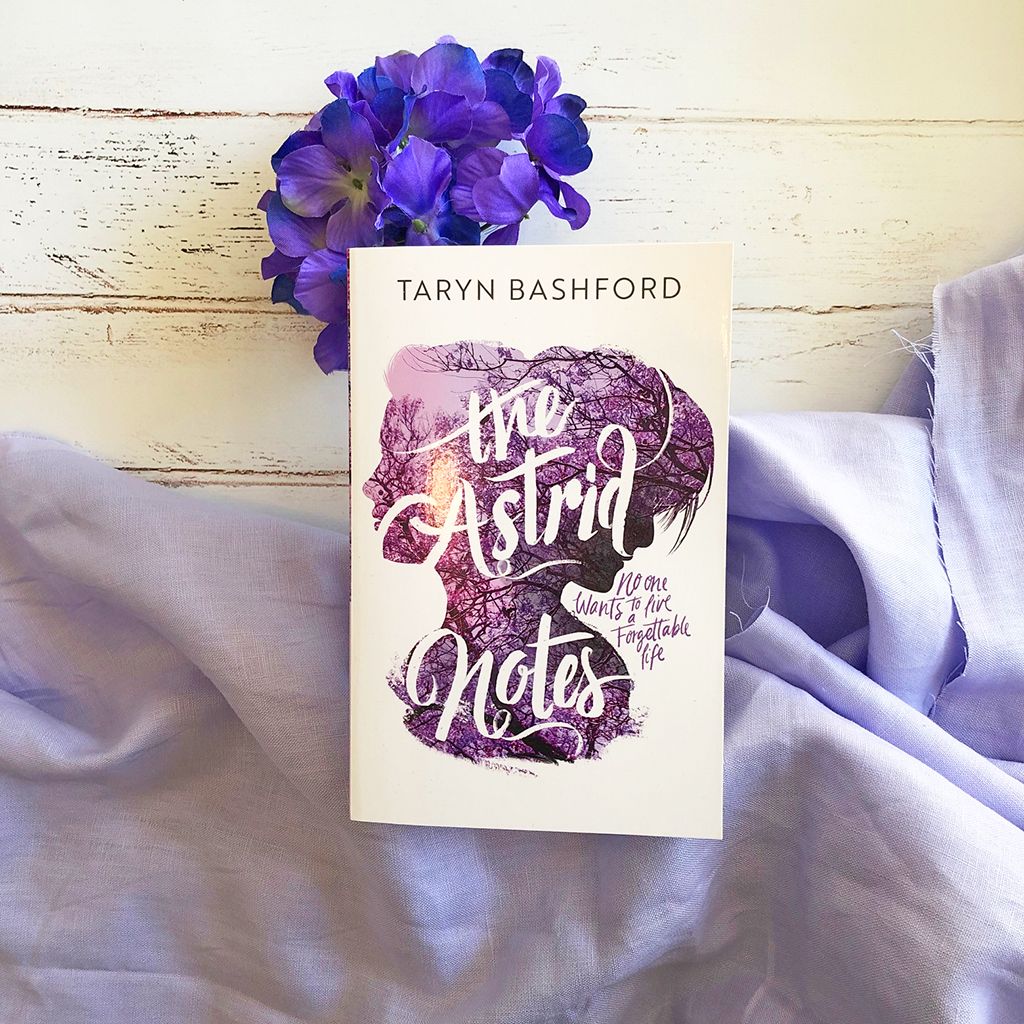 Are they polar opposites? In his grief and fury at the world, Jacob certainly thinks so. But when Jacob loses everything and Astrid uncovers a shocking family secret, they may need each other to make sense of their lives.

The Astrid Notes is the second YA novel from Queensland author Taryn Bashford, this time set within the complex and high-pressure world of music and singing.

Jacob — who readers may remember from The Harper Effect — is navigating his way through a difficult time. After a late night gig, his fellow band members all die in a car accident. Jacob has survivor’s guilt, feeling like he’s lost his purpose and he starts to give up on his music and his singing.

To make everything worse, Jacob’s parents are fairly absent from his life but his father is constantly pressuring him to reconsider his career and his path, and to give up on this music dream of his. His father is a bully, and the reader can physically feel the effect that his father is having on Jacob’s physical and mental state.

Astrid is conflicted about many things. She’s an incredibly talented opera singer but she has stage fright and she doesn’t know how to fix it. She’s six months shy of 18, which is when her father promised to tell her how her mother died, but she wants to know now. Why does she have to wait? Astrid assumes her mother —who was an extraordinarily talent singer as well — died giving birth to her, and Astrid feels an enormous amount of guilt about this.

Naturally, when Astrid and Jacob’s paths cross, they have much in common.

“Four days after breaking my hand. I bite the bullet and am standing outside the doc’s house listening to Astrid sing. I like her sound even more than I like Yolanda Gustav. How can someone so small pack that much power?”
JACOB

The Astrid Notes explores some pretty heavy topics — death, alcoholism, depression, and parental pressure. I imagine there’ll be many readers out there who could find some comfort in what these characters are going through.

The POV shifts between Jacob and Astrid quite often — sometimes after only two pages — and I think the characterisation within these short moments was managed really well. From the beginning, we understand the characters’ motivations, their fears and their worries, and how their interactions with other people is a reflection of their struggle to overcome the issues they’ve been going through.

“Something has changed. He’s changed. It’s as if the older I get, the more the unpredictable side of him is taking over. Mr Maestro’s winning. It’s like living inside my own opera and the demon has gained ground. And I’m to sing, whether I want to or not.”
ASTRID

I think what does let this book down is some of the jarring references to pop culture that date the book and add nothing to the character’s inner dialogue. It makes the text read a little too juvenile for the characters, and the references do feel out of place — if there was no way to seamlessly weave them in, then I think they should’ve been culled in the editing.

“As always, I lost that argument. Should’ve kept my mouth shut because I probably made everything worse. Like the main character in a Step Up movie, I either pass this audition or my music dreams are over.”
JACOB

“I’m small, so being engulfed by Maestro has always felt like being hugged by the hero at the end of a movie or when the music score from the final scene of Lord of the Rings blasts in your head and you’re sure everything’s going to end well.”
ASTRID

A heartwarming and engaging follow up to The Harper Effect, with loveable, relatable characters and a rich plot. Taryn Bashford captures the world of elite music with authenticity. You’ll fall in love with Astrid and Jacob from the beginning, all the way through to the last pages. Recommend for young readers, 12+