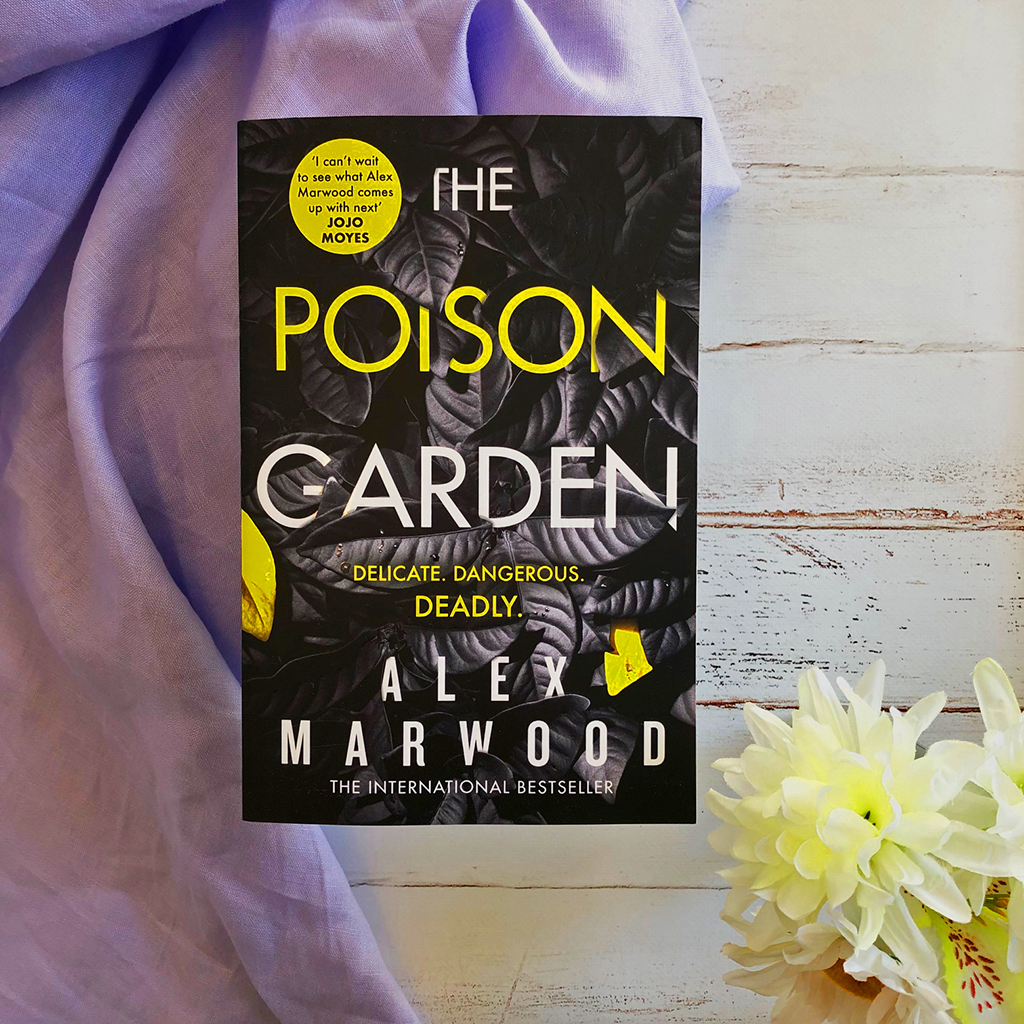 Where Romy grew up, if someone died you never spoke of them again.

Now twenty-two, she has recently escaped the toxic confines of the cult she was raised in. But Romy is young, pregnant and completely alone – and if she is to keep herself safe in this new world, she has some important lessons to learn.

Like how there are some people you can trust, and some you must fear. And about who her family really is, and why her mother ran away from them all those years ago.

The Poison Garden by Alex Marwood is a suspenseful novel about the dark and dangerous world of cults. When the majority of the members of a dark and secretive Doomsday cult are found dead in an apparent poisoning suicide, the sole adult survivor, Romy, must learn to navigate the real world. She’s 22, pregnant, and full of secrets. What really happened at Plas Golau and how did everyone die?

The structure of the novel is what will keep readers utterly absorbed in the story. The novel switches back and forth, between past and present. Slowly, we come to understand what Pla Golau was really like, who was in charge, how the commune ran, and how they all died.

We come to realise just how brainwashed all the cult members were. They’re all preparing for the end of the world, but there are many cracks in the foundation of their cult. Everyone is assigned chores each day, with strict rules that they must follow. Lucien (Father) chooses a new girl each solstice to begin sexual relations with in the hope of getting her pregnant. But no one seems to question how young the girls are, and how Lucien only seems to choose the attractive ones each year.

Romy’s mother joined the cult when Romy was a baby, and so Romy is never considered very special because she wasn’t ‘created’ in the commune. However, her mother gives birth to two children while in the cult and the middle child — Eden — is the daughter of Lucien. And she’s doted upon by the other cult members. Even after the mass suicide, when Romy, Eden and their brother Ilo are still alive and trying to navigate the real world, Eden has a sense of entitlement. She thinks she’s some sort of saviour because Lucien is her father.

“It is very quiet. Not really. It’s just a completely different sort of loud from the rural sounds of Plas Golau. The sound of traffic outside, the rumble of the machines downstairs. I have the windows open, for the heat is stifling on a sunny day in October.”

Alex Marwood builds tension and unease really skilfully — as you read the storyline of the past, you can see the deaths coming. You can also sense a lot of other incredibly problematic and disturbing things that are happening within the cult.

There are a group of vile boys who make a habit of preying on young, drunk girls whenever the cult celebrates the solstice with a boozy party. Lucien’s son returns to the cult — now an adult — and he appears to have a hidden agenda. And whenever children die, which seems to happen fairly often, their bodies disappear and they are never spoken about again.

The writing is sharp and evocative. The reader gets a strong sense of place from The Poison Garden — Alex Marwood has done a fantastic job of capturing the entire world of Plas Golau. I found it easy to imagine all of it. Personally, I loved the ‘past’ storyline more than the present storyline, but I think that’s because of my fascination with cults.

“She stays until she’s sure I’m not going to burn myself to death. She shows me how to work the gas cooker, how to turn on the TV and where the meters are for the payment keys, and advises me to clean the fridge before I put anything in it.”

The only flaw I noticed with the book is the characterisation of Aunt Sarah. SPOILER ALERT: the evolution of her character doesn’t make much sense to me, and I felt like it didn’t fit in with how she was initially presented to readers. She’s a single woman whose reckless sister left the family decades earlier after falling pregnant at a young age. She distanced herself from her parents, and when the mass suicide happens at Plas Golau, Sarah’s sister is named as one of the dead.

Sarah’s niece and nephew — Ilo and Eden — are suddenly landed with her from social services. They’re teenagers but completely clueless about how the world works. They’re obviously very traumatised and disturbed by their years in the cult. Sarah is overwhelmed by their presence in her life, but she wants the best for them. She’s helpful, instructive, and she fights on their behalf when there are issues at school.

But then, and this is seriously spoilery, at the end of the novel she follows Romy and Ilo to a commune established by another dangerous cult leader. What? Huh? Why is Sarah there? I understand Romy and Ilo’s motivations, but Sarah? That ending didn’t feel organic. Sarah doesn’t seem like the kind of character who would join a cult.

“He squalls his way into the world when the fruit harvest is at its height and Romy doesn’t hear about it, or notice that her mother is missing, for two days. Anyone at Plas Golau who can walk and understand simple instructions is out in the orchards, and his birth has attracted none of the pleasurable anticipation that Eden’s did.”

Despite that, I highly recommend The Poison Garden, particularly if you’re intrigued by suspense, thriller, secrets, and cults.