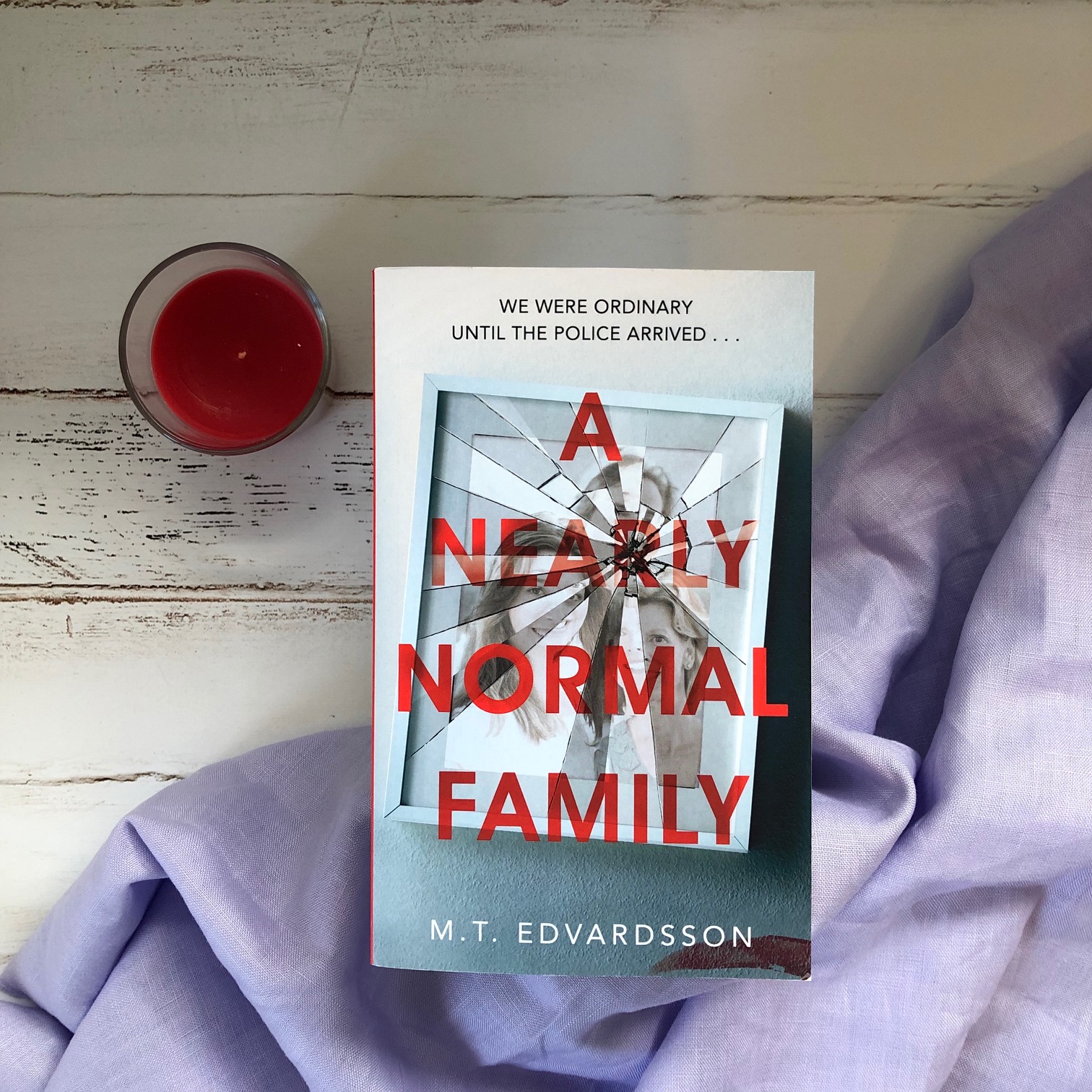 A Nearly Normal Family is the psychological thriller from M. T. Edvardsson and asks what would you do if your child was suspected of murder, how far would you go to protect them? Do you want to know the truth?

Every murder case starts with a suspect. What if the suspect is your daughter? Would you believe her, or the evidence against her?

The Father believes his daughter has been framed.
The Mother believes she is hiding something.
The Daughter believes they have no idea what she’s truly capable of . . .

There are three sides to the story. And the truth will shatter this family to pieces.

A Nearly Normal Family by M.T Edvardsson is a Scandinavian crime novel, the victim being a man in this 30s and the suspect a young teenage girl who seems the most unsuspecting type. The novel is an exploration of domestic drama and family in crisis.

18 year old Stella Sandell is a rebellious teenager who has a history of being aggressive and having a short fuse. Her parents re overprotective and are at a loss of how to help her, but they’re also in denial about how bad her behaviour really is. And then, she’s charged with murder.

“I have gone against everything I believed in. The law has been my religion. It certainly has its faults, rather extensive ones in some respects, but still I firmly believe the law to be the pillar and guiding light of a modern society.”

The book is divided into three sections, each written in first person — the father, the daughter, the mother. The father is the weakest section, which is a shame because it’s the first section. The writing is inconsistent and the character — Adam — is overdramatic and unlikeable. The language is overly affectionate for the situation and Adam comes across over the top, cringeworthy, and his ‘voice’ is very unrealistic for a man of his age and position. I doubted my ability to finish the book, and probably wouldn’t have, if it weren’t for the mystery. I wanted to know who had murdered the man found dead in their suburb.

Another element I didn’t like about Adam’s narrative was the constant mention of religion and God. Adam is a pastor and therefore an honourable and trustworthy pillar of the community. But, in his POV, he references God and religion a lot, and it doesn’t feel natural. At times, I felt like the author was preaching to me and I had to skip ahead.

Once part one ended and we moved onto the daughter’s POV, I found it much easier to settle into the narrative.

“On that Saturday night when our lives were about to change, I turned to God. I was worried about the stained blouse in the washing machine. I made the snap decision not to mention it to Ulrika. Those stains could be from anything, it didn’t necessarily mean much, and there was no reason to subject Ulrika to further anxiety.”

Unreliable narrators is a common thread across all three parts in the book — Adam is willing to deceive and lie in order to save his daughter, Stella won’t tell the whole truth, and Ulrika seems to know more than she’s letting on. As the book progresses, the truth of that night slowly reveals itself.

The ending is plausible, realistic, and surprising, but a little too convenient. However, readers will find themselves satisfied with the ending, and the twists and turns that lead them there.

“It’s all about control. People never believe that. In their minds, the need for control is a characteristic of that sort of pendant who loses it if a paper end sup in the wrong pile on their desk, the type who sorts their wardrobe by exact shades of colour…but this is a different sort of control. It’s about not losing face. Not letting anyone get too close.”

Recommended for fans of crime and thrillers. The writing is average and there is a lot of repetition, but the mystery is enough to keep you reading.