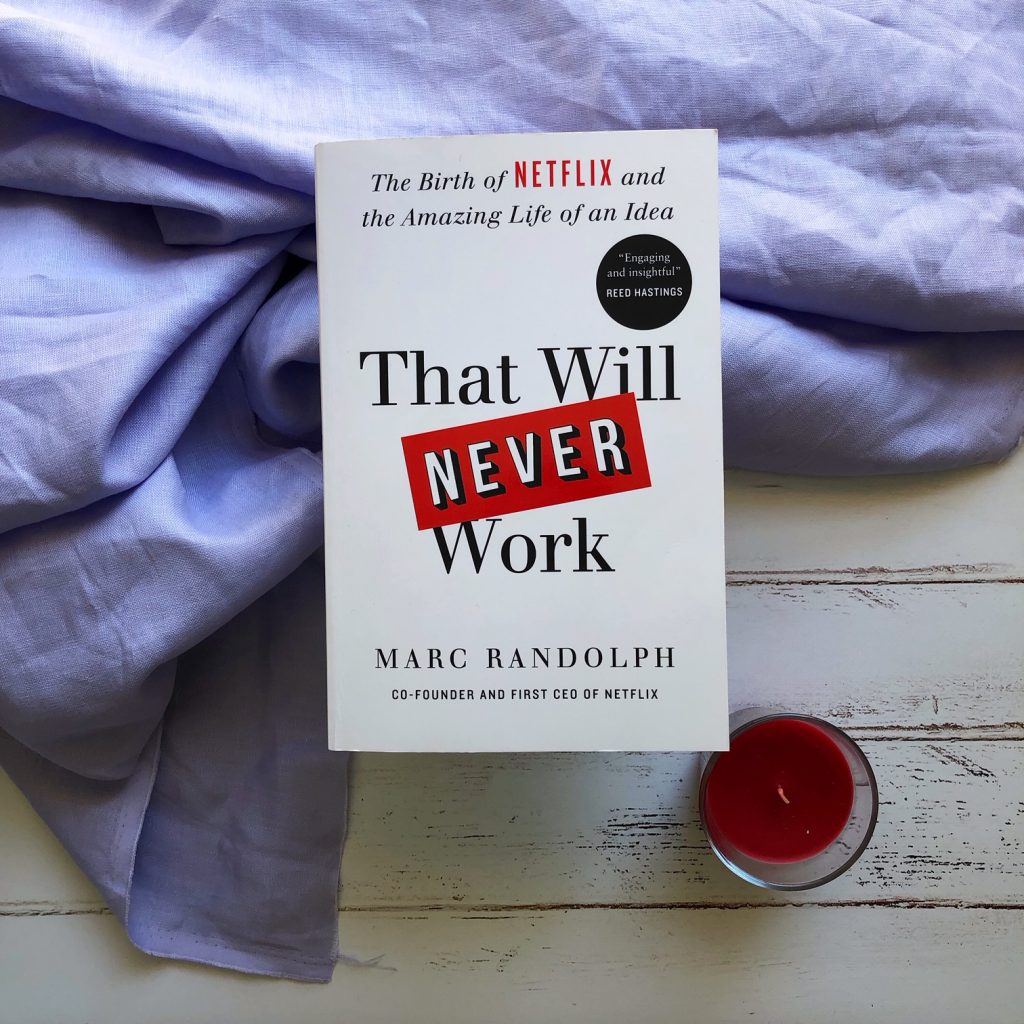 The incredible untold story of how Netflix went from concept to company — all revealed by co-founder and first CEO Marc Randolph.

Once upon a time, brick-and-mortar video stores were king. Late fees were ubiquitous, video-streaming unheard of, and widespread DVD adoption seemed about as imminent as flying cars. These were the widely accepted laws of the land in 1997 when Marc Randolph had an idea.

It was a simple thought – leveraging the internet to rent movies – and was just one of many more proposals that Randolph would pitch to his business partner, Reed Hastings, on their commute to work each morning. But Hastings was intrigued, and the pair – with Hastings as the primary investor and Randolph as the CEO – founded a company.

Now with over 150 million subscribers, Netflix’s triumph feels inevitable but the twenty-first century’s most disruptive start-up began with few believers and calamity at every turn.

From idea generation to team building to knowing when it’s time to let go, That Will Never Work is not only the ultimate follow-your-dreams parable but also one of the most dramatic and insightful entrepreneurial stories of our time.

Written by co-founder and former CEO Marc Randolph, That Will Never Work is the behind-the-scenes origin story of Netflix, and how it went from idea to global brand.

It’s clear from the first few pages that Marc Randolph always preferred to work for himself. He’d previously co-founded the magazine MacUser and also worked in the marketing department of a software giant. But it wasn’t enough — it wasn’t what he wanted to continue doing. Every day on their way to work, Marc would pitch ideas to his friend Reed Hastings, who had the brains to recognise a good business prospect and the money to fund a start-up. Some of Marc’s ideas included personalised dog food, personalised baseball bats, and a shampoo delivery service.

And then Marc thought of renting videotapes.

“Every idea I brought to the whiteboard was bad, even if Christina and Te’s research made it clear just how implausible some of my middle-of-the-night revelations for a new business were, I knew that eventually we’d land on something good.”

That Will Never Work highlights Marc’s motivation and determination, his hard work and his never-give-up attitude. After he and Reed founded Netflix, Marc worked long hours every day to achieve everything that needed to be ticked off the To Do list. He employed a small, dedicated group of staff to help with the necessary tasks, and with every new problem that arose — and there were a lot — he had to find a way to solve them.

When I finished this book, I didn’t think that Marc’s success was ‘lucky’. His success was earned. He worked incredibly hard to build that company, and with a little help from investors and employees who knew more about postal services, finances, HR, PR, web design etc, he was able to launch Netflix.

I lost count of how many times things unravelled in the team while they were in the beginning stages of launching Netflix — technology they didn’t understand, posting systems that didn’t allow for what they wanted, servers that weren’t equipped to handle launch day. It wasn’t smooth sailing, and even when they solved one issue, something major was around the corner.

You can’t read this book and not feel complete admiration for the entire team in those beginning years. They’re the reason Netflix is now a global giant; they put blood, sweat and tears into launching the brand.

“I was learning that when you’re in charge, it ultimately falls on you to ensure that the most basic elements of office life — telephones, printers, staples for the stapler — are there for your workers…Not only that, I had to make decisions about things I’d never considered. Did we want the office cleaned weekly or biweekly? How do you organise keys? Which bank should we use?”

Towards the end, when Marc discusses his departure from the company, some of the language and vocabulary reads a little bitter. It feels like Marc is continually trying to justify why he left the company — like he’s trying to convince the reader that he made the right decision at the time. I think the ending could’ve been edited a bit more, perhaps to take out some of the emotional information and conclude it on more of a practical note.

It is rather funny to read about their failed meeting with Amazon and Blockbuster, considering Blockbuster is now practically non-existent and Amazon had the chance to absorb an incoming Netflix, and instead, opened up the gates for a major competitor.

This book will only interest people who read the blurb and feel intrigued. I love reading about the conceptual journey of major companies — I find the journey from idea to fame completely fascinating. This book is for people like me. Highly recommend.

That Will Never Work: The Birth of Netflix and the Amazing Life of an Idea
Marc Randolph
October 2019
Hachette Publishers