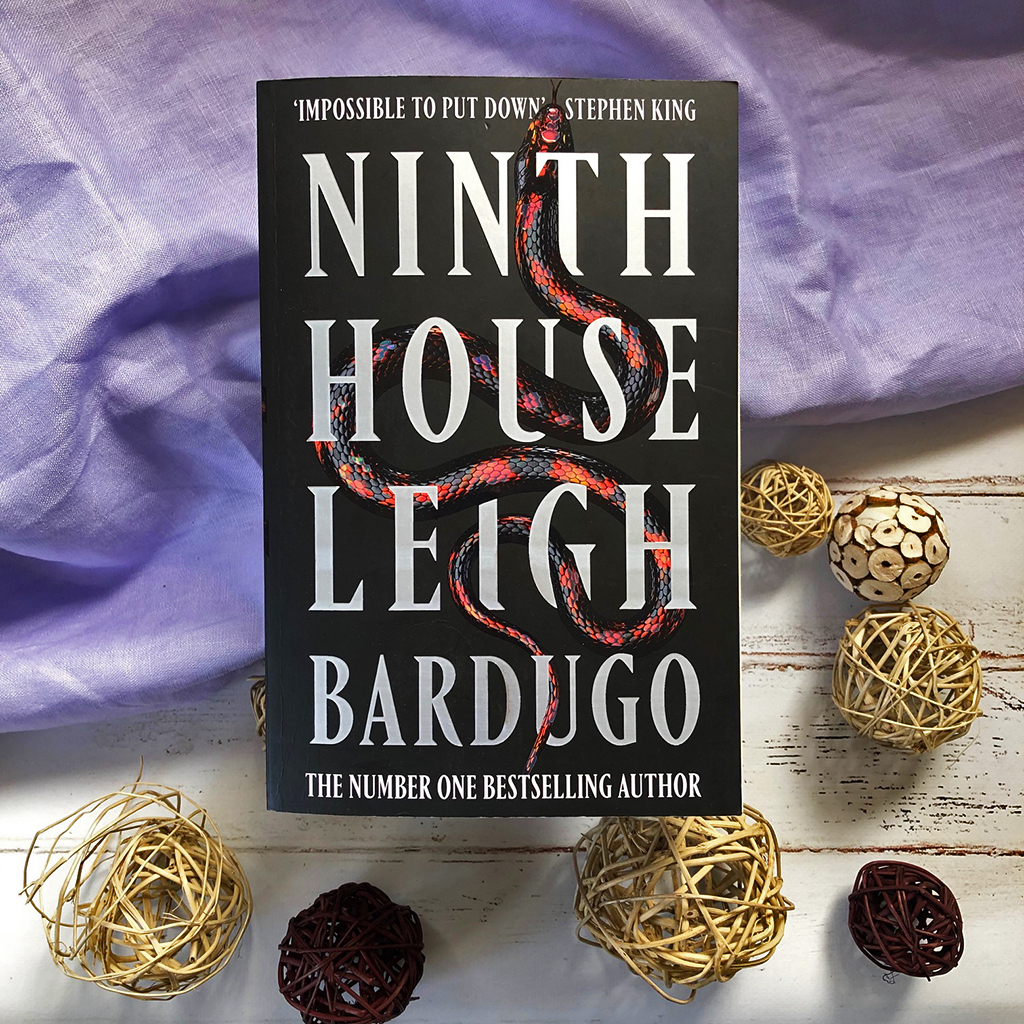 The mesmerising adult debut from Leigh Bardugo. A tale of power, privilege, dark magic and murder set among the Ivy League elite. Alex Stern is the most unlikely member of Yale’s freshman class. A dropout and the sole survivor of a horrific, unsolved crime – the last thing she wants is to cause trouble. Not when Yale was supposed to be her fresh start. But a free ride to one of the world’s most prestigious universities was bound to come with a catch.

Alex has been tasked with monitoring the mysterious activities of Yale’s secret societies – societies that have yielded some of the most famous and influential people in the world. Now there’s a dead girl on campus and Alex seems to be the only person who won’t accept the neat answer the police and campus administration have come up with for her murder.

Because Alex knows the secret societies are far more sinister and extraordinary than anyone ever imagined.

They tamper with forbidden magic. They raise the dead. And, sometimes, they prey on the living . . .

Ninth House by Leigh Bardugo is an adult fantasy novel, and the first in a new series with protagonist Alex Stern.

Alex Stern is recruited to work for the mysterious and secretive Lethe society at Yale simply because she can see ghosts. Her job is to the oversee the other secret societies at the college, and make sure their rituals and practices are above board. When a young girl is murdered on campus grounds, Alex endeavours to uncover who murdered her and why.

The world is original and intriguing — at its core, it’s about a girl who needs to heal from her past. Alex Stern can see ghosts and she’s had some horrible trauma throughout her childhood/teenage years. This book is also about revenge, murder, conspiracy theories, magic, power, and secret societies at Yale university that work with magic.

“If they could find him. If they could somehow bring him home from whatever dark place he’d gone. In less than a week they’d attempt the new-moon rite. Alex didn’t understand the specifics, only that Dean Sandow believed it would work and that, until it did, her job was to make sure that no one asked too many questions about Lethe’s missing golden boy.”

After browsing all of the glowing reviews for this title, I definitely think there’s some sort of disconnect between me and this book. I thought it was…fine. I read it, enjoyed it, and finished it. Did I think it was exceptional? No. Was I underwhelmed after reading all the pre-publication buzz? Yes.

There is a distinct lack of introduction to the world, or credible world-building. Alex Stern has the rare ability to see Grays — ghosts who have yet to move on from their time on earth — and we’re thrown head first into this fantasy world with very little explanation. I had to reread chapters 1 and 2, twice.

The pacing is also incredibly slow throughout the book, and I’m not sure that the plot holds enough tension to justify the slow pacing.

“A cluster of Grays was mulling around by the gym. Alex let her eyes skim over them, landing nowhere, barely focused. A few were local Grays who could always be found in the area, a rower who had drowned off the Florida Keys but who now returned to haunt the training tanks, a heavyset man who had clearly once been a football player.”

Characterisation is a strength of the book — Alex is a high school dropout, drug addict, and her best friend recently died under suspicious circumstances. Her relationship with her mother is fractured, and her grades at Yale so far have been sub par. Her time at Yale helps her understand her gift — to trust it — and over the course of the novel, she grows and matures and comes to understand who she is as a person.

There’s a particularly fantastic moment in the book when Alex gets revenge on a sexist, abusive college boy called Blake — this could well be my favourite plot point in Ninth House. Lips are sealed!

Leigh’s language and prose is another strength in the book — the sentences feel decadent, indulgent, and inviting.

“As Darlington had known they would, the Grays began to appear, drifting through the walls, drawn by blood and hope. When at last the blood tide reached the end of the parchment, the Aurelians each lowered their sleeves, letting them brush the soaked paper.”

You’ve really got to love fantasy to read Ninth House. You’re thrust into a world with very little explanation, and to wade through that and continue on, you need to love the genre. Otherwise, you’ll just leave this book incomplete.

Personally, I thought this was just okay. I liked the twists at the end, and how it opened up for the sequel, but I felt quite let down with the book as a whole.

Recommended for fantasy lovers, 18+. This book is very dark, and deals with mature themes — rape, sexual assault, murder, suicide, drug overdose, self-harm — and is not recommended for children or young adults under the age of 18.