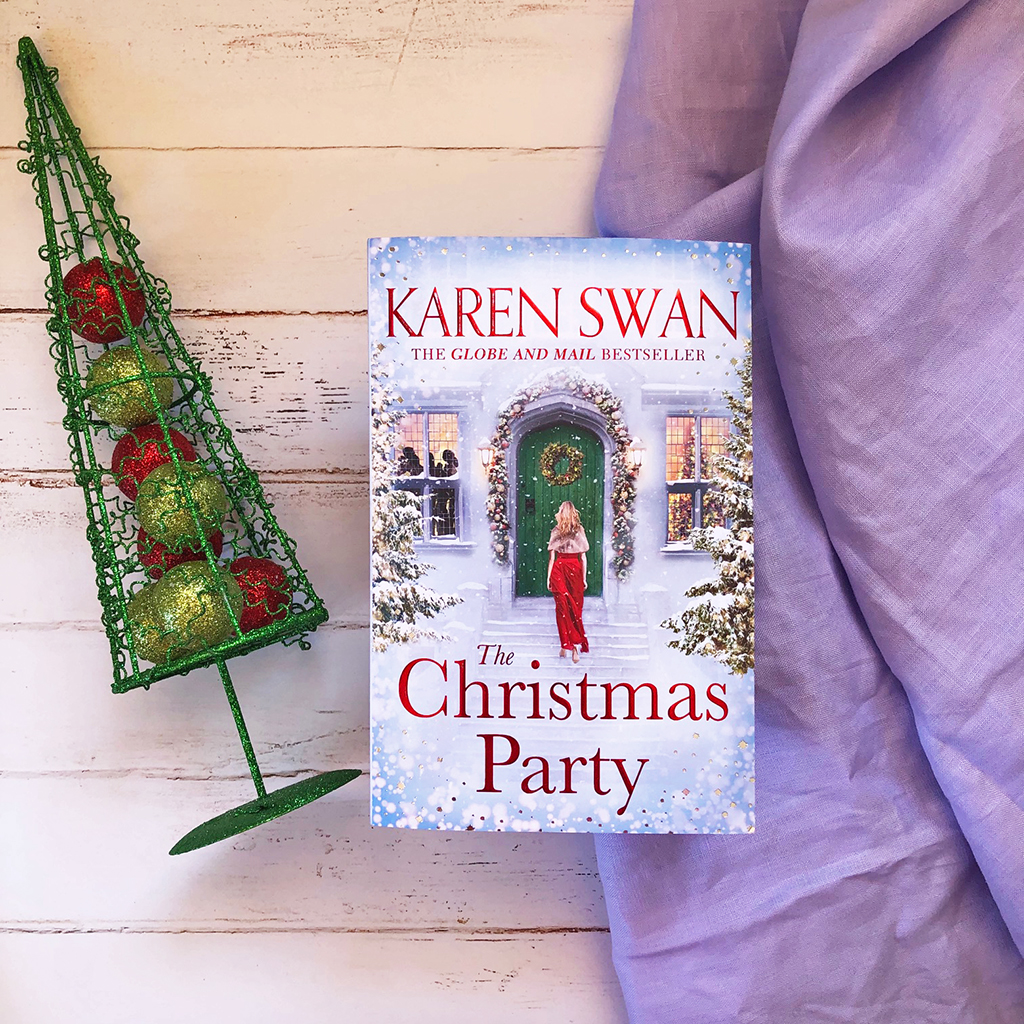 When Declan Lorne, the last remaining knight in Ireland, dies suddenly, an ancient title passes with him. But his estate on Ireland’s rugged south-west coast is left to his three daughters. The two eldest, Ottie and Pip, inherit in line with expectations, but to everyone’s surprise – and dismay – it is the errant baby of the family, Willow, who gets the castle.

Why her? Something unknown – something terrible – made her turn her back on her family three years earlier, escaping to Dublin and vowing never to return. So when Willow quickly announces she is selling up, her revenge seems sweet and the once-close sisters are pushed to breaking point: in desperation, Pip risks everything to secure her own future, and Ottie makes a decision that will ruin lives. It’s each woman for herself.

Before moving in, Connor Shaye, the prospective new owner, negotiates throwing a lavish party at the castle just days before Christmas – his hello, their goodbye. But as their secrets begin to catch up with them, Ottie, Willow and Pip are forced to ask themselves which is harder: stepping into the future, or letting go of the past?

The Christmas Party by Karen Swan is a joyous holiday novel about family, legacy, sisterhood, and long-held secrets.

After her father dies suddenly, Willow returns home to Ireland. Surprisingly, her father’s will reveals that Willow is to inherit the desired family castle. The sisters are surprised and disappointed, and their mother shocked.

But the castle doesn’t come without its complications. It’s expensive to run and the estate isn’t making enough money to sustain itself. The family are in a lot of debt and Willow makes the decision to sell the castle. This acts as a catalyst for the family, forcing them to face their tensions and their conflicts.

“If she sold Lorne, she’d be rich. She could go anywhere, do anything, be anyone. Wasn’t that worth the shame and the guilt that had been placed at her door? After all, her life had already changed anyway, the horrors of three years earlier, forcing her to move away from here and everything she had ever known and loved.”

Sisterhood is a strong element to the novel. The POV switches between Ottie, Pip and Willow, who are all trying to navigate their way through this new phase of their lives. Their dad has died, they’re mourning but they’re also trying to work out what to do with the estate, and the three sisters aren’t overly close. There’s an obvious wedge between each of them, and over the course of the novel they must learnt to understand and overcome their issues and move on as a family.

Ottie is the oldest sister and she expected she’d inherit the castle. She’s worked the hardest and the longest, and she was the most devoted. She sacrificed a lot to stay with her dad and help him with the estate.

Pip runs the trekking business on the estate. She’s a tomboy, loves horses, and struggles to trust others. She needs to learn to let others in, and forgive past mistakes.

Willow left home years earlier because of a secret she discovered. Now, she’s home and that secret is about to be unleashed.

“But if their love had started out as an accident, it had become a very deliberate secret and she, for one, was exhausted keeping it. Life was short, her father’s death at fifty-eight proved that. Surely they had to live for today and grab their tomorrows with both hands?”

Setting always holds a strong presence in Karen Swan’s novels, sweeping the reader into this grand tale of exotic, intriguing locations that we all fall into.

Additionally, Karen is really skilled at balancing plot and character, incorporating plenty of drama in her storylines but also delving deep enough into the character POVs that you fall in love with each of the main characters.

“The wind was punishing, pushing them back as they rode headlong into it on the quads. Ottie felt her eyes stream, her heart pounding fast as she tried to keep up. Bertie, driving just ahead, was like a man possessed…his reputation was on the line.”

A sweeping tale that explores familial responsibility and family legacy, sisterhood and relationships, and trusting your instinct.

I’ve read most of Karen’s novels and have enjoyed them all — Christmas is my favourite time of the year and most of her novels are heavily Christmas-themed. There’s plenty of romance, parties, and themed events. Recommended for romance readers.