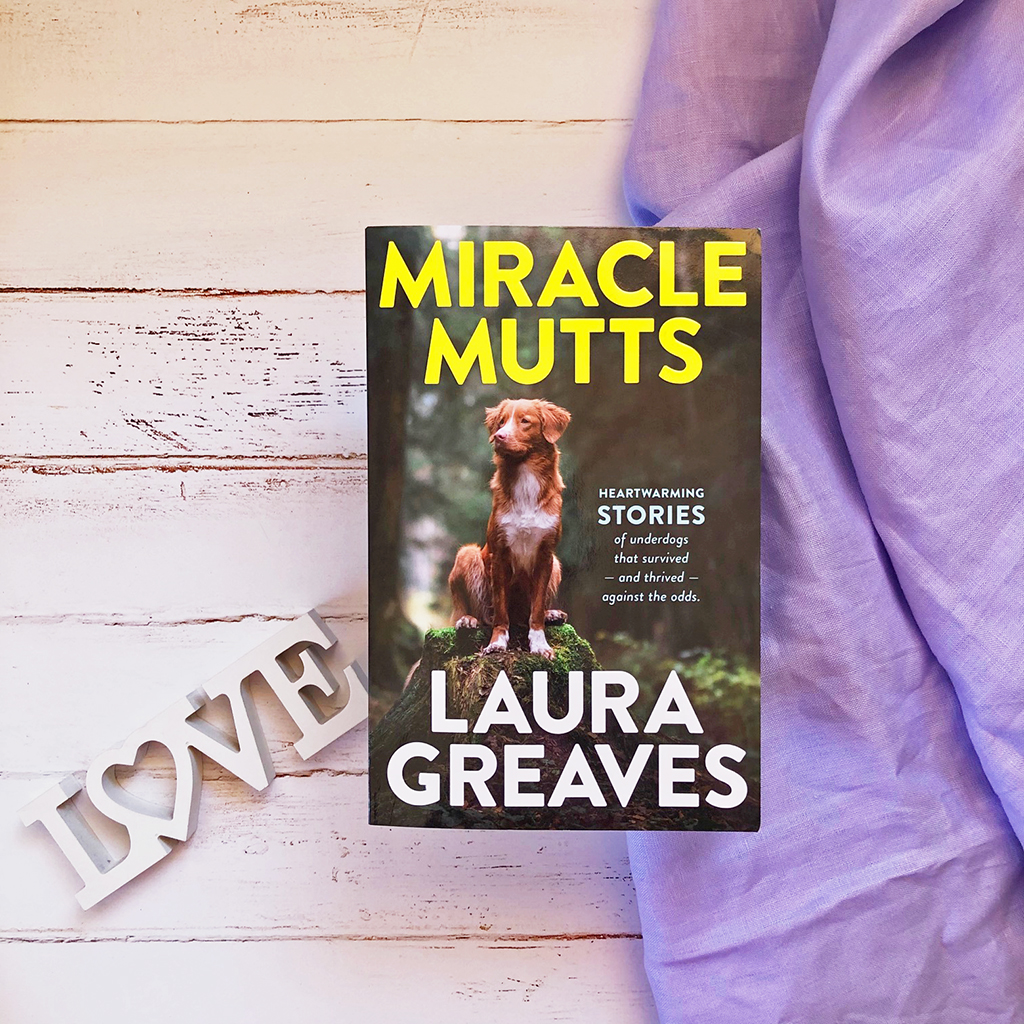 Heartwarming stories of dogs that survived – and thrived – against the odds.

It’s no secret that dogs have indomitable spirits, that they’re tireless workers and have boundless energy. But it’s when everything seems hopeless that their grit and determination really shines through. Whether sick or injured, lost or abandoned, recovering from cruelty or neglect, it’s the underdogs of the world who have the most to teach us.

Dogs like Jake the bulldog, who was found unresponsive in a burning house but was revived by puppy CPR and now serves as a mascot for the fire crew that saved his life; Guy the beagle, discovered alone in the woods, desperately underweight, only to be adopted by Meghan Markle and become a four-legged part of the royal family; and Maggie, blinded by eye infections and shot 17 times, but still living her life with such relentless positivity that she provides support to stressed-out students and aged-care residents.

Miracle Mutts shares the stories of miraculous dogs like these, dogs who conquered seemingly insurmountable odds, dogs whose futures seemed bleak, dogs that weren’t expected to make it – but triumphed and thrived in the face of incredible adversity.

Miracle Mutts by Laura Greaves is the most uplifting, inspiring book for dog lovers — so many good doggos feature within these pages, so many resilient and determined young pups who experienced a catastrophic incident but turned it around and lived a happy and healthy life.

Another day, another dog book that made me tear up on public transport.

Miracle Mutts tells the story of 15 dogs who escaped possible death, from burns survivor Fergus to amputee Kali to a gorgeous greyhound called Millie whose front paw was mangled and almost completely cut off.

The dogs in the book aren’t just from Australia — Laura shines a spotlight on dogs from other locations such as Bali and Sri Lanka, and gives an insight into what life is like for dogs in those places and the limitations that they have simply because proper health and care is not always available.

“Ann’s mind raced with possibilities. What if the torrential rain had washed away his scent and he couldn’t retrace his steps? What if he’d been injured in the inclement weather? Charlie was registered and microchipped, but what if someone had picked him up and spirited him away?”

Exhaustive research and interviews have gone into this book — Laura speaks with multiple people who were involved in each dog’s journey to find out as much about what happened as possible.

In some of the chapters, the stories don’t just involve the dogs’ struggle, but their owners too. Some families experience heartache and are mourning family members, and their dogs play a vital role in helping their owner overcome grief and loss.

Your heart breaks in some parts of the book — there’s a pregnant dog who was sleeping in a field in Sri Lanka when a harvester machine accidentally drove over her and severed three of her legs. She lay bleeding for half a day before anyone found her, and then it was another half day to get her to veterinary help. Miraculously, the dog lived.

“To the man’s horror, Oscar did exactly that, launching himself over the balustrade and plummeting at least 15 metres to the ground below. Why did he do it? Nobody can say for sure, but it wasn’t entirely unexpected given his breed’s high prey drive and proficiency as escapologists.”

Readers will enjoy the story of how Meghan Markle adopted her dog, choosing him from a rescue centre many years before she married Prince Harry. Readers will also love the story of Jake, who was caught in a fire when he was a puppy and was rescued by a fire-fighter who later adopted him.

Recommended for dog lovers, and readers looking for something heartwarming. It’s hard to read this and not feel uplifted or inspired. What a joyous book of stories.