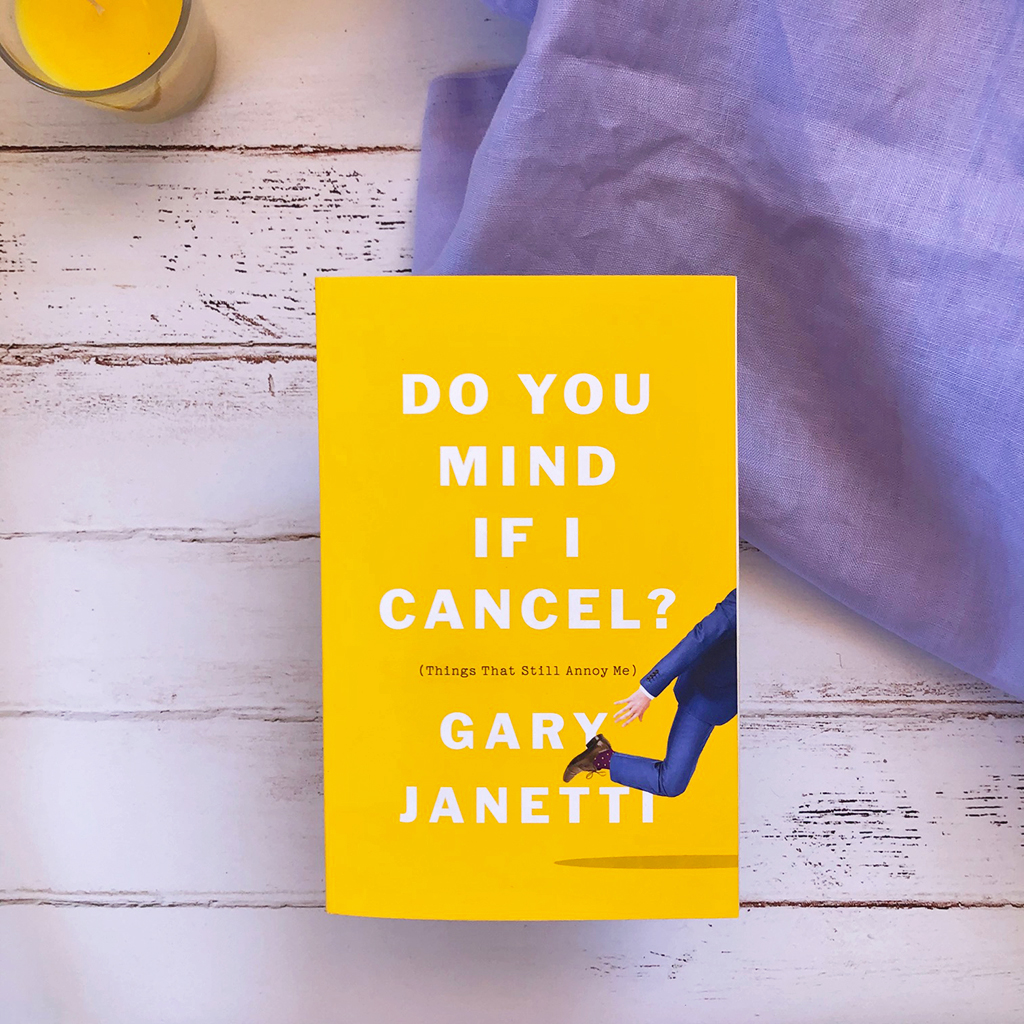 With over 800,000 followers on social media, Gary Janetti has quickly become a viral sensation, but here in Do You Mind If I Cancel?, the man behind the most wickedly funny memes on the Internet turns his attention away from the royal family, and squarely to the realm of everyday life.

He takes on the humiliations of applying for a job, the excitement of moving to New York, and reflects on growing up, and coming out. “These are essays from my childhood and young adulthood about things that still annoy me,” says Gary.

But the book is not just a laugh out loud riot. In the vein of David Sedaris, and Jenny Lawson, the collection is also a deeply felt work of literary nonfiction, exploring the complexities of family, frustrations of careers, and the paradox of life where sometimes everything is irritating, and also wonderful. Original, brazen, and laugh out loud funny, Do You Mind If I Cancel? marks the arrival of a remarkably exciting new voice in American humor.

Do You Mind I I Cancel? is a collection of personal essays from comedic TV writer Gary Janetti, known as one of the writers for Will and Grace and Family Guy.

The book is compact, funny and each chapter takes a different focus on Gary’s life — he reflects on things he’s learned, people he knew, and jobs he had. For most of the book, he talks about being in his late 20s, working low-paying jobs New York City and wanting to build a career as a writer and make it ‘big’ in the city.

“Working at the hotel is already giving me a lot of fodder for my novel, I decide. Too much to keep track of even. I intend to start carrying a little notebook around with me to write down all my thoughts and ideas. And then basically type that up and there you go.”

The essays aren’t ordered chronologically, and at times it’s hard to keep track of where we’re at but each story is funny enough to ease the reader into the chapter.

Many of the chapters also talk about Gary’s sexual orientation and about his younger self coming out as gay. The essays talk about past boyfriends, past crushes, and Gary’s reflection on his younger, gay self. This reflection is wise and insightful as well as funny.

“I audition and am accepted (anybody willing to write the check pretty much gets in, but I don’t know that — but deep down I do) to the twice-weekly three-hour classes.”

Gary’s writing is tonally perfect, whip-smart and will be quick to make reader’s laugh. I was worried that some of the humour or even some of the references would be very American, and therefore it’d be hard to relate, but I didn’t have an issue with this. Everything landed — a quick read and a good read.

“After hours of being barked at with a laundry list of increasingly labor-intensive, anally compulsive chores I begin to wonder if this guy is even gay. I’ve deliberately dusted all the highest shelves first in order to afford a glimpse of my midriff, but not even a glance.”

Gary is a well-known television writer but he doesn’t really touch on how he got his start in that field. A lot of the stories are from his teens and twenties, and then later in his forties. He must have some amazing stories from his early career as a writer, and building up his career and I would’ve liked it if more of that time was included in this book.

I didn’t know who Gary was before reading this book, and so I don’t think you have to in order to enjoy this read. Love comedic essays? Love reading about how successful people lived their life before they were successful? Then this book is for you.

Do You Mind If I Cancel? (Things That Still Annoy Me)
Gary Janetti
November 2019
Pan Macmillan Publishers