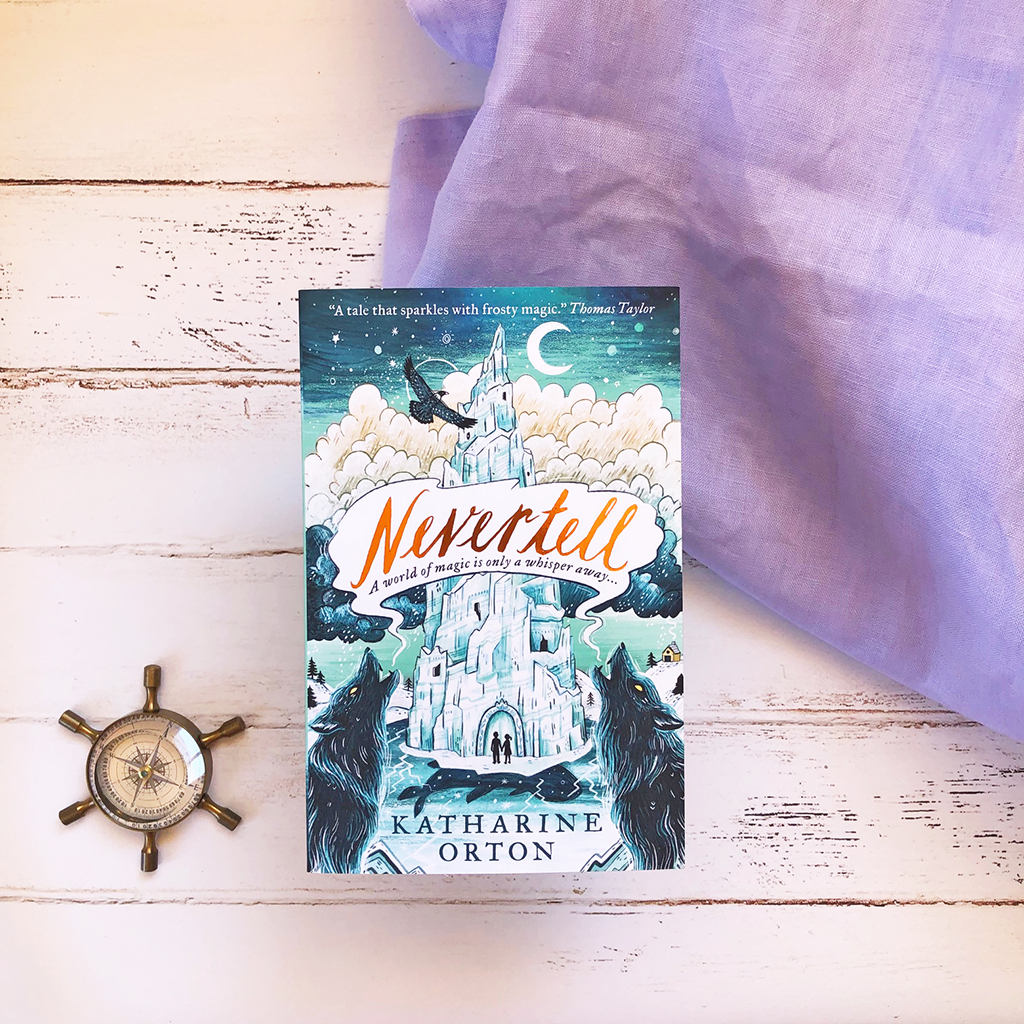 A gorgeous, snowy adventure, set in the wilds of Siberia, full of magic and wonder, for junior readers.

A world of magic is only a whisper away… Born in a Soviet prison camp, Lina has never seen the world outside until the night she escapes with her best friend, Bogdan. As the pair journey across a snowy wilderness, they are pursued by a vengeful sorceress and her pack of shadow wolves. The children will need every ounce of courage – and a whisper of magic – if they are to survive…

Nevertell by Katharine Orton is a debut children’s fantasy novel about two young kids who escape a prison camp, in search of freedom and family.

Written in third person, Lina and her best friend Bogdan escape a prison camp — the only home they’ve ever known — in search of safety with Lina’s grandmother in Moscow. The escape and subsequent journey is as treacherous as the prison camp itself, which was home to ruthless guards and horrid conditions.

Lina and Bogdan show incredible courage, determination and strength on their journey. Lina must also learn to trust her own magic and powers, and embrace them to fight off enemies.

“They found snowdrifts with the torch and dug shelters with their hands — under Gleb’s instruction. They started low and dug a tunnel upwards into the drift. The angle would help keep warmth in, apparently. Then they scooped out a hollow that could fit one or two people inside, as long as they crouched or lay flat.”

Set in Siberia, setting and atmosphere are the strongest elements of this novel. Nevertell is set during Winter and the reader can really feel the cold temperatures, the snow, the ice, the mist and the dangerous weather that threatens to harm.

Nevertell is also set during Stalin’s reign so at the beginning it feels like a children’s historical fiction novel, but magic is embedded throughout this book and the environment, and the reader is whisked off into an enchanting journey about survival, family and friendship.

Another strength is the pacing — it’s fast, quick, and moves between scenes seamlessly. Every chapter is necessary to the storyline, and I imagine children will love all the twists and turns they find in this book.

“Lina led the way, first of all inching along the dark corridor, then up the spiralling steps of frozen stone, clinging to the gold bannister. The way out ought to be just up these stairs and through the hallway. They were so close.”

Lina’s family history holds many secrets, and it isn’t far into the book that we discover Lina has the unique ability to grow food, which is incredibly helpful to her journey from prison camp to safety. Although, I found the magic in the book a little confusing and under-explained. I don’t know that I fully understood the magic system, just Lina’s special ability. I do think more attention should’ve been given when setting up the system, and explaining it to readers.

Additionally, some of the characters felt a little one-dimensional and stereotypical, with not much to add to the storyline except being a token ‘villain’. But other characters, such as Lina and Svetlana, are fantastic at drawing the reader in and keeping their focus.

“In the stories, Baby Yaga did sometimes help people. Other times, she tried to hurt them. Often, she tried to eat them. One thing was certain , though: Baby Yaga could never be trusted.”

Recommended for children aged 10+. There are some dark themes and plot points to be mindful of, but I don’t think this will deter young readers. If anything, it might just draw them in further.