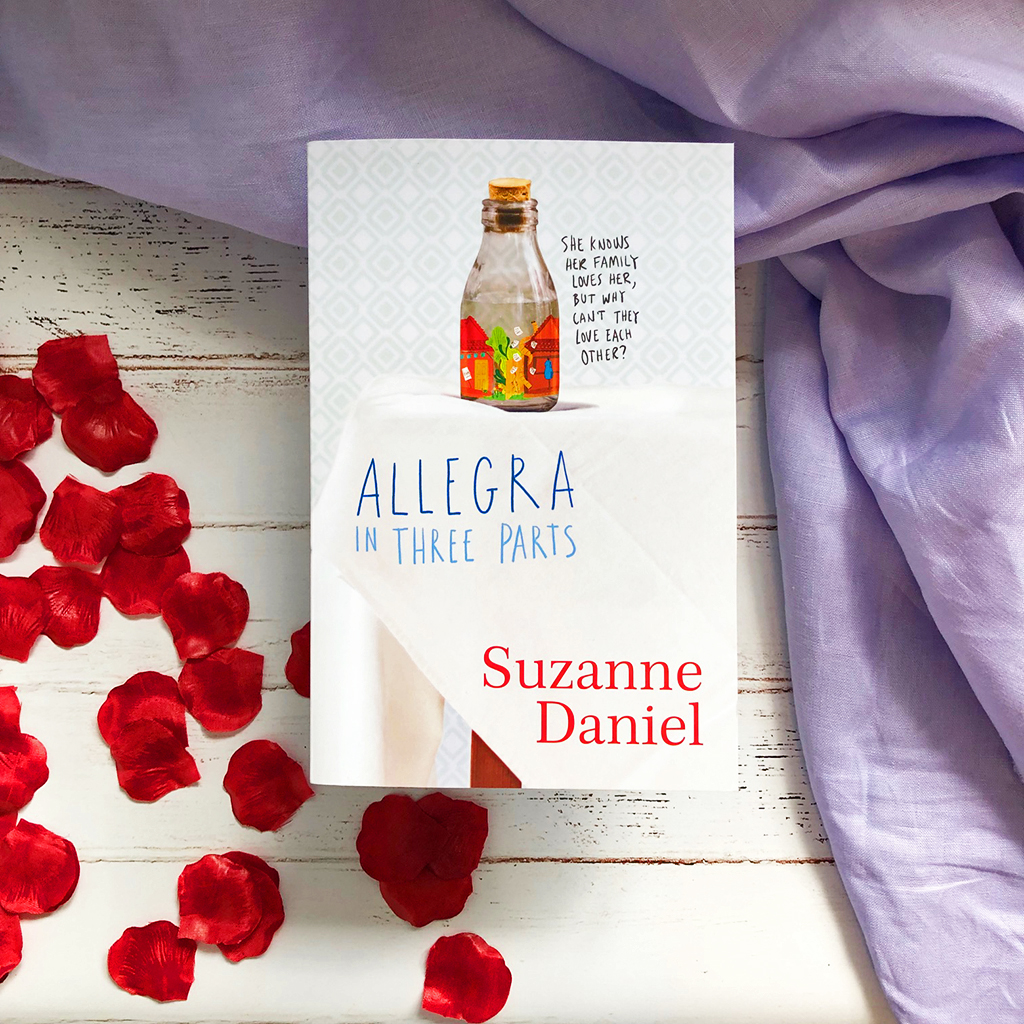 Eleven-year-old Allegra shuttles between her grandmothers who live next door to one another but couldn’t be more different. Matilde works all hours and instils discipline, duty and restraint. She insists that Allegra focus on her studies to become a doctor.

Meanwhile free-spirited Joy is full of colour, possibility and emotion, storing all her tears in little glass bottles. She is riding the second wave of the women’s movement in the company of her penny tortoise, Simone de Beauvoir, encouraging Ally to explore broad horizons and live her ‘true essence’.

And then there’s Rick who lives in a flat out the back and finds distraction in gambling and solace in surfing. He’s trying to be a good father to Al Pal, while grieving the woman who links them all but whose absence tears them apart.

Allegra is left to orbit these three worlds wishing they loved her a little less and liked each other a lot more. Until one day the unspoken tragedy that’s created this division explodes within the person they all cherish most.

Allegra in Three Parts by Suzanne Daniel is a debut coming-of-age story recommended for adult readers, exploring identity and adolescence and the rise of feminism and activism in the 1970s.

Allegra’s mother died when she was very young, so Allegra has been raised by her two grandmothers Matilde and Joy, and her father Rick. Allegra lives with Matilde but Joy lives next door and she and Allegra are very close. The two grandmothers, who were once close, no longer speak to each other because of some past disagreement that has been kept hidden from Allegra.

Predominantly character-driven, Allegra in Three Parts is equal parts entertaining as it is enriching. Suzanne has captured the era vividly, evoking nostalgic responses in readers. It was life before social media and smart phones, where many young children didn’t have televisions and their school teachers were nuns.

“I can split myself in two… something I have to do because of Joy and Matilde. They are my grandmothers and I love them both and they totally love me but they can’t stand each other.”

Allegra in Three Parts is an uplifting, moving novel full of heart and hope. It’s also playful and fun. 11-year-old Allegra’s innocence and curiosity is captured with tenderness and heart. She’s a fantastic protagonist, enticing the reader and keeping them interested until the final page.

I felt that the pacing was quite slow for what was a very minimal plot, but Allegra carries the story with her intrigue and her wonder for the world.

Set in Sydney, domestic violence is rife in Allegra’s neighbourhood. Her best friend Patricia has a violent father, and they’re not the only family looking to escape violence. Allegra in Three Parts features a large cast of strong, independent women who want to be in control of their decisions and their futures. As a result, many people in the neighbourhood — Allegra’s family included — come together to help victims of domestic violence.

“There on a hanger is a pale blue dress. It is the exact same colour — Oriental Blue — that I have loved ever since I first saw Kimberley’s complete set of seventy-two Derwent watercolour pencils when she displayed them, one by one, for show-and-tell in Second Class. It has a cream ruffle on each side of the bodice from the neck to the waist and cream piping around the cuffs.”

Capturing the voice of a tween is no easy feat, particularly when writing a book intended for adults. Sometimes, reading books from the voice of a young child can tire the reader (or perhaps annoy them, depending on the personality of the child), but Allegra is a fascinating character that all readers will enjoy meeting. She’s smart and confident, courageous and incredibly loving.

A few times in the novel I felt the girls in the story — particularly Allegra and Patricia — were a little too wise for their age, recognised in fleeting moments of dialogue between the children and the adults. Other than that, I found the characters incredibly authentic to the era, their ages and their experiences in life.