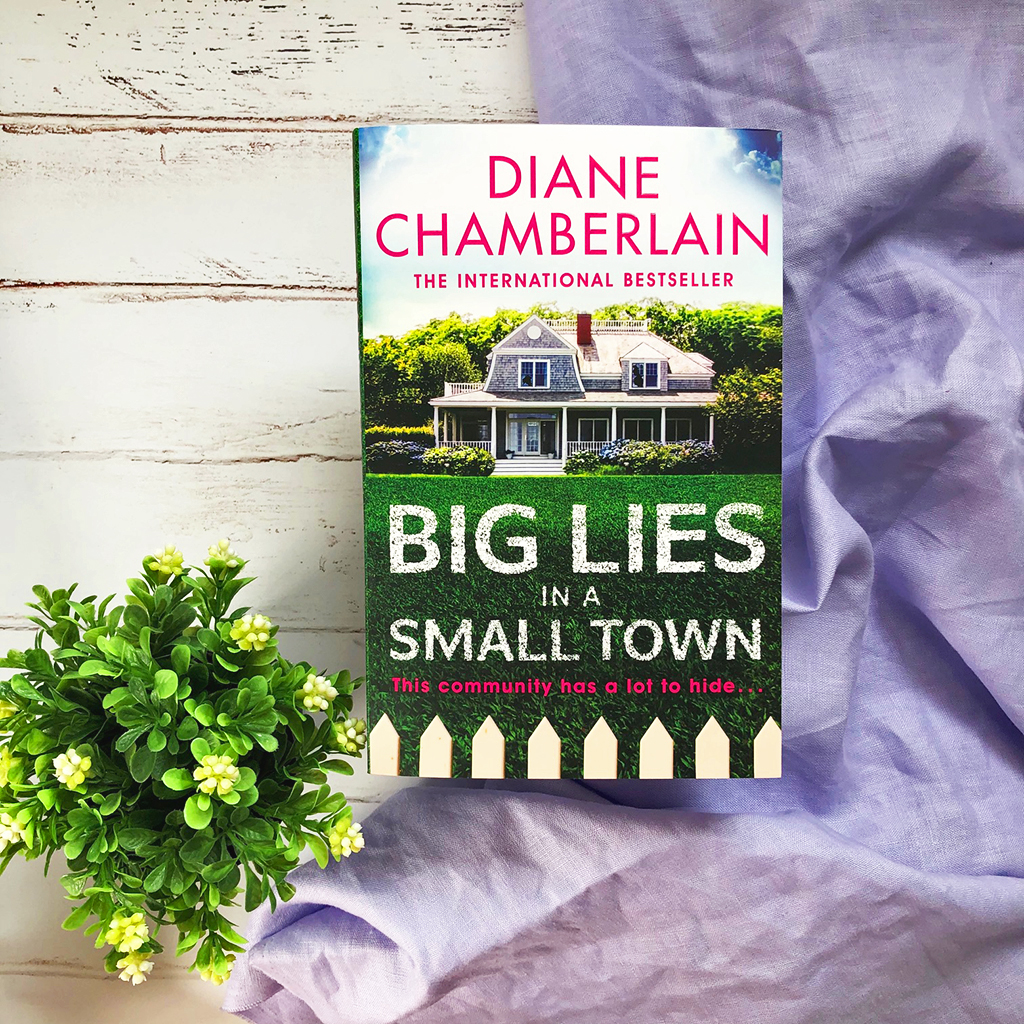 North Carolina, 2018: Morgan Christopher’s life has been derailed. Taking the fall for a crime she did not commit, she finds herself serving a three-year stint in the North Carolina Women’s Correctional Center. Her dream of a career in art is put on hold – until a mysterious visitor makes her an offer that will see her released immediately. Her assignment: restore an old post office mural in a sleepy southern town. Morgan knows nothing about art restoration, but desperate to leave prison, she accepts. What she finds under the layers of grime is a painting that tells the story of madness, violence, and a conspiracy of small town secrets.

North Carolina, 1940: Anna Dale, an artist from New Jersey, wins a national contest to paint a mural for the post office in Edenton, North Carolina. Alone in the world and desperate for work, she accepts. But what she doesn’t expect is to find herself immersed in a town where prejudices run deep, where people are hiding secrets behind closed doors, and where the price of being different might just end in murder.

What happened to Anna Dale? Are the clues hidden in the decrepit mural? Can Morgan overcome her own demons to discover what exists beneath the layers of lies?

Big Lies in a Small Town by Diane Chamberlain tracks two white artists living in a small town in North Carolina, 78 years apart. The storyline pivots around a mural that was commissioned for the small town, but was mysteriously never installed.

In 1940, 22-year-old artist Anna Dale wins an art contest and is chosen to paint a mural for the Edenton post office. She travels from New Jersey and lives in the town while completing the work.

In 2018, 22-year-old artist Morgan Christopher is serving time in prison for a DUI that resulted in a car accident. She’s offered parole if she moves to Edenton to restore the mural that Anna Dale abandoned decades earlier. A mysterious African American artist called Jesse Jameson Williams —who Morgan has never met and has no connection to — recently died and outlined strictly in his will that Morgan be the artist to restore the work.

“Anna arrived in Edenton for her planned three-day visit late on the afternoon of December 4. She could have taken the overnight train, but at the last minute she decided to drive. The ’32 navy blue Ford V8 still held her mother’s scent — the spicy patchouli fragrance of the Tabu perfume she’d loved — and Anna needed that comfort as she set out on this new, very adult venture.”

Strong themes present in the book are addiction and illness — Morgan is estranged from her parents, who are dysfunctional, judgemental alcoholics, and Anna’s mother just recently committed suicide after years of manic illnesses.

Racism is thinly explored in the book as well. Jesse Jameson Williams meets Anna Dale when he’s a teenager, and begins helping her paint the mural. Soon, people in Edenton assume the two are engaged in a relationship, which would’ve been illegal at that time. Someone paints racial slurs on the wall of Anna’s workshop space, and people threaten to harm Anna because of her connection to Jesse. Admittedly, the racism seems a little too light for what it would’ve actually been like at that time.

The artistry is incredibly evocative in the book. Both Anna and Morgan are talented and enthusiastic about their work and it’s evident how much artistic research has gone into the writing of this book. Everything about the mural, the town and its inhabitants is richly detailed and captured clearly.

“They talked about the people they knew who might be willing to model for the mural. Muss Myrtle thought the mayor’s wife was a good choice, but the idea made Anna cringe as she remembered Pauline’s comments about Mayor Sykes’ treatment of his wife. She felt as if she knew far more than she should about the poor woman and her life.”

The book is enjoyable and will have readers turning the pages, but it’s not flawless. The turning point in Anna Dale’s story (and what results from it) is predictable and expected, as is Morgan’s discovered connection to Jesse and Anna in the final chapter of the book.

Additionally, Jesse’s will stipulated that his daughter Lisa wouldn’t inherit her childhood home if Morgan missed her mural restoration deadline. This stipulation…doesn’t fit the rest of Jesse’s characterisation and is never really explained in the book. It felt like a lazy plot point.

An engaging read recommended for fans of women’s fiction and historical fiction.