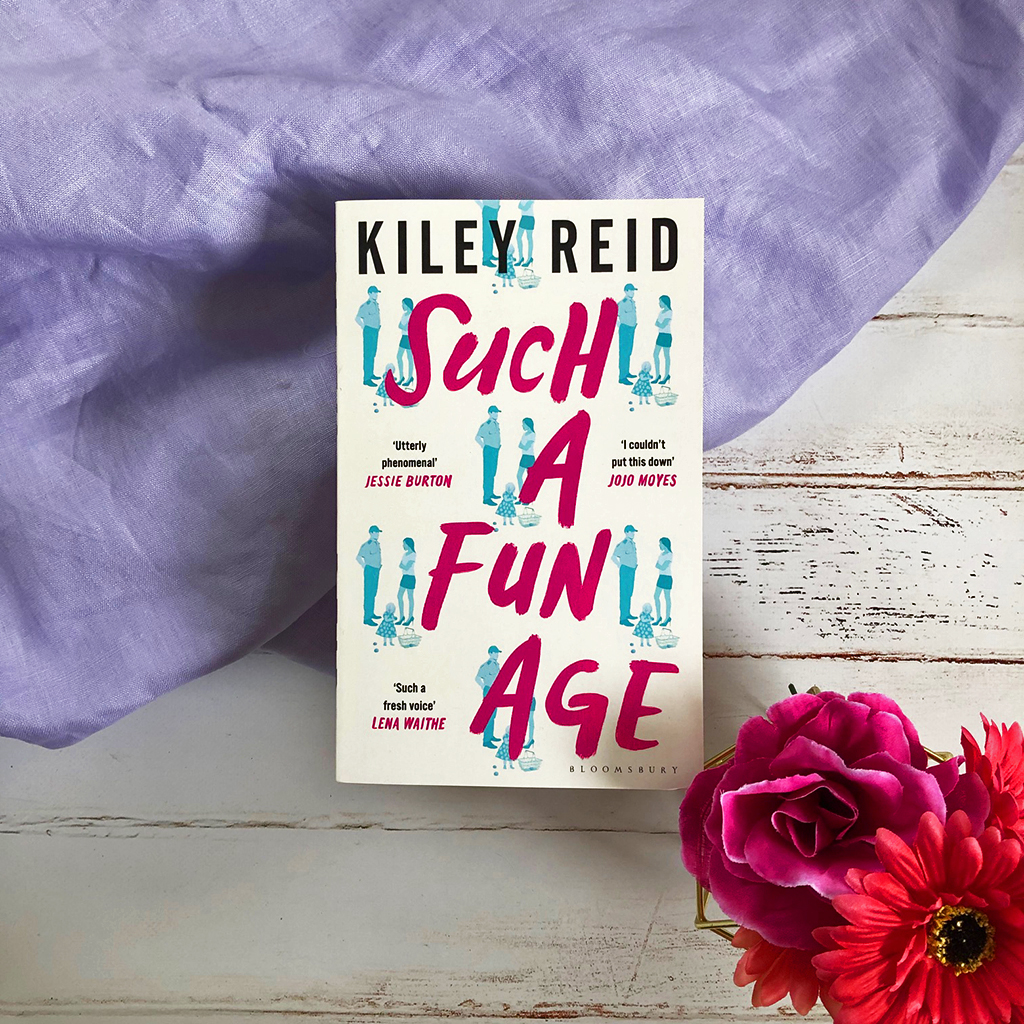 When Emira is apprehended at a supermarket for ‘kidnapping’ the white child she’s actually babysitting, it sets off an explosive chain of events. Her employer Alix, a feminist blogger with the best of intentions, resolves to make things right.

But Emira herself is aimless, broke and wary of Alix’s desire to help. When a surprising connection emerges between the two women, it sends them on a crash course that will upend everything they think they know – about themselves, each other, and the messy dynamics of privilege.

Such a Fun Age by Kiley Reid is a provocative, multi-layered debut novel about race, privilege and the fetishisation of black people. The book is about a black babysitter — 25-year-old Emira Tucker — and her relationship with the white family she works for, exploring white people’s pursuit of being ‘woke’ and how easily they can miss the mark, and not realise they’re doing more harm than good.

Emira is a complex character — wise and confident, but also a little naive and too trusting. She’s just trying to pay her bills and figure out what she wants in life, but her relationship with her boss Alix Chamberlain (a rich, white woman who doesn’t spend as much time with her kids as she should) and her new boyfriend Kelley Copeland (an older white man who seems to give Emira a little too much advice) complicates things.

Narrated in third person, Such a Fun Age explores the race relations and power dynamics between Emira and Alix, and Emira and Kelley. Kiley Reid is incredibly talented at making us despise and also sympathise for both Alix and Kelley. My opinion of the two characters kept changing throughout the book — are they genuine? are they really wanting to help, or are they pushing their own agenda? That’s the beauty of this book.

Ironically, Alix and Kelley spend most of the novel fretting over what Emira — and other black people — think of them, while Emira is just trying to live her life away from intense scrutiny.

“Alix knew that her aspirations for a relationship with Emira were possibly too high because of what she’d seen with her girlfriends and their sitters. Rachel and her nanny, Arnetta, often discussed their divorces, their least favourite children in Hudson’s class, and the most attractive fathers…Alix didn’t know what Emira liked, or what she didn’t like, or how she stayed so skinny, of if she believed in God.”

Alix refuses to understand how her actions in high school resulted in a black boy losing his college scholarship, and Kelley refuses to admit how his actions in high school were disrespectful to Alix, and how his fixation on black women is inappropriate. Kelley puts on a persona of being ‘woke’ but he has an obsession with trying to ‘fix’ the problems of every black woman he dates, and that’s problematic in itself. It’s like his life only has validation when he’s trying to ‘help’ others. But Emira is a woman trying to figure out her own life and she doesn’t need anyone to help her.

“Was this cruel? Trying to win a best supporting Oscar as she waited for Emira to learn her flight was cancelled? Who cared, she’d make up for it anyway. The realisation that Emira could have a seat at their Thanksgiving table made Alix practically high. Suddenly, the fourth Thursday in November wasn’t just a holiday. It was four (hopefully five or six) hours to finally make Emira family.”

Pacing is inconsistent in the book. The ending felt very rushed and conversations felt forced. I think the first 50 pages are the weakest in the book, which is sad because I’d hate for readers to be discouraged from continuing the story. Structurally, the book is all over the place in the beginning. We start with Amira being accused of kidnapping the child in the grocery story, and it’s such a powerful chapter and builds incredible tension, and the reader is desperate to find out more.

But then, subsequent chapters are mostly building backstory. In fact, the second chapter is all about Alix’s backstory, which I think could’ve just been woven into the rest of the story. After that explosive opening chapter, the follow up chapter is so lacklustre. The pace slows, the tension disappears, and I think readers will find themselves a little demotivated.

The first 50 pages reflect this sort of yo-yo stylistic device of going back and forth and I think it does the book a disservice. Eventually, the book finds its stride and the pacing and the plot remain consistent, but I think the first few chapters needed more of a structural edit.

“This became Emira’s uniform. Three times a week, Alix came downstairs to find Emira slipping a white polo over her head. She hung it up on the coatrack just before she left. And suddenly, as Alix walked through blue ribbons hanging from the balloons above, the tenderness of this tradition made her throat start to close.”

I think publishing company missed the mark on the UK/AUS cover for this one — it doesn’t quite capture the depth of the story, or the themes explored in the book. It looks like an upbeat, chick lit novel and I think there was room for something bigger than the cover we got.

Thought-provoking, compelling and brave. Whilst this book isn’t perfect, I recommend it for readers of all ages and genders.