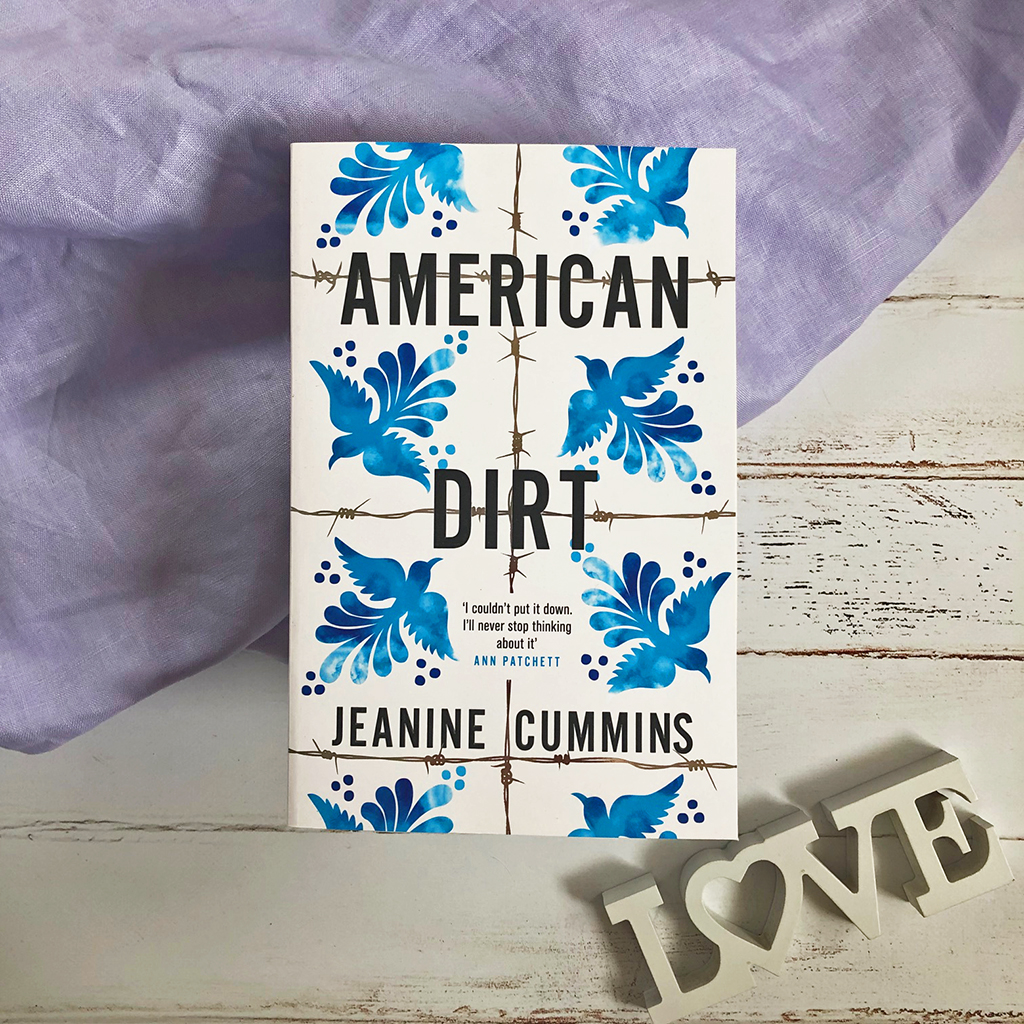 The unforgettable story of a mother and son fleeing a drug-cartel to cross the US-Mexico border.

Vivid, visceral, utterly compelling, AMERICAN DIRT is the first novel to explore the experience of attempting to illegally cross the US-Mexico border.

Today, her eight-year-old son Luca is all she has left.

In Jeanine Cummins’ American Dirt, a mother and son embark on a treacherous journey through Mexico to escape a dangerous drug cartel. The fictitious story follows these characters — and a few others we meet along the way — as they attempt to illegally cross the US-Mexico border.

We meet Lydia and her eight-year-old son Luca in Acapulco, Mexico. They’re cowering in the bathroom as armed men murder their family and extended family in the backyard during a family barbecue. It’s an absolute massacre, and it’s sheer luck that Lydia and Luca survive. But they don’t have time to grieve their loved ones because now they’re on the run, desperate to escape the clutches of the drug cartel responsible for the mass murder.

“One of the very first bullets comes in through the open window above the toilet where Luca is standing. He doesn’t immediately understand that it’s a bullet at all, and it’s only luck that it doesn’t strike him between the eyes…but the wash of bullets that follows is loud, booming and thudding, clack-clacking with helicopter speed.”

Told through intimate third person perspective, the break-neck pacing never wavers from that first sentence, and Jeanine brings succinct, sharp prose to the novel with every passing page.

Jeanine evokes emotion and empathy through her prose, allowing the reader to sympathise for Lydia and Luca as they continue on their journey. The mother and son suffer many mishaps along the treacherous route to freedom, and Jeanine captures their characterisation and their personalities through their actions, not just their dialogue.

“Luca thinks of the men running alongside the train in the clearing outside Lecheria, the way they ascended, one by one, and disappeared, while he and Mama watched, unable to move.”

Tension is heightened throughout the novel because Lydia and Luca are never safe — there are moments where the cartel are right on their heels, sometimes taunting them.

There is also a stark contrast in the book between the horrors around Lydia, and the love between her and her son. Lydia will do everything to keep her son safe, and there are some really tender moments between the two of them, often when they’re alone, that will really resonate with readers.

“Lydia doesn’t stare at the boy at the other end of the freight car, but she’s hyperaware now of his attention. He sits with his legs outstretched and his weight leaned back on his propped hands, and he’s watching them. Lydia does recognise him now, but only because Luca mentioned it.”

Over the course of the novel, Lydia and Luca meet and befriend other migrants, and these friendships keep readers on the edge of their seat. The cartel has many spies, and everyone who works for the cartel knows to be on the lookout for Lydia and Luca. Who can be trusted? Who will sell them out?