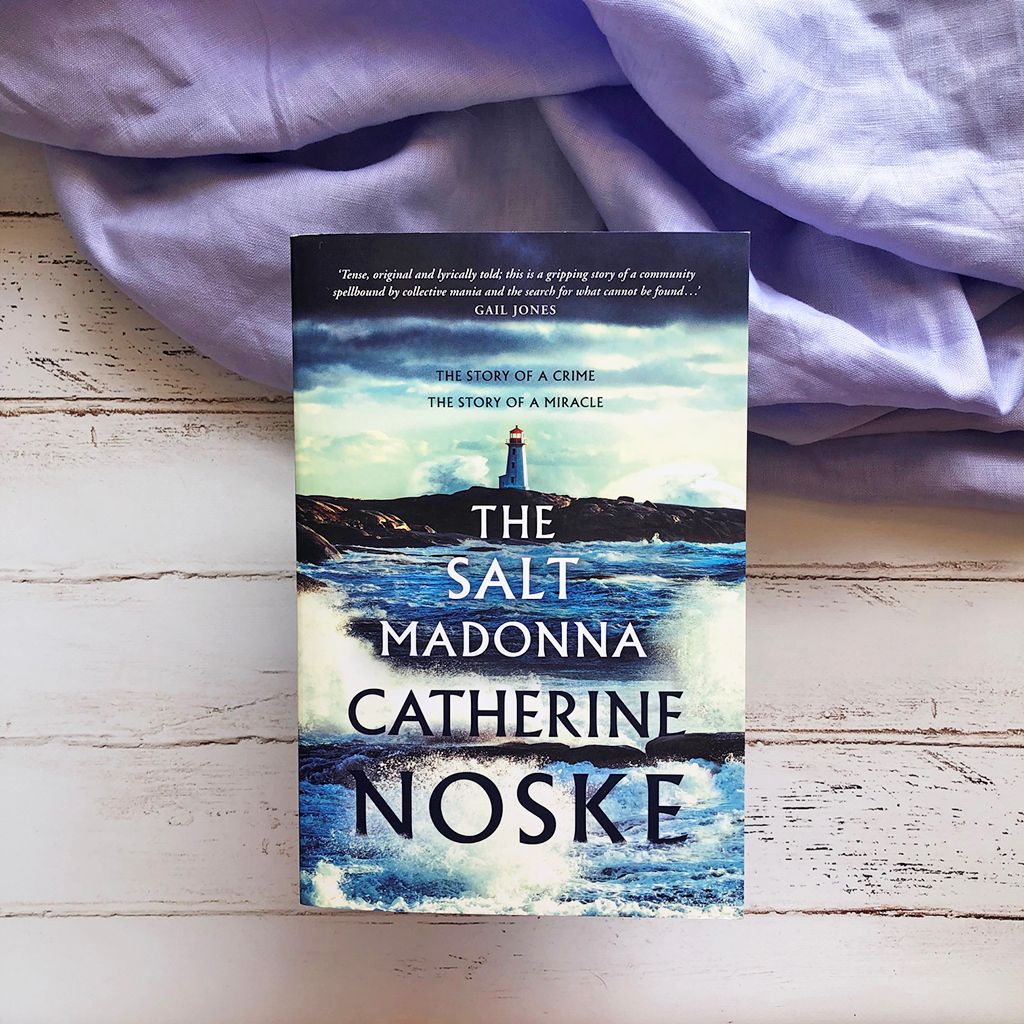 Hannah Mulvey left her island home as a teenager. But her stubborn, defiant mother is dying, and now Hannah has returned to Chesil, taking up a teaching post at the tiny schoolhouse, doing what she can in the long days of this final year.

But though Hannah cannot pinpoint exactly when it begins, something threatens her small community. A girl disappears entirely from class. Odd reports and rumours reach her through her young charges. People mutter on street corners, the church bell tolls through the night and the island’s women gather at strange hours…And then the miracles begin.

A page-turning, thought-provoking portrayal of a remote community caught up in a collective moment of madness, of good intentions turned terribly awry. A blistering examination of truth and power, and how we might tell one from the other.

The Salt Madonna by Catherine Noske is literary fiction set on an imaginary island off the coast of Western Australia, following a small and ageing population as they start to believe a religious delusion that sets in motion a number of unfortunate consequences.

The strengths of this book lie in establishing that fanatical, overdramatic hype when a group of people convince themselves that something is bigger than it is. After young, 14-year-old Mary falls pregnant, the town believes it’s a religious blessing. They’ve fallen on tough times, and Mary is the answer. Tensions builds as residents clash, and poor Mary is caught in the middle of their hysteria and mania.

Protagonist Hannah returns home to the island to care for her ill mother, and whilst there are other character POVs throughout the book, Hannah’s perspective is the only one we know to be true. The others — particularly Mary’s POV — is actually just an exploration of what Hannah *thinks* happened. This method of storytelling allows for a multi-layered novel that will draw in readers of all ages.

“Dinner is uncomfortable, the three of them around the table, the television flickering on mute from the lounge. Mary’s father is propped up on one elbow, leaning over his plate, his fork in his free hand. He hasn’t showered yet. Mary can tell he would rather be in front of the TV.”

The writing is beautiful — evocative prose and imagery, a wonderful flow of lyrical sentences that I’m sure Catherine spent many months perfecting. However, the complex sentence structure and metaphorical language just meant I spent most of the novel convinced there was something I was missing. I could follow the plot, for sure, but I’m sure there was symbolism I was missing. Or metaphors, or just something *bigger* than my brain could comprehend.

Truthfully, the writing was difficult to get through. The book is overly descriptive, and it felt incredibly impenetrable. The vocabulary and sentence structure sometimes made it a chore to get through and by the end, I’m not sure I felt it was worth it. I think this says more about me as the reader than the book itself. Not every book is for every reader, and I just don’t think I’m the target audience.

“Thomas follows with everyone else as the parade winds up towards the church, but his eyes don’t leave Mary. For a moment, as he watches her, it is as if everyone else disappears. He is the only one there. The street is empty, it’s just him and her.”

The pacing is slow and the plot kind of uneventful. Nothing really happens and you find yourself going back and re-reading chapters because you think, wait that can’t be right? Something has to happen and I’m just missing it?

And then you re-read and realise, ah yes, this is one of those literary novels where it’s all about character and not as much about plot and so you spend most of the novel feeling just that little bit dumb and confused.

“She sneaks out in the end. It makes it more exciting. The summer evening means it isn’t dark but violet with dusk, an electric sort of half-light filled with shadows. She walks to the village through the grapevines rather than along the road and comes out at the pub.”

Worthy and lyrical. For fans of literary fiction; for readers who love atmospheric, multi-layered stories that aren’t too plot-driven. If you don’t dabble in literary novels, this isn’t the book for you. The writing style is not for everyone.