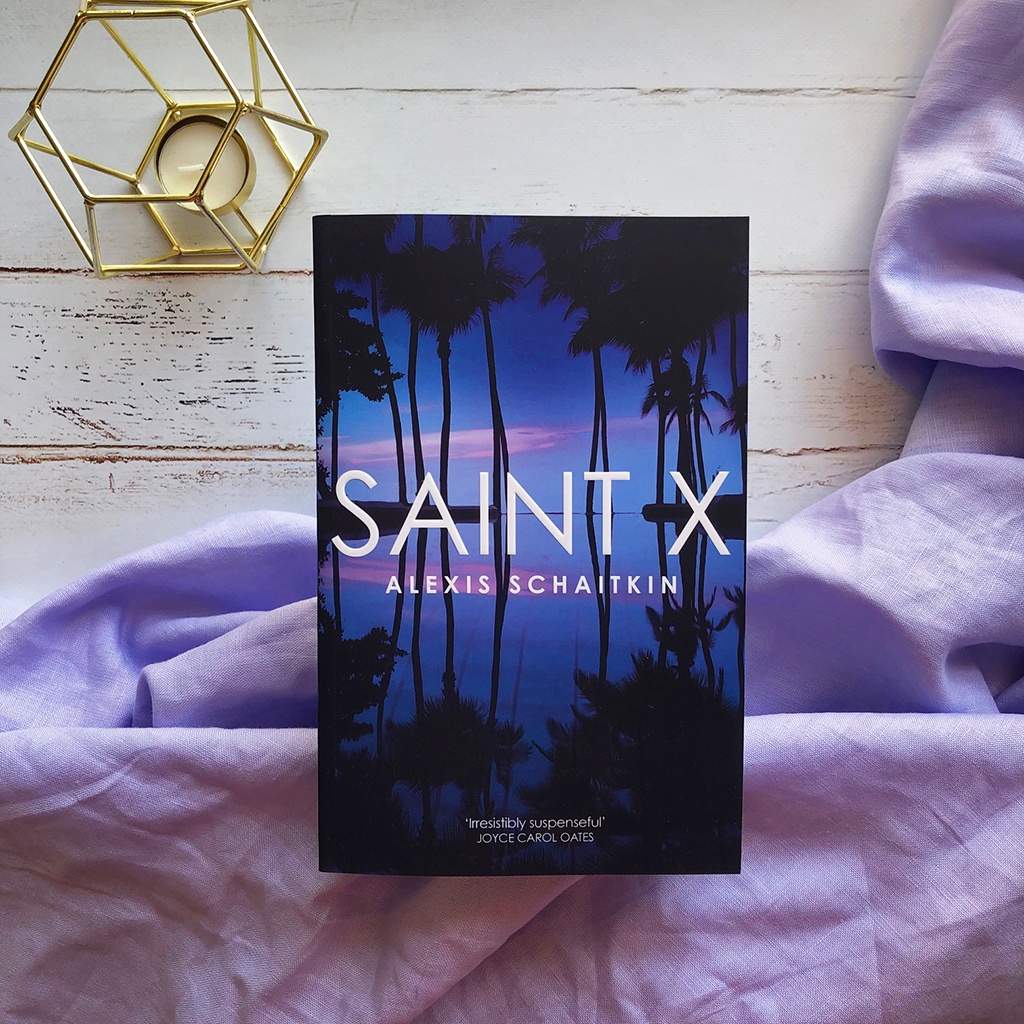 Claire is only seven years old when her college-age sister Alison vanishes from the luxury resort on the Caribbean island of Saint X on the last night of her family’s vacation. Several days later Alison’s naked body is found in a remote spot on a nearby cay, and two local men, employees at the resort, are arrested. But the evidence is slim, the timeline against it, and the men are soon released. It’s national tabloid news, a lurid mystery that will go unsolved, but for Claire’s family there is only the sad return home to broken lives.

Years later, riding in a New York City taxicab, Claire recognizes the name on the cabbie’s licence, Clive Richardson – her driver is one of the men originally suspected of murdering her sister. The fateful encounter sets her on an obsessive pursuit of the truth, not only what happened on the night of Alison’s death, but the no less elusive question of exactly who was this sister she was barely old enough to know: a beautiful, changeable, provocative girl of eighteen at a turbulent moment of identity formation. As Claire doggedly shadows Clive, hoping to gain his trust, waiting for the slip that will uncover the truth, an unlikely intimacy develops between them, two people whose lives were forever marked by a tragedy.

Saint X by Alexis Schaitkin is a haunting crime novel about a young girl’s mysterious death and how the unsolved case still torments her sister eighteen years later. The book explores grief, family, sisterhood, and illustrates how our perceptions of someone — or our understanding of them — can be inherently misguided.

Claire was seven years old when her sister Alison died on a family holiday to the Caribbean. Her body was found in a nearby cay, but the crime remains unsolved. She’s haunted by the mystery, and she soon becomes obsessed with who her sister was, and what happened to her on that final night of their family holiday.

“The island is turned upside down with searching. Members of the civil service are given days off to join the search. Prop planes loaned from a larger island nearby scan the shallow seas. The lagoon into which, mere days ago, Alison watched the blond boy hit golf balls is trawled to no avail.”

Saint X plays with the concept of voyeurism. Claire thinks she knows her sister — she thinks she understands her. Until she dies, and she realises she never really knew her at all. When she’s older, she starts reading Alison’s diary from the time she died and Claire realises how complex and complicated her sister was.

The novel is multi-layered; it’s not just about Alison’s death. It’s also about social dynamics and human relationships.

Saint X explores Claire’s obsession with her dead sister, and how oblivious she is to her own obsession. The book also explores white privilege and wealth, because the two men who were suspected of killing her were both men of colour. We come to understand how their lives were affected after they were falsely accused of murdering Alison. Life was not kind to them in the wake of their interactions with Alison.

“The eleven-year gap between Alison and me is notable, and requires some explanation. I was not an accident, nor had my parents been trying for years to conceive again…those were her exact words: ‘We decided to have you.’ As if they had known, when they chose to have another child, that the child would be me.”

The pace of the novel is incredibly slow — snail’s pace. Claire weaves in and out of stories really abruptly, but also over-explains and indulges the reader in excessive description. Most of the time, this felt unnecessary and it just felt like Alexis was trying to prolong the story. It’s actually kind of incredible how there’ll be a chapter where nothing really happens and Alexis has managed to draw that out over thousands of words.

Saint X does a fantastic job of highlighting the media and the general public’s obsession with true crime and the murder of young women. After Alison’s death, the media feed off the mystery and there is even a true-crime documentary series created about the mystery. It doesn’t help Claire’s family cope with the tragedy and it doesn’t help the two men suspected of her murder move on with their lives.

“At some point, my father must have taken the rolls of film from our vacation to be developed, because a few months after our move to Pasadena I found the photographs in his home office, in the back of his desk drawer.”

Whilst engrossing at first, Saint X flounders throughout. Truthfully, I don’t think that the ending to this novel is explosive or thrilling enough to warrant such a slow-paced story. If I’m being perfectly honest, I thought this book was okay, but not amazing.

Crime readers will be disappointed with this. Literary readers will probably love the deep characterisation and the slow burn of the plot. I’m not sure any reader will feel satisfied with the ending.