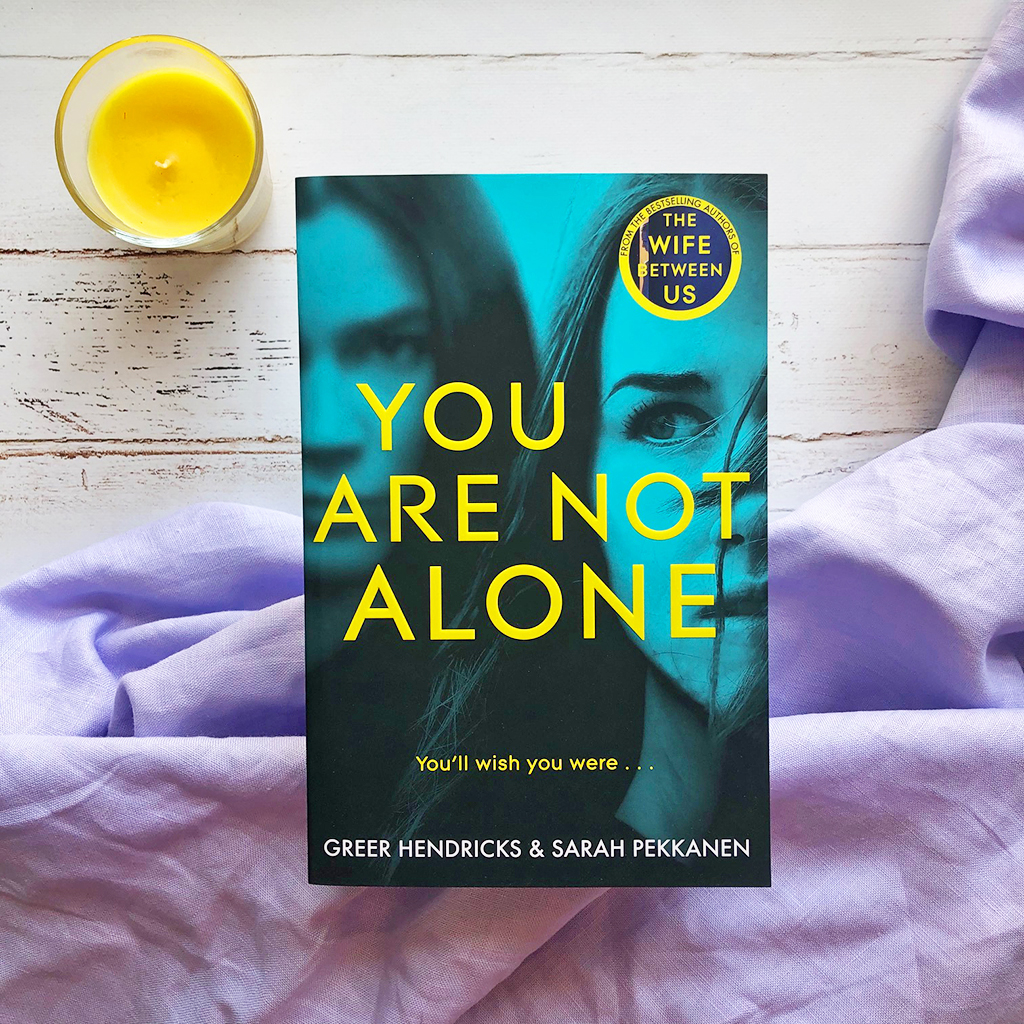 Shay Miller has three strikes against her: no job, no apartment, no love in her life. But when she witnesses a perfectly normal looking young woman about her age make the chilling decision to leap in front of an ongoing subway train, Shay realizes she could end up in the same spiral. She is intrigued by a group of women who seem to have it all together, and they invite her with the promise: “You are not alone.” Why not align herself with the glamorous and seductive Moore sisters, Cassandra and Jane? They seem to have beaten back their demons, and made a life on their own terms – a life most people can only ever envy. They are everything Shay aspires to be, and they seem to have the keys to getting exactly what they want.

As Shay is pulled deeper and deeper under the spell of the Moore sisters, she finds her life getting better and better. But what price does she have to pay? What do Cassandra and Jane want from her? And what secrets do they, and Shay, have that will come to a deadly confrontation?

You are not alone: Is it a promise? Or a threat?

You Are Not Alone is the third psychological thriller novel by duo Greer Hendricks and Sarah Pekkanen, this time exploring a dangerous friendship between a group of women.

Thirty-one-year-old temp worker/data analyst Shay is lonely and insecure, secretly in love with her roommate, and craving a strong connection with at least one other person. When she witnesses a young nurse jump in front of a train, it sets in motion a series of events that have the potential to derail her life.

Set in New York City, Greer and Sarah explore female friendship and toxic human relationships, introducing us to a group of 6 women who are determined to manipulate Shay and sabotage her life.

“In the days that followed, Daphne picked up the phone a half dozen times to call the police. But she always hung up before dialling. She kept experiencing the sensation of James’ hands closing around her throat while she lay there, unmoving.”

The premise and plot are a little absurd and ridiculous, but that doesn’t matter. You Are Not Alone is a juicy, engaging thriller that will entice all readers. The alternating POV is a common thread in Greer & Sarah’s novels, and I think it works quite well in this latest instalment. This stylistic technique means the reader gets both sides of the story, and it allows for a faster pace and increased tension.

Another stylistic technique that Greer and Sarah use with each book is the intermittent use of flashbacks. Over time, we come to understand how the six women met and what drives them to target other people. Slowly, we realise what they have planned for Shay.

“I wonder if Amanda was one of them. Witnessing near-constant suffering and death must be overwhelming. Another article I read showed nurses are 23 percent more likely to commit suicide than women in general.”

Shay trusts easily. When she meets and befriends Cassandra and Jane Moore, her life seems to change for the better. But she’s a little naive — sometimes unrealistically so — and the women appear to be setting her up for a crime she didn’t commit.

Shay is also incredibly observant. Her mind is trained to notice inconsistencies, and facts that don’t add up. Statistics are littered throughout the novel and whilst they don’t feel altogether necessary, they do add to Shay’s characterisation to make her obsession with numbers and facts a little more believable.

“The sisters weave toward the door — waving at an acquaintance, sliding their champagne glass onto an empty table, dodging a man who steps in front of them with a smile, never stopping but never giving the impression they’re rushing out of the gallery. Why now, so many days after Amanda’s death, is Shay moving the necklace?”

I did feel that there were too many characters in the book. There’s Shay, Valerie, Cassandra and Jane, but there’s also Daphne? And Stacey? and Beth? And then of course there’s the deceased Amanda, and all the secrets she took to the grave with her. I think the long list of core characters made for a convoluted narration at times, and evidently there wasn’t enough depth to the characters. More could’ve been done — or a couple of characters could’ve merged — to make for a clearer story.

Recommended for fans of thriller, suspense and crime novels. The audience for this book definitely skews female, aged 20+