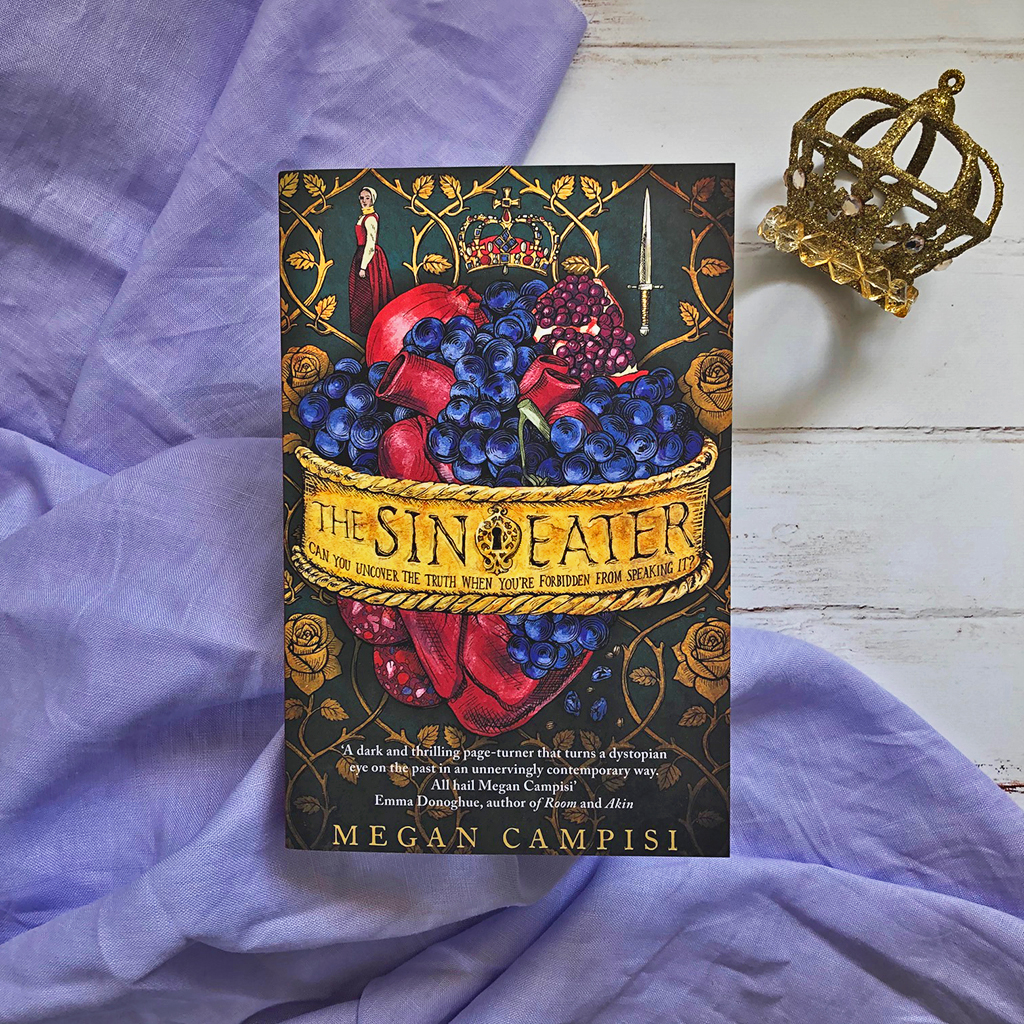 A Sin Eater’s duty is a necessary evil: she hears the final private confessions of the dying, eats their sins as a funeral rite, and so guarantees their souls access to heaven. It is always women who eat sins – since it was Eve who first ate the Forbidden Fruit – and every town has at least one, not that they are publicly acknowledged. Stained by the sins they are obliged to consume, the Sin Eater is shunned and silenced, doomed to live in exile at the edge of town.

Recently orphaned May Owens is just fourteen, and has never considered what it might be like to be so ostracized; she’s more concerned with where her next meal is coming from. When she’s arrested for stealing a loaf of bread, however, and subsequently sentenced to become a Sin Eater, finding food is suddenly the last of her worries.

It’s a devastating sentence, but May’s new invisibility opens new doors. And when first one then two of the Queen’s courtiers suddenly grow ill, May hears their deathbed confessions – and begins to investigate a terrible rumour that is only whispered of amid palace corridors.

The Sin Eater by Megan Campisi is a contemporary fiction novel, drawing inspiration from history — sin eaters existed in parts of Britain until roughly a century ago. They ate a piece of bread beside people’s coffins to absolve their sins in a folk ritual with Christian resonances. Campisi’s The Sin Eater is a fictional story spun out of fantasy.

Imaginative, seductive and enticing, The Sin Eater was a surprise delight. Set in 16-century England, the story follows orphaned May Owens after she is forced to be a sin eater. She’s shunned and feared by townsfolk, and over the course of the novel, she grows suspicious of multiple deaths happening in the Queen’s Court.

“The Makerman places the collar around my neck. It’s heavy and cold, except where his hands touched it, and I have a sudden image of a horse’s bit, like he might slide it up into my mouth. But it’s worse what happens next. The second Makerman takes hold of the collar’s lock and shoves the shackle in. Even my guts feel the wards catch.”

The Sin Eater explores themes of destiny, expectation and superstition, and highlights an obsession over sins and lies, and where our indiscretions will lead us to after we die. Additionally, the novel explores class, gender and wealth.

The setting is despondent and lacks any hope of improvement. Food is scarce, and money even more so. May spends every day visiting the dying, listening to their sins so their family or friends can prepare the food. Illness doesn’t spare the wealthy, and women and babies are especially vulnerable during childbirth.

“Treason is death. And under Queen Bethany that’s not by a noose and the gallows but by gutting or burning or worse. I wait for the Sin Eater to move. When she doesn’t, I do something plain foolish. I take my hand and place it on hers. I expect it to be cool and hard like the wood of the pews, but heat pulses off it.”

Megan Campisi paints a very realistic 16th Century — her prose is tight and her descriptions vivid. Readers will find themselves absorbed in the setting and the characters. The pacing quickens as the novel progresses, drawing us deep into the mysterious deaths that surround the Queen. What secret is someone trying to unearth? And how many people are they willing to kill to achieve that?

May is really engrossing protagonist. She’s young and naive, a little too unaware, but she’s also quick to learn and fast to act. She’s got good instincts and there are a couple of times in the novel where those instincts save her life.

Admittedly, there are a lot of secondary characters in the novel and history — past mistakes — come into the plot quite a bit. The conclusion was a little hard to swallow, I had to read the ending a couple of times to grasp the twist.

“It’s always women who eats sins, since it was Eve who first ate a sin: the Forbidden Fruit. Some say that’s why so many foods for sins are fruits. But there’s other foods as well, like cream and leeks, that aren’t fruit at all.”

Perfect for readers of historical fiction and contemporary fiction, any tale with a drop of fantasy mixed in. Young readers will also love this tale.