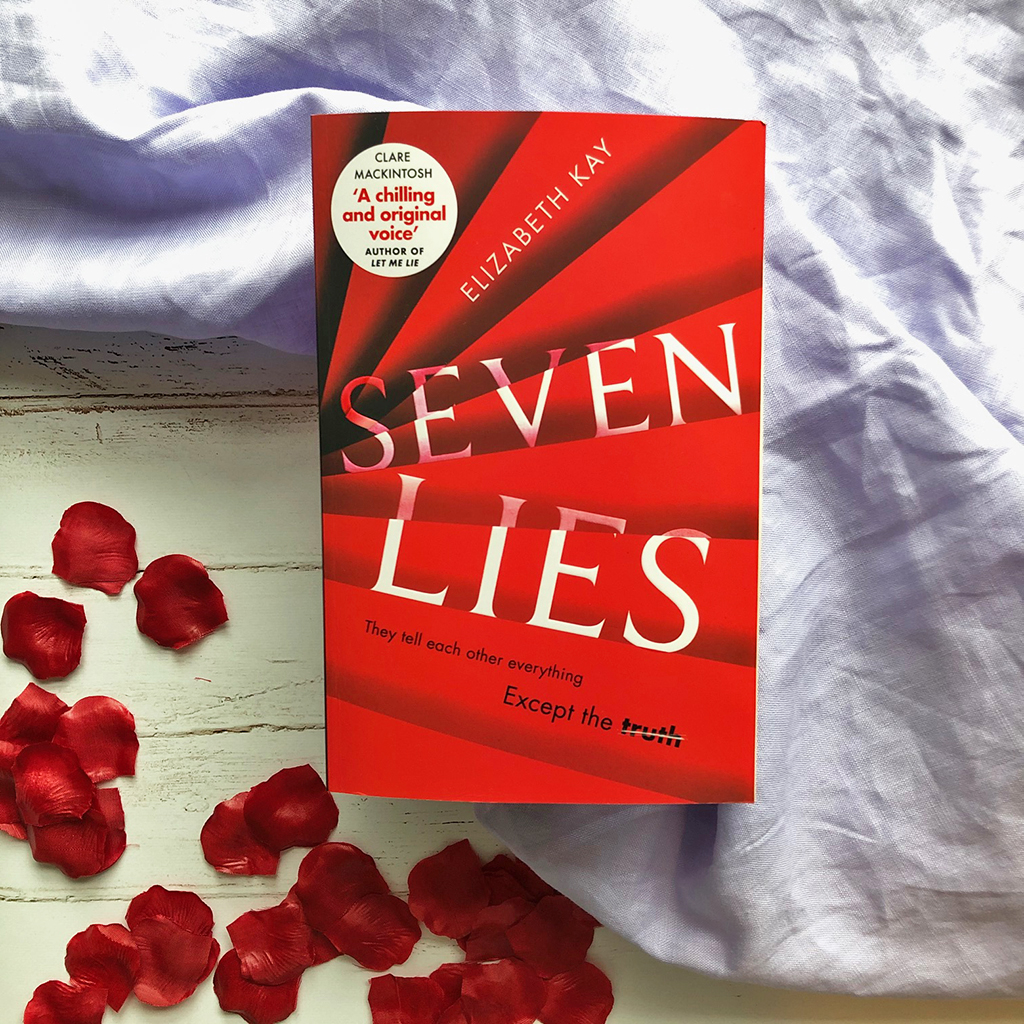 It all started with one little lie . . .

Jane and Marnie have been inseparable since they were eleven years old. They have a lot in common. In their early twenties they both fell in love and married handsome young men.

But Jane never liked Marnie’s husband. He was always so loud and obnoxious, so much larger than life. Which is rather ironic now, of course.

Because if Jane had been honest – if she hadn’t lied – then perhaps her best friend’s husband might still be alive . . .

This is Jane’s opportunity to tell the truth, the question is: Do you believe her?

Seven Lies explores jealousy, love and grief, and the thin line between devotion and obsession. The book is written from Jane’s perspective, who is an unreliable protagonist — she’s a compulsive liar and she twists events to make herself look better, so the reader is never really sure what’s true.

There is a frequent amount of foreshadowing in the novel, which successfully builds tension and anxiety and plants this seed of dread with the reader that just keeps on growing with every passing chapter. Honourable mention goes to the ending of every chapter — there’s always some plot progression or stylistic manipulation to keep the reader engaged and desperate to keep going.

“I had discovered the ring a few months earlier. Marnie and Charles were about to go on a holiday for a week. They were going to the Seychelles, I think — or perhaps it was Mauritius — and we were due to have a heatwave in London.”

Slowly, Elizabeth moves the plot towards present day so we come to understand all about Jane’s friendship with Marnie — their history — and Marnie’s marriage to the insufferable Charles.

The further we progress through the story, the more unhinged and dangerous Jane seems. But she’ll never know it. She’s conceited and self-centred, always making excuses for her behaviour. She lets her emotions control her, and she can never seem to understand her actions or what causes them.

Seven Lies is the kind of book you devour on a plane or on the beach, when you have a dedicated length of time and you’re in the right space to be sucked into a really great mystery. Is the story flawless? No, a couple of the secondary characters — including Marnie — feel like cardboard cut-outs and there’s an anorexia storyline that seems to heighten just for dramatic effect.

But Seven Lies will draw in a wide readership, and keep them hooked. Jane and Marnie don’t have a lot in common, but both of their husbands are dead. And that alone will make you want to know more.

“It had always been that way. I was loved too little and she was loved too much, and it might surprise you to know that both are equally unbearable. She was often seeking space, suffocated by being the favourite. I became her ally, her safe place.”

Jane is unapologetic. If she were an animal, I’d imagine her as a shark or a killer whale — intelligent, ruthless and quick. She thinks ahead and she plans, and she’s not about to trip up and derail all that she’s worked hard to build.

We see other characters through Jane’s perspective, so it’s hard to know if she’s giving us the entire picture. Is Charles as awful as Jane makes him out to be? Is Marnie really as naive as Jane thinks she is? Elizabeth Kay crafts a storyline and a protagonist that really forces us to doubt what we’re reading. What is the truth, and will we ever find out?

“I let myself into their flat that evening and stood again in the dark hallway. This would be my home now — just for the week, but my home nonetheless. I turned on all the lights — exactly how Marnie liked it — and made up their bed with my own sheets and pillowcases.”

Stylistically, the novel moves between past and present frequently and it’s often a little clunky. Chunks of prose will take you out of the present and to a time in Jane’s life from years earlier. And then just as quickly as we left the present, we’re back. The transitions were rarely seamless.

Additionally, and without giving too much away, I felt the ending and final climax was a little brief. The pacing of the novel is quite slow — careful, full of anticipation — but those final couple of chapters move through at speed. It’s unexpected, and doesn’t feel like a natural conclusion.

An impressive, whirlwind debut. Recommended for fans of crime, thriller and mystery novels.