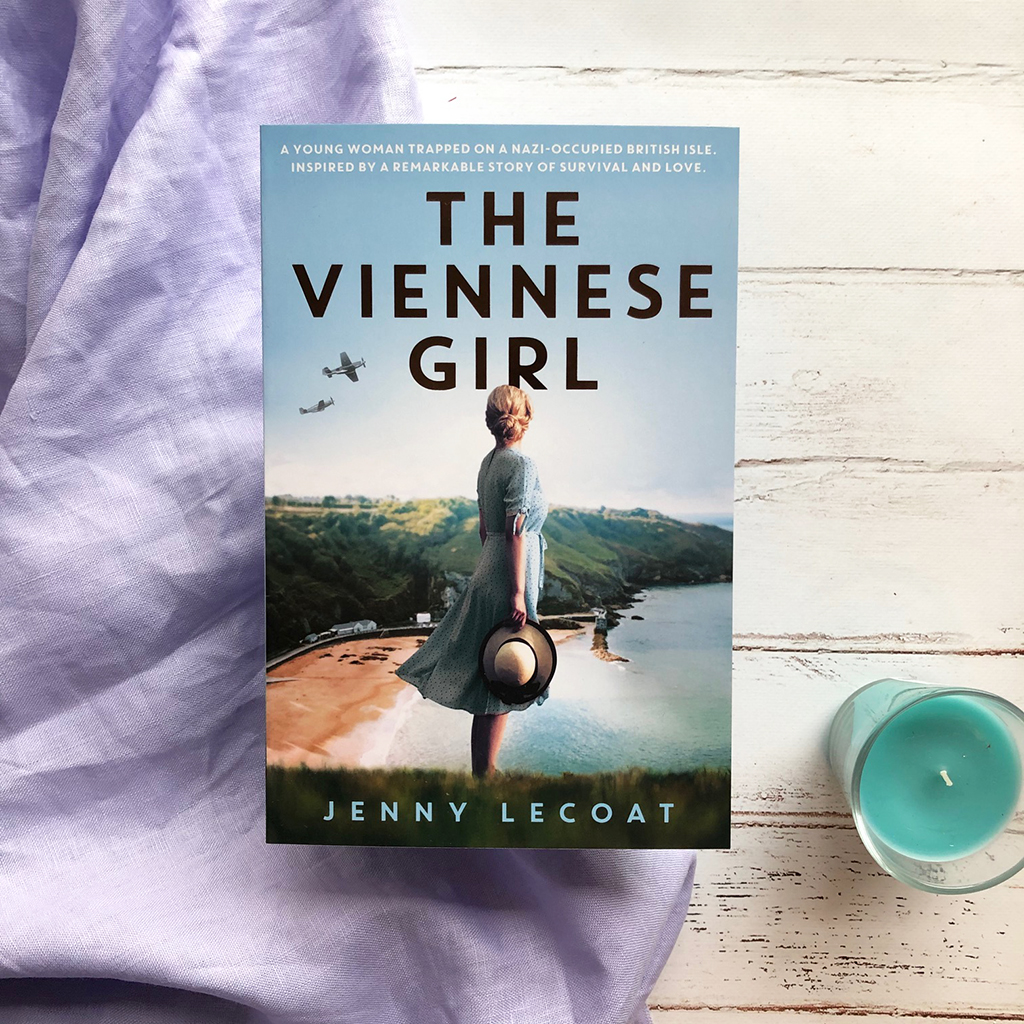 In June 1940, the horror-struck inhabitants of Jersey watch as the German army unopposed takes possession of their island. Now only a short way from the English coast, the Germans plan their invasion.

Hedy Bercu, a young Jewish girl from Vienna who fled to the isolation and safety of Jersey two years earlier to escape the Nazis, finds herself once more trapped, but this time with no way of escape.

Hiding her racial status, Hedy is employed by the German authorities and secretly embarks on small acts of resistance. But most dangerously of all, she falls in love with German lieutenant Kurt Neumann — a relationship on which her life will soon depend.

The Viennese Girl by Jenny Lecoat is WWII literary fiction, inspired by the true story of a young Jewish girl who evaded capture on the island of Jersey.

The novel paints a clear picture of life under German rule — fear, control, lack of food and amenities, and dwindling populations. Hedy is an anxious and impulsive protagonist. She’s quick on her feet and she’s resourceful, but she also keeps herself at a distance. She’s scared and frightened — she’s a Jew living in German-occupied Jersey.

When she gets a job as a translator for the Germans, she must hide her status but she’s also determined to defy the reign and do what she can to rebel.

“Anton smiled, but Hedy saw there was nothing behind it. He looked distant, remote. Now that she thought about it, Anton had been in a strange mood since they’d met earlier that afternoon. The volume of her singing dropped a little, and she began slipping her friend sly looks.”

The Viennese Girl is heartbreaking at times, but it’s also filled with hope and courage. Hedy must hide who she is from her German employers, but she must also keep her wits as the war progresses and danger approaches. The threat of being exposed bubbles under the surface of each chapter, keeping the reader engrossed until the final page.

The novel is heavy on prose, most conversations told through description instead dialogue. Whilst this technique doesn’t always work, it’s quite effective in this novel. It allows for quick pace and heightened tension — this may be a short book but it packs a punch.

“No reason, no explanation. Hedy had rushed down to the bureau in the faint hope that they might offer some kind of strategy or information. But the registrar had merely scratched his head, shrugged and said that if the Germans wished to see her, she’d be advised to comply.”

The Viennese Girl is incredibly emotion, tugging on readers’ heartstrings and pulling them along for a really engaging story. Whilst the romance felt a little weak and underdeveloped, there are many other elements to this story that readers will love.

Friendship is dominant in the story. After a rocky start, Hedy and her best friend’s girlfriend Dorothea form a close bond over the course of the novel. Whilst Hedy can be brash and judgemental, Dorothea is full of optimism and encouragement. She is always quick to help Hedy, even when punishment could be brutal.

“Another brilliant smile and he was gone. Hedy turned and continued down the path out of the compound. Her legs seemed to swing weightlessly beneath her, and the lane swam unseen in front of her eyes.”

With vivid imagery, three-dimensional characters, and engrossing prose, The Viennese Girl is recommended for fans of literary fiction and historical fiction. The readership skews female.