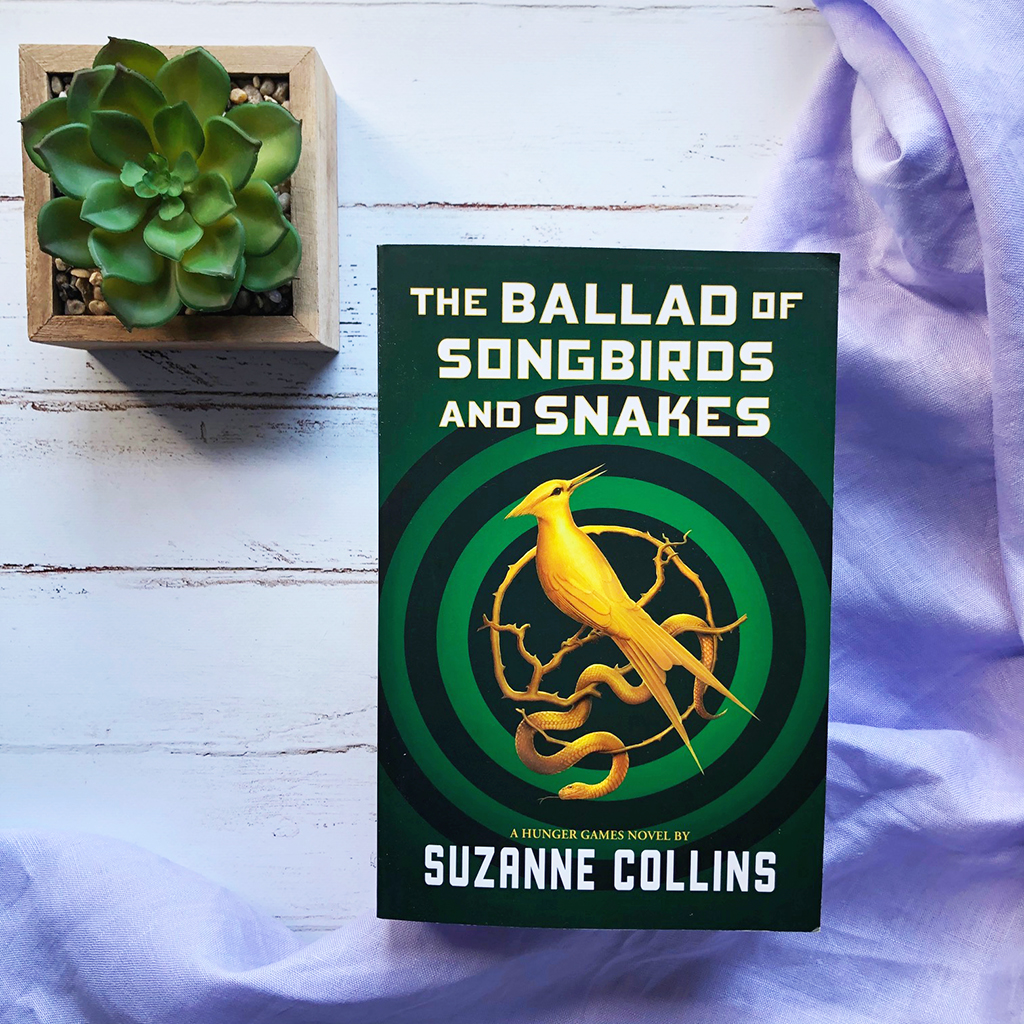 Ambition will fuel him. Competition will drive him. But power has its price.

It is the morning of the reaping that will kick off the tenth annual Hunger Games. In the Capitol, eighteen-year-old Coriolanus Snow is preparing for his one shot at glory as a mentor in the Games. The once-mighty house of Snow has fallen on hard times, its fate hanging on the slender chance that Coriolanus will be able to out charm, outwit, and out manoeuvre his fellow students to mentor the winning tribute.

The odds are against him. He’s been given the humiliating assignment of mentoring the female tribute from District 12, the lowest of the low. Their fates are now completely intertwined — every choice Coriolanus makes could lead to favour or failure, triumph or ruin. Inside the arena, it will be a fight to the death. Outside the arena, Coriolanus starts to feel for his doomed tribute… and must weigh his need to follow the rules against his desire to survive no matter what it takes.

Fans of The Hunger Games will remember Coriolanus Snow as the ruthless and fascist President of Panem. In Suzanne Collins’ prequel, The Ballad of Songbirds and Snakes, readers will come to understand his backstory — how did Snow go from teenager to bitter tyrant?

In this setting, the Capitol are up to their 10th Hunger Games and things are very different from how we see them over sixty years later. Nobody is watching the Games, especially in the poorer districts where they don’t even have televisions. The Capitol need to switch things up to increase excitement in the games, and Snow has a natural ability to ponder disastrous ways to engage new audiences.

There are three parts to the novel — Snow meeting Lucy Gray and gearing up for the Hunger Games, the Hunger Games themselves, and then afterwards, where Snow spends time in District 12 with his friend Sejanus and Snow’s humanity slowly starts to dissipate.

“Could there be a bigger slap in the face?” Coriolanus wonders. “District 12, the smallest district, the joke district, with its stunted, joint-swollen kids that always died in the first five minutes, and not only that . . . but the girl?”

Lucy Gray is a fascinating and complex character — she’s a talented singer with the charm and confidence to fascinate the Hunger Games crowds. Fans will find joy when they realise that the songs we learnt in The Hunger Games — The Hanging Tree, for example — were written and sung by Lucy Gray. We come to understand the history and the significance of these songs, which is a nice touch.

Because the book is written in third person, we experience events as Snow does and we never really come to understand what’s going on inside his mind. We witness as he betrays friends and kills people, but we never experience his thoughts or conflicts and it’s both a clever and chilling stylistic device.

“He’d been to the arena several times as a small boy, to see the circus, mostly, but also to cheer military displays under his father’s command. For the past nine years he’d watched at least part of the Games on television.”

The novel isn’t without its flaws. The pacing was inconsistent. It takes a long time before the Games start, and they don’t actually go for that long. And then we follow a rather slow journey to the climax of the story. Whilst I loved the ending and truly felt surprised by the story of Lucy Gray and the conclusion to her tale (not a spoiler), I felt a little cheated that it took so long to get there.

Additionally, I never believed Snow’s hatred for mockingjays. It felt like it was put into the story purely to provide another connection to The Hunger Games.

“Some of the tributes dropped in their seats, chins almost on their chests, but the more defiant ones tilted their heads back and surveyed the hall. It was one of the most impressive chambers in the Capitol, and several mouths gaped open, awed by the grandeur of the marble columns, the arched windows, the vaulted ceiling.”

Recommended for fans of The Hunger Games. You’ll find yourself captivated by the setting and the story, and engaged long enough to see the story through to the end. 14+