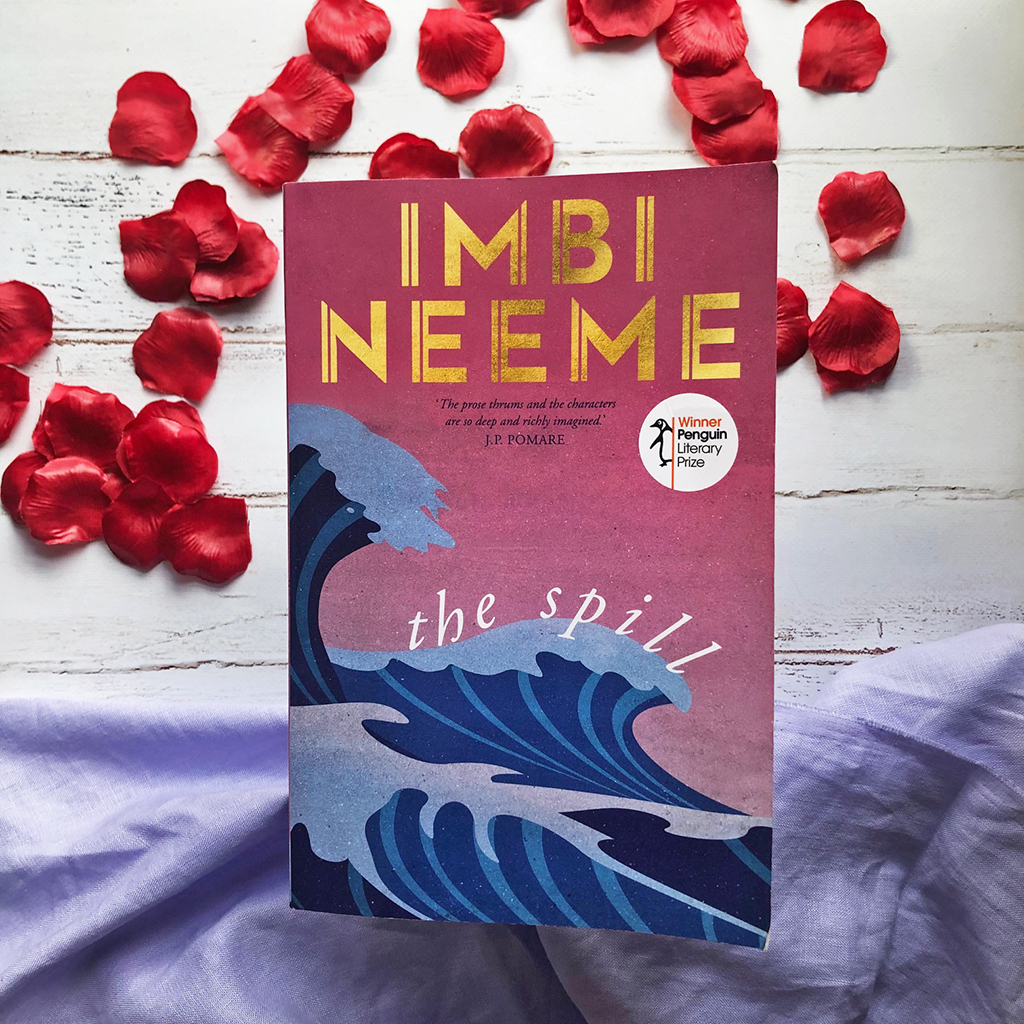 In 1982, a car overturns on a remote West Australian road. Nobody is hurt, but the impact is felt for decades.

Nicole and Samantha Cooper both remember the summer day when their mother, Tina, lost control of their car – but not in quite the same way. It is only after Tina’s death, almost four decades later, that the sisters are forced to reckon with the repercussions of the crash. Nicole, after years of aimless drifting, has finally found love, and yet can’t quite commit. And Samantha is hiding something that might just tear apart the life she’s worked so hard to build for herself.

Winner of the 2019 Penguin Literary Prize, Imbi Neeme’s debut novel The Spill is an exploration of family, sisters, memories, and how the past can sometimes unconsciously define our futures.

We meet Nicole and Samantha after their mother — Tina — loses control of the car in remote Western Australia and their father is forced to come and pick them up. It is assumed that Tina was drunk, or at least had been drinking, when she lost control of the car. Nicole and Samantha’s parent split soon after, and the accident causes a noticeable ripple affect within the family.

The Spill toys with memory and past events very well. As readers would understand, people can’t always remember events from their past very clearly. Conversations get misquoted and events get distorted over time.

As we move between past and present and come to understand more about Nicole and Samantha’s adult lives, they often bicker or disagree over memories from their childhood. Was Tina actually drinking that day? Why were they on a remote West Australian road? Where were they going? Why did their parents split up?

“Samantha closed her eyes and tried not to think of her husband drinking wine back in the dining room, or of the wine itself. But after a few seconds, the sound of rapid gunfire on the television made her open her eyes again.”

Imbi has crafted an incredible cast of characters in The Spill, each one incredibly fleshed out and three-dimensional, with layers of complexity and depth.

Characterisation is a key part of the story, and it would be incredibly important from Imbi to capture these two sisters differently. The narrative moves between past and present, but it also shifts focus between the sisters. And over time, we come to understand just how different each of these women are.

Both of them blame Tina’s alcoholism for her death. They both had strained relationships with their mother, and only after her death do they start to fill in some of the gaps in Tina’s life.

“Given how many career drunks were in attendance at Tina’s wake, precious little alcohol was being served. All around our large front living room, people were nursing empty glasses, their eyes occasionally darting towards the kitchen.”

The biggest ‘relationship’ explored in the novel, is that of Nicole and Samantha. Sisterhood is a funny thing. There sometimes seems to be more hate than love, particularly during childhood and adolescence, and then there’s a time in your adult lives where you might be too different to ever feel like you fully understand the other.

In The Spill, sometimes it’s the thing left unsaid that speak volumes. Samantha harbours a secret she feels she can control on her own, and Nicole has evidently struggled in past relationships but is reluctant to open up.

The shift between past and present allows for a slow build-up, a well-structured release of tension as secrets start emerging and buried conflicts rise to the surface.

“Their eyes met briefly and then Samantha looked away. She didn’t know why she’d brought up that Christmas. She knew neither of them wanted to think of the fight they’d had and how she’d gone to Nicole’s without him.”

The Spill is an incredibly satisfying, engrossing read. A warm, moving portrait of family and sisterhood. There are moments of humour and lighthearted fun, but there are also moments of tenderness and heartbreak, events that force you to really take stock and reflect as a reader.