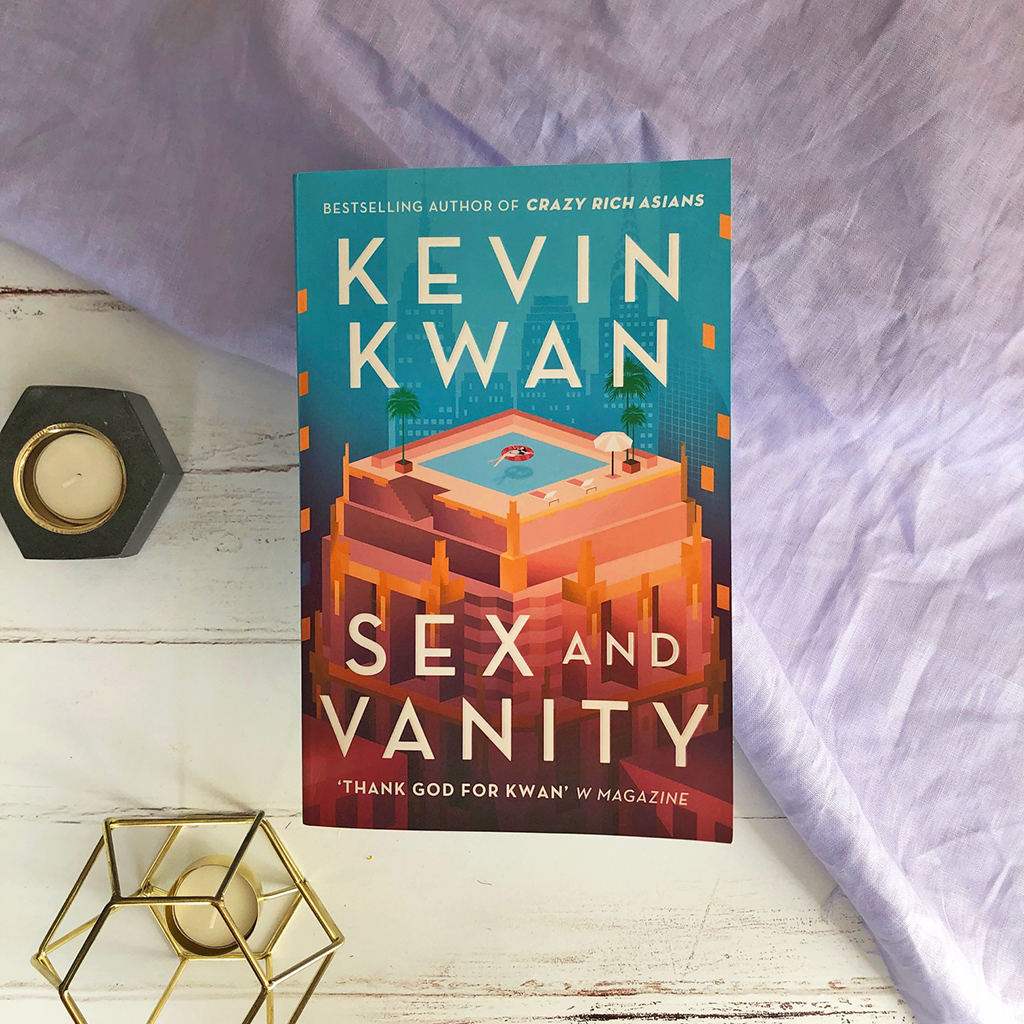 The iconic author of the bestselling phenomenon Crazy Rich Asians returns with the glittering tale of a young woman who finds herself torn between two men.

The daughter of an American-born Chinese mother and a blue-blooded New York father, Lucie has always sublimated the Asian side of herself, and she adamantly denies having feelings for George. But several years later, when George unexpectedly appears in East Hampton, where Lucie is weekending with her new fiancé, she finds herself drawn to him again. Soon, Lucie is spinning a web of deceit that involves her family, her fiancé and ultimately herself, as she tries to deny George entry into her world – and her heart.

Kevin Kwan’s Sex and Vanity is a modern retelling of A Room With a View, a decadent love story between the wealthy and elite. With a large cast of Asian characters, the novel spans across Italy and America.

Whilst I’m familiar with Kevin Kwan’s previous works, including Crazy Rich Asians, I’m not familiar with A Room With a View .Truthfully, I’ve never read the book nor seen the movie.

Sex and Vanity, much like Kwan’s previous works, sarcastically pokes fun at the uber-rich. However, it falls short of making a lasting impact on the reader. The story is slow at times and I found myself quite bored through the middle. Lucie is not nearly as likeable or as relatable as she could’ve been and George feels quite scarce in the story (strange, considering he’s the love interest). There are some scenes where there are so many characters talking I got confused about what was happening and had to retrace my steps and reread.

Lucie’s relationship with Cecil never makes much sense, and I never got a strong sense of her connection to George. I certainly couldn’t understand why she felt so reluctant to admit her feelings for George. By the time we get to the end of the book, the build-up to Lucie and George’s reunion is completely skipped over. I felt cheated.

“Lucie reached for the crystal goblet in front of her. She wasn’t much of a drinker, but if she had to endure this inquisition for another three courses, she might as well get completely shit-faced.”

There are some notable strengths in the book. George’s mother Mrs Zao is one of the best characters — she steals the attention in every scene in which she appears. Additionally, the insufferable Cecil Pike is also entertaining. His dialogue is quick and witty, and despite him feeling like a caricature and therefore wildly un-relatable, I did enjoy reading about him.

The atmosphere is also fun and engaging. Wealth touches every aspect of the characters’ lives, from their accommodation and their holidays, to their choice of cars and jewellery.

We first meet the characters at an exorbitant wedding in Capri — it’s expensive, over-the-top and there’s a wildly embarrassing incident involving a drone. We’re then whisked away to New York five years later, where Lucie is being proposed to through flash mob dance.

“Lucie said nothing for a moment. She thought of how trivial those sandals had suddenly become to her. In the course of one afternoon, everything had changed. In the blink of an eye, someone had died.”

For a book called Sex and Vanity, there’s not a whole lot of sex happening.

I would’ve liked the romance between Lucie and George to be more present in the book. They’re together briefly in the beginning, but then when we skip forward to New York Lucie is engaged to someone else and her path only collides with George’s sparingly. As a result, their romance just doesn’t feel overly captivating.

“Scanning the cards, Lucie saw that she was assigned to table 3. Almost reflexively, she found herself searching for George’s card and saw that he was at table 8. Damn, was this going to be yet another night where they wouldn’t have the chance to talk at all?”

To be completely honest, it just didn’t feel like this novel explored anything deeper than a romance between two rich people. There’s brief mentions of the difficulties being mixed race, but it’s a very minor mention and other than that, the novel falls flat of more substance.