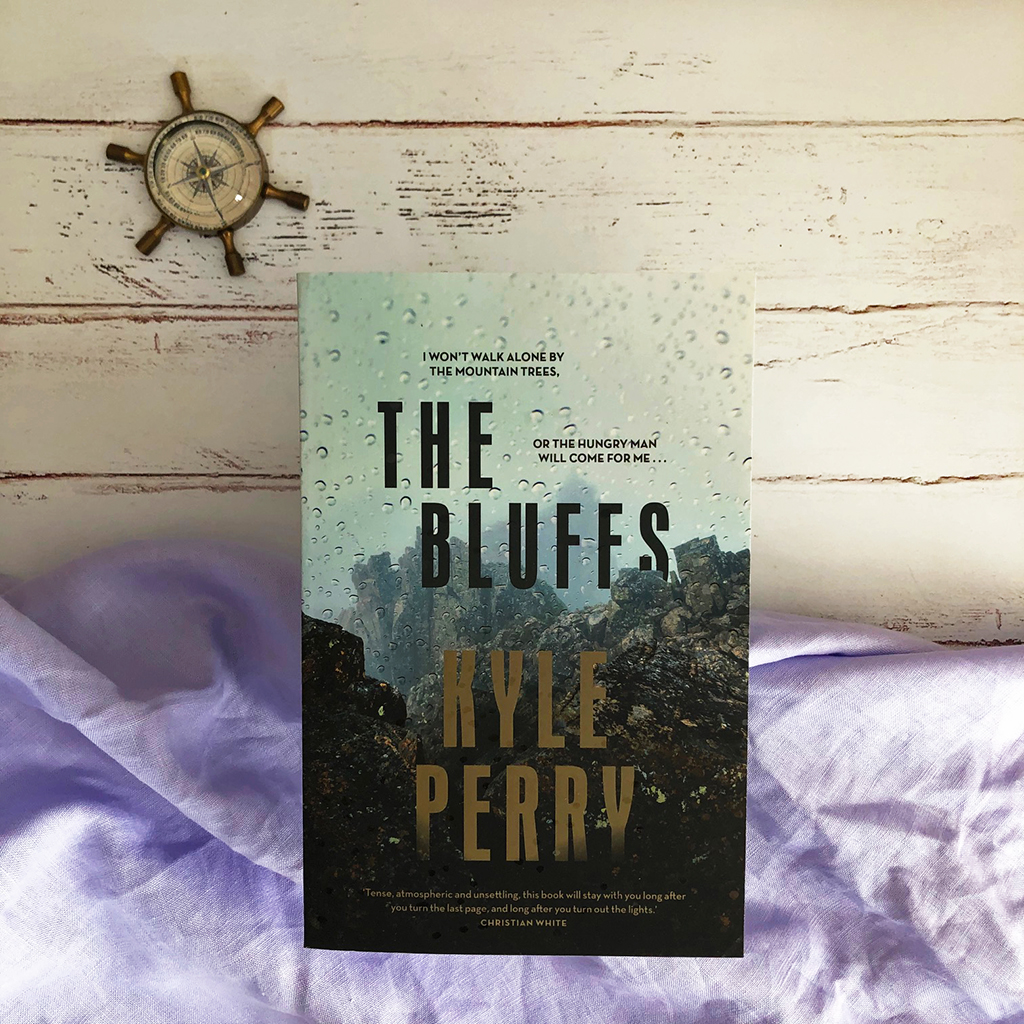 When a school group of teenage girls goes missing in the remote wilderness of Tasmania’s Great Western Tiers, the people of Limestone Creek are immediately on alert. Three decades ago, five young girls disappeared in the area of those dangerous bluffs, and the legend of ‘the Hungry Man’ still haunts locals to this day.

Now, authorities can determine that the teacher, Eliza Ellis, was knocked unconscious, so someone on the mountain was up to foul play. Jordan Murphy, the local dealer and father of missing student Jasmine, instantly becomes the prime suspect. But Detective Con Badenhorst knows that in a town this size – with corrupt cops, small-town politics, and a teenage YouTube sensation – everyone is hiding something, and bluffing is second nature.

When a body is found, mauled, at the bottom of a cliff, suspicion turns to a wild animal – but that can’t explain why she was discovered barefoot, her shoes at the top of the cliff, laces neatly tied.

Eerie, mysterious and utterly gripping, The Bluffs is the debut novel from Australian author Kyle Perry, set amidst the mountains of Tasmania’s Great Western Tiers. The novel blends the real and the supernatural, drawing readers in with a page-turning mystery and keeping them trapped until they get to the final page.

A group of teenage girls go missing in the remote mountains of the Great Western Tiers; the entire town is on edge because three decades earlier, a different group of young girls went missing and they’ve never been found.

“Eliza had grown up without a father. She’d hated it, she still felt broken hearted whenever she thought of it. She wanted Wren to grow up healthy and happy. Not just with a father, but a father she could respect.”

The Bluffs is heavy with police procedure; robust Sydney detective Con Badenhorst is tasked with finding the missing girls. He’s determined and desperate, but he’s also holding on to some pretty triggering baggage from his work back in Sydney.

Local drug dealer Murphy is one of the strongest characters in the book — flawed and morally ambiguous, but also really likeable. He’s driven by his love for his daughter and his protective nature adds depth to the story.

Local teacher Eliza is a pretty fascinating character. At first, she appears to be a weak character, easily confused or fooled. But over time we come to understand her as a little unreliable, a little mixed up in the information she’s telling us.

“Being dismissed by a 16-year-old was not an experience Con enjoyed, but Gabriella grabbed his arm and he let her drag him outside. His mind was turning, carefully putting observations and facts into boxes, listing options and priorities and questions he needed answered.”

Tension builds with every passing chapter. Writing is crisp and quick; the dialogue is realistic and spurs the story on. There are a lot of characters in the story, but their characterisation is unique and you can tell Kyle spent a lot of time really crafting each and every one of them.

Setting plays a strong part in this novel. The weather is unpredictable and unforgiving — you can feel the cold rain and the harsh environment as it builds up in the mountains. Sometimes setting feels like another character, adding intrigue and mystery. What secrets is that fog hiding?

The blend of supernatural elements into this story was an interesting choice. Personally, I hated the final chapter. When a novel is a standalone and the final chapter hints to some other world, there’s no way for a resolution and I end up incredibly frustrated. But I’m sure not everyone would have the same reaction.

“Something roared in Murphy’s ears. He wrenched against the cuffs on the table, shouting profanity. He was barely aware of the words leaving his mouth as he kicked the chair over behind him, kicked against the metal legs of the table.”

I will admit, there were a few moments — twists — that felt predictable to me. Spoiler alert. The letters KUN being etched onto the police car felt significant, and identifiable as a clue; Madison mentioning the ‘game’ when they were atop the mountains also signalled some kind of forward planning; Jake being tasked with driving himself to the police station when he was acting suspicious — no surprises when he drove off and tried to make a break for it.

I don’t think I fully understood why the author crafted Tom and Monica the way he did. Monica doesn’t have much real estate in the story, so I’m not really sure why we were positioned to feel sorry for her when she also was very aware of Tom’s behaviour. To be honest, I didn’t feel like Eliza and Monica’s acceptance of Tom’s behaviour was very realistic.

Despite some predictable moments, The Bluffs will please any crime or mystery reader. Recommended for fans of Stephen King.