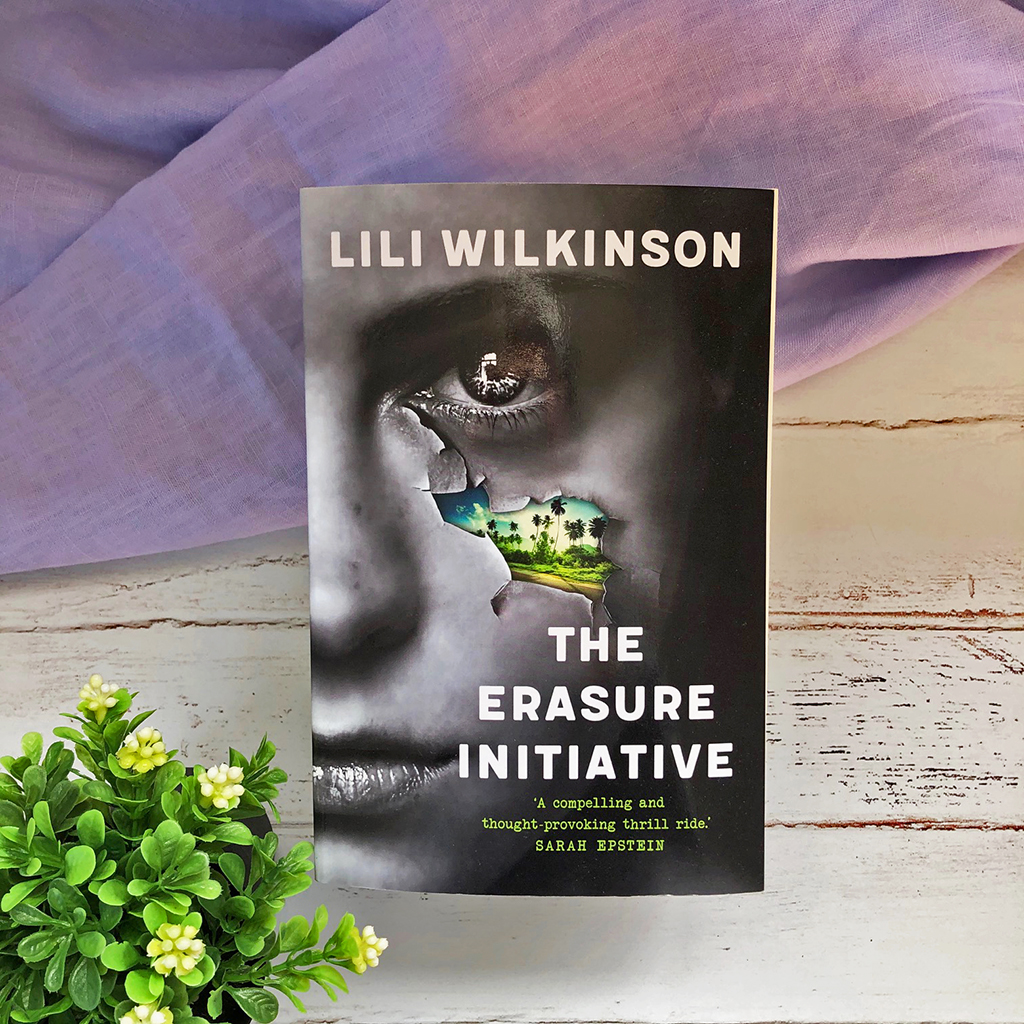 A girl wakes up on a self-driving bus. She has no memory of how she got there or who she is. Her nametag reads CECILY. The six other people on the bus are just like her: no memories, only nametags. There’s a screen on each seatback that gives them instructions.

A series of tests begin, with simulations projected onto the front window of the bus. The passengers must each choose an outcome; majority wins. But as the testing progresses, deadly secrets are revealed, and the stakes get higher and higher. Soon Cecily is no longer just fighting for her freedom – she’s fighting for her life.

Lili Wilkinson’s The Erasure Initiative is a YA psychological thriller that explores human behaviour, morality and ethical decision-making. The novel is also highly entertaining and set within a high-stakes, high-pressure environment. The Erasure Initiative ponders the possibility of using the trolley problem to re-align criminal behaviour.

Seven people wake on a driverless bus with no memory of who they are and how they got there. Our protagonist, Cecily, soon forms strong bonds with the handsome young Paxton and the brash but tech-savvy Nia. A series of hypothetical situations forces the group to come together in an unpredictable, and at times manipulative manner.

“The seatback displays don’t offer us any new information. We pace up and down the aisle. Check over everything a few more times. Hunger makes everyone jitter and snap at each other. Riley’s knee bounces up and down incessantly, and I want to yell at him, but I don’t, because I’m scared of his clumsy tattoos and scars.”

I’ve read quite a few of Lili’s books, including her other psychological thrillers After the Lights Go Out and The Boundless Sublime and I always find the twists and reveals to be incredibly clever. I genuinely don’t see them coming, so big ticks for that.

The trolley problem is only interesting and engaging the first few times you do it, so I was intrigued to find out how Lili was going to keep a reader engaged for at least 70,000 words. After the first couple of trolley problems I was bracing myself for repetition, but Lili manages to switch the rules and change the game with each chapter. I’m happy to admit my prediction was wrong.

“Inertia hurls me forward. I have just enough time to throw my hands up to protect my face as I collide with the windscreen, my body doing its damnedest to continue its forward trajectory through space. I close my eyes in involuntary defence as my face smashes into my hands, and my wrists and elbows and hips connect with the glass.”

I do think some characters were so engaging and dominant that a few characters on the bus got drowned out as a result. Riley is one of them — I kind of forgot about him until his character reached their pivotal moment. Catherine was also a bit of a sly fox, disappearing into the pages (although I’m certain that was intentional). And Edwin is a lot more interesting (and relevant) towards the end of the novel — he felt a little lost in the first half of the book.

The dynamic between Cecily and Nia is an interesting one, and something that develops really well over the course of the novel. I think Lili has done a great job of capturing the premise of missing memories very well. Being in Cecily’s head feels like climbing inside a toddler learning to walk. You can’t really look away.

“This time only Sandra chooses to save the person. I choose NO, because if Edwin’s right and the dickhead who’s behind this is trying to compare our answers, then I’m going to screw with him by always choosing NO.”

Admittedly, at times the dialogue felt a bit preach-y and like the author’s views on certain societal issues were poking through the novel. Additionally, with such a small cast of characters — there’s really only seven of them — Lili manages to tick a lot of diverse minority boxes and sometimes it felt a bit like it was approaching being tokenistic.

Compelling and enthralling right until the final page, The Erasure Initiative is recommended for fans of thriller and mystery. I don’t think this book is limited to YA readerships; adults and young readers alike with find themselves absorbed in this premise.