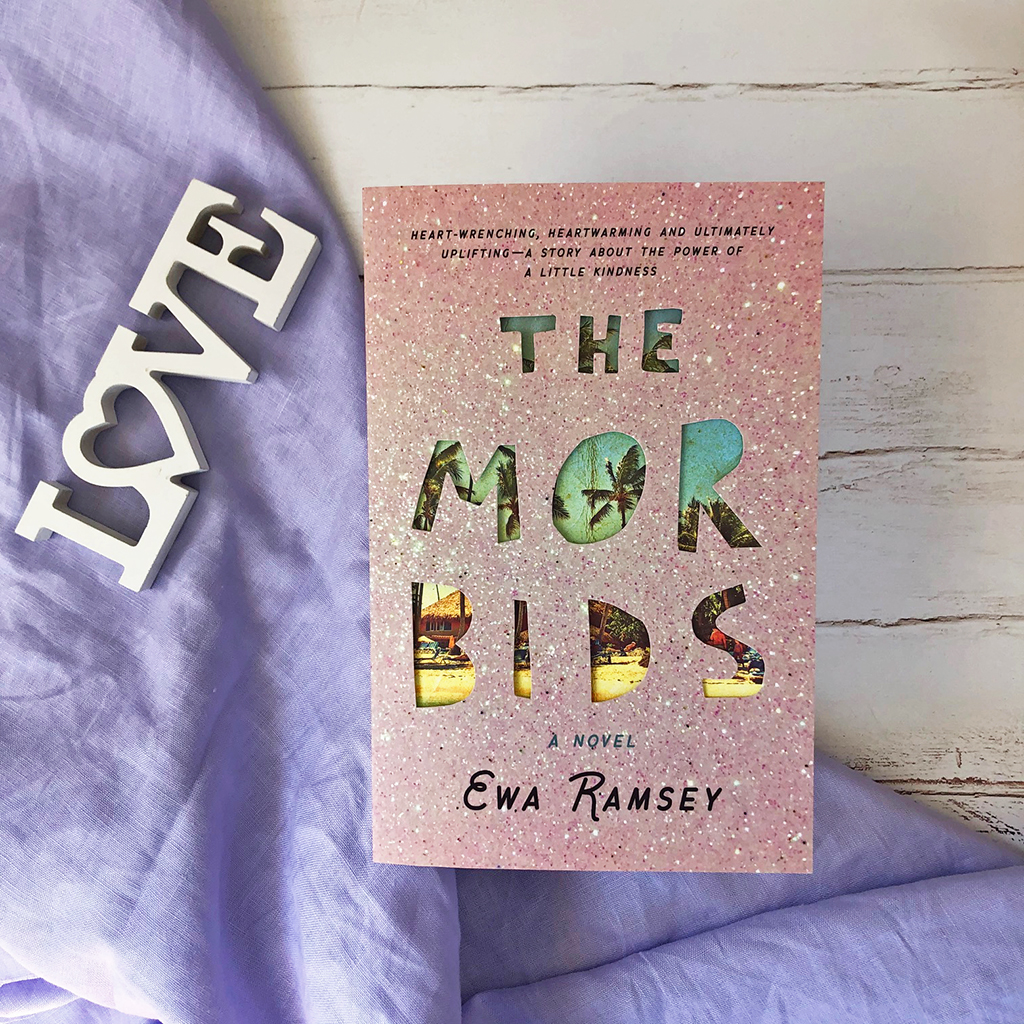 Two years ago she was a normal twenty-something with a blossoming career and a plan to go travelling with her best friend, until a car accident left her with a deep, unshakable understanding that she’s only alive by mistake.

Caitlin deals with these thoughts by throwing herself into work, self-medicating with alcohol, and attending a support group for people with death-related anxiety, informally known as the Morbids.

But when her best friend announces she’s getting married in Bali, and she meets a handsome doctor named Tom, Caitlin must overcome her fear of death and learn to start living again.

Beautiful, funny, and universally relatable this story of hidden loneliness and the power of compassion and companionship reminds us that life is an adventure truly worth living.

Ewa Ramsey’s literary novel The Morbids captures the crippling fear of death, and explores mental illness and anxiety and the powerful hold they have over their captives.

Caitlin walked away from a car accident completely unscathed, whilst the driver was killed instantly. Ever since, she’s felt death’s presence hovering over her — she’s convinced she’s going to die. And every Tuesday, she attends a community group called The Morbids, where she communicates with other people who also fear an untimely demise.

When we meet her, one might be fooled into thinking she’s coping. She regularly attends these therapy meetings, but the therapists aren’t overly helpful or directive, and it feels like being around other people constantly anxious about death might actually be stopping Caitlin from healing and moving forward with her life.

And whilst she successfully holds down a job as a waitress at a restaurant, she’s got a strained relationship with her family — who don’t sympathise for her situation, nor do they approve of her job — and she’s been slowly distancing herself away from her best friend, Lina. Her best friend’s getting married in Bali and Caitlin can’t bring herself to organise the flights or accommodation, let alone ask her boss for the time off. She’s a ticking time bomb.

Structurally, the chapters move between past and present, but so does the prose within each chapter. Caitlin’s mind is scattered, a little uneven and also unreliable. Ewa has cleverly constructed this novel to embody the chaos going on in Caitlin’s head, whilst also threading a story that is easy to follow and absorbing to read.

Ewa explores mental illness and anxiety with great care and compassion; Caitlin’s state of mind fluctuates as we progress through the novel. The impending wedding in Bali, and her budding romance with a handsome doctor propels forward her day-to-day and when everything reaches a head, Caitlin is forced to confront her illness.

Caitlin’s friendship with Lina is an interesting one; Caitlin hides herself away from her best friend, even though she’s probably the one person who can help Caitlin at this time in her life. Perhaps Caitlin feels like a burden, perhaps she struggles to articulate her own thoughts and feelings — perhaps she feels like she can fix herself. Readers will recognise parts of themselves in Caitlin, but they may also recognise a friend or family member. Mental illness is complex and at times, all-encompassing. This book might be a comforting read for some, and perhaps uplifting for others.

“In the year or so I’d been coming, there had been a lot of new faces. Most only came once. They were sent by doctors or shrinks or their local mental health service, but you didn’t need a referral and it was free, right down to the tea and coffee, so occasionally we’d get tourists…Death was huge on Facebook, if you knew where to look.”

I do think this book is suited to seasoned readers, not reluctant ones. This is not the book you pick up for a beach read, or an aeroplane read. It’s literary fiction and tough going in parts. At times, the pacing is quite slow and the plot a little non-existent. I suspect reluctant adult readers may pick this up and then put it down a third of the way through.

But for fans of literary fiction? Slow-burn character-driven stories? Debut novel The Morbids is a welcome addition to your bookshelf.