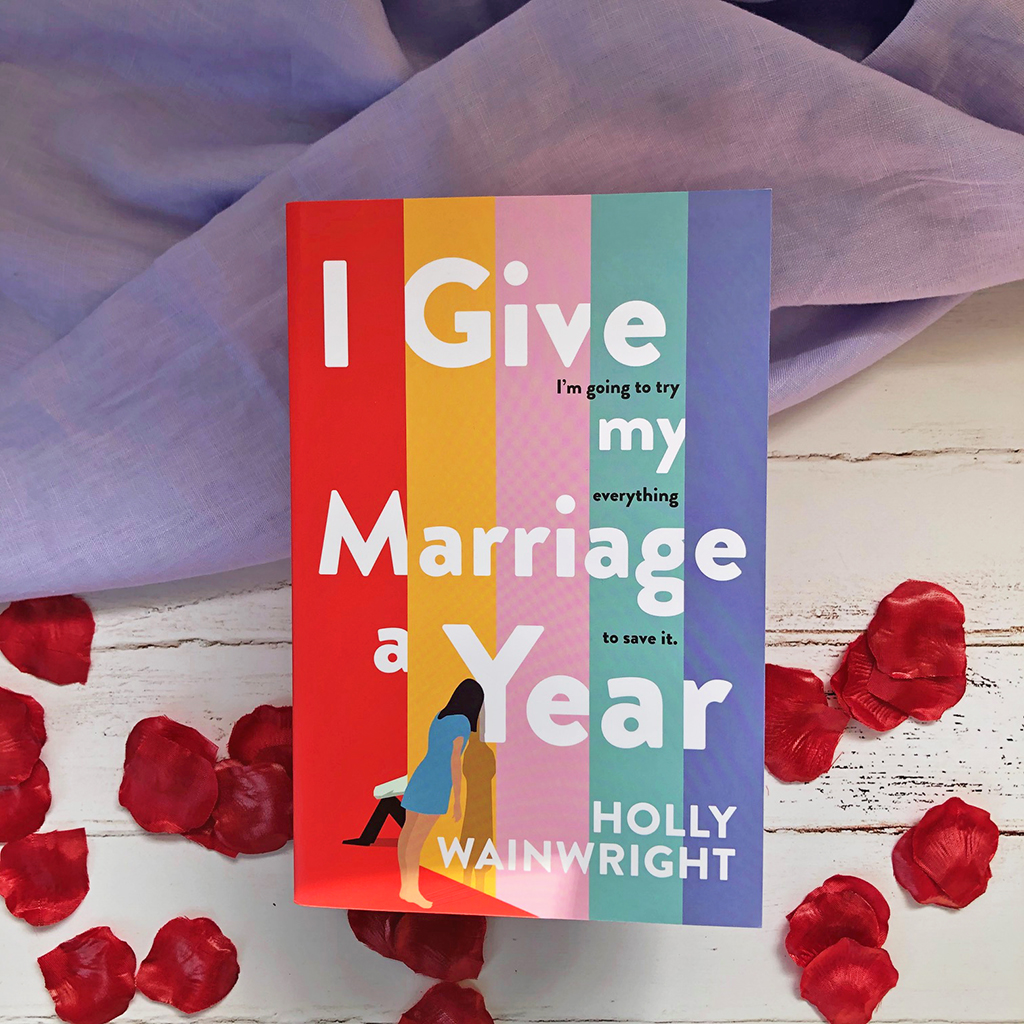 Lou and Josh have been together for 14 years. They share two kids, a mortgage, careers and plenty of history. Now, after a particularly fraught Christmas, Lou is ready to ask herself: is this marriage worth hanging on to?

Every month for a year, Lou sets a different test for their relationship – from daily sex to brutal honesty – to help her decide if she should stay or go. Secrets are exposed, old wounds reopened and a true-to-life suburban love story unfolds.

I Give My Marriage a Year paints a sharply accurate, often hilarious picture of a modern Australian marriage. Lou and Josh are a couple on the edge, and their efforts to bring their relationship back from the brink will resonate with anyone who has ever asked themselves: is this enough?

Whose side will you take? Who deserves a second chance? And will Josh and Lou stay together or split for good?

Holly Wainwright’s I Give My Marriage A Year is contemporary women’s fiction spanning twelve months. We meet Lou and Josh after they’ve been together for 14 years and are raising two daughters. Frustrated and exhausted, Lou is giving herself 12 months to decide if she wants to stay married to Josh.

The novel is well-written, well-rounded, with brief but illuminating snapshots into Lou and Josh’s lives. Each chapter evokes sympathy and empathy for the characters, presenting alternate sides to the marriage and allowing the reader to delve into the foundation of their relationship.

“This was the kind of thought he used to share with Lou. Once, she would have laughed if he said that out loud to her. Looking towards the car, Josh could tell by the set of her shoulders that she would choose note to find that funny these days. Especially not now.”

Truthfully, the characters are wildly unlikable — Lou is probably the most unlikable. She’s bitter, unapologetic. And whilst her husband isn’t perfect, I couldn’t focus much on his character because I was so distracted by my own dislike of Lou. The only likeable character in the whole book was Lou’s best friend Gretchen.

And yet, I liked this book? I kept reading? I found myself incredibly invested in their marriage? I found myself recognising others in their relationship — in their fights, their arguments, their means of pushing through an uncomfortable moment. I don’t think you can write this kind of book with likeable people in mind. Relationships are messy and ugly, and your partner sees the worst in you. We’re seeing the worst in Lou and Josh.

“They used to talk about everything, the two of them, lying in bed. It was his favourite place to be in the world, on his side, looking at Lou, listening to her talk. He liked to play with her hair while she told him stories about the kids she was teaching, about her friends, about the news, and politics.”

It does feel like this is a unique addition to the contemporary women’s fiction genre. So many stories are written about the start of a relationship, or the end of one, but what about the middle? What about when it’s been fourteen years and you’re struggling to decide whether to stay or to go? Many readers, all at different stages of a relationship, will gravitate towards this novel.

“If Lou was curious about why Josh was suddenly making plans for them, after more than a decade of her being the one who made social arrangements, organised ‘date nights’ and controlled the calendar, she didn’t say so.”

The secondary characters contributed an added layer of depth to the story and its characters. Lou and Josh’s attitude towards love, relationships, and resolving conflict can be seen in their parents’ relationships as well.

Additionally, any readers pursuing some sort of creative career may recognise themselves in Josh. He was an aspiring musician but then took a job in carpentry to help Lou with bills, and building a family. Years later, he feels like he missed an opportunity to pursue a career he really wanted.