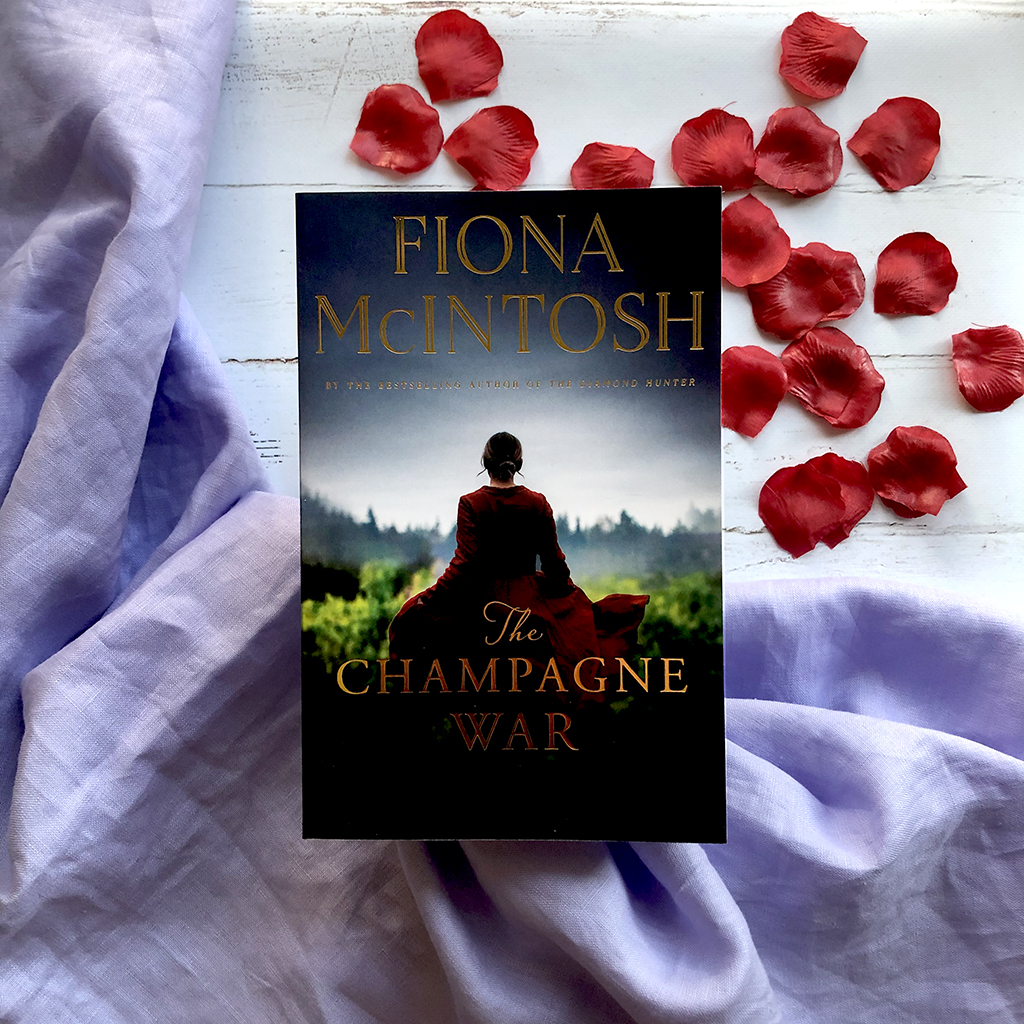 In the summer of 1914, vigneron Jerome Méa heads off to war, certain he’ll be home by Christmas. His new bride Sophie, a fifth generation champenoise, is determined to ensure the forthcoming vintages will be testament to their love and the power of the people of Épernay, especially its strong women. But as the years drag on, authorities advise that Jerome is missing, considered dead.

When poison gas is first used in Belgium by the Germans, British chemist Charles Nash jumps to enlist. After he is injured, he is brought to Reims, where Sophie has helped to set up an underground hospital to care for the wounded. In the dark, ancient champagne cellars, their stirring emotions take them both by surprise.

While Sophie battles to keep her vineyard going through the bombings, a critical sugar shortage forces her to strike a dangerous bargain with an untrustworthy acquaintance – but nothing will test her courage more than the news that filters through to her about the fate of her heroic Jerome.

Set during World War I, Fiona McIntosh’s The Champagne War is a sweeping saga about lost love, legacy, survival and and of course, champagne. Set amongst the gorgeous sun-kissed vineyards of rural France, and the tumultuous battle grounds in Belgium, Fiona’s latest novel follows a newly married couple torn apart by war.

This is my first time reading a Fiona McIntosh book, which is a little baffling considering how much I love historical fiction. The premise is exactly the kind of read I knew I’d love, and I was not disappointed.

Fiona’s prose is delectable. Written in third person, Fiona captures each character’s voice and personality with ease. Dialogue is rich and realistic, and the pacing maintains consistency throughout. Setting is a huge part of the book, like most historical fiction. Fiona guides you through France and Europe, exploring the different facets of the war and how people in different locations were affected by the fighting.

“In the time she’d stood here, how many men had been hit by bullets? How many men had died from artillery? Or shrapnel wounds? A new battle was now raging in Belgium. Flanders was aflame again, and the French soldiers were bogged in trenches alongside their allies.”

At its core, The Champagne War is a love story between Sophie and Jerome. It’s about hope and perseverance, and the strive that one has to return home to their loved ones. But The Champagne War is also about Sophie’s independence and determination to continue managing her vineyards even during such a tumultuous time. She’s a wealthy woman, and intelligent, and even during the war she works hard to produce the champagne she loves so much. Even if it means striking a bargain with someone she despises.

The Champagne War highlights the far-reaching effects of war and its unfortunate soldiers. It’s not just about the men on the battle grounds — it’s also their family and friends, their loved ones, and their children. How must they go about their lives when war is raging? When they’ve lost someone they care about? Sophie spends many years in disbelief that Jerome has died in battle. She fights for evidence. She fights for the truth. But when the gorgeous Charlie crosses her path, and she feels attraction towards him, she feels deep guilt. She feels like she’s abandoning her husband, even though he’s been gone for many years. How many other women felt like this?

“Sophie let out a sighing breath and forced herself to stand, shake out her tense shoulders, and move on to another task. She knew the time was fast approaching to let Jerome go, let him live on in her memory…through his vines and the champagne with which she would honour him.”

The presence of champagne and its significance in the book adds a bountiful joy to the story. It’s clear that a lot of research went into writing this book, from the locations to the war, to the details around growing, bottling, and producing champagne amidst all that chaos. Fiona brings authenticity to the novel, and readers will appreciate all the insights into the vineyards and the champagne.

“The woman in front of Sophie looked over her shoulder and caught her attention. For over two hours they had been riddling the champagne bottles, angled into the shelves they called pupitres. It needed focused diligence to carefully turn thousands of bottles one eights forwards from yesterday’s position.”