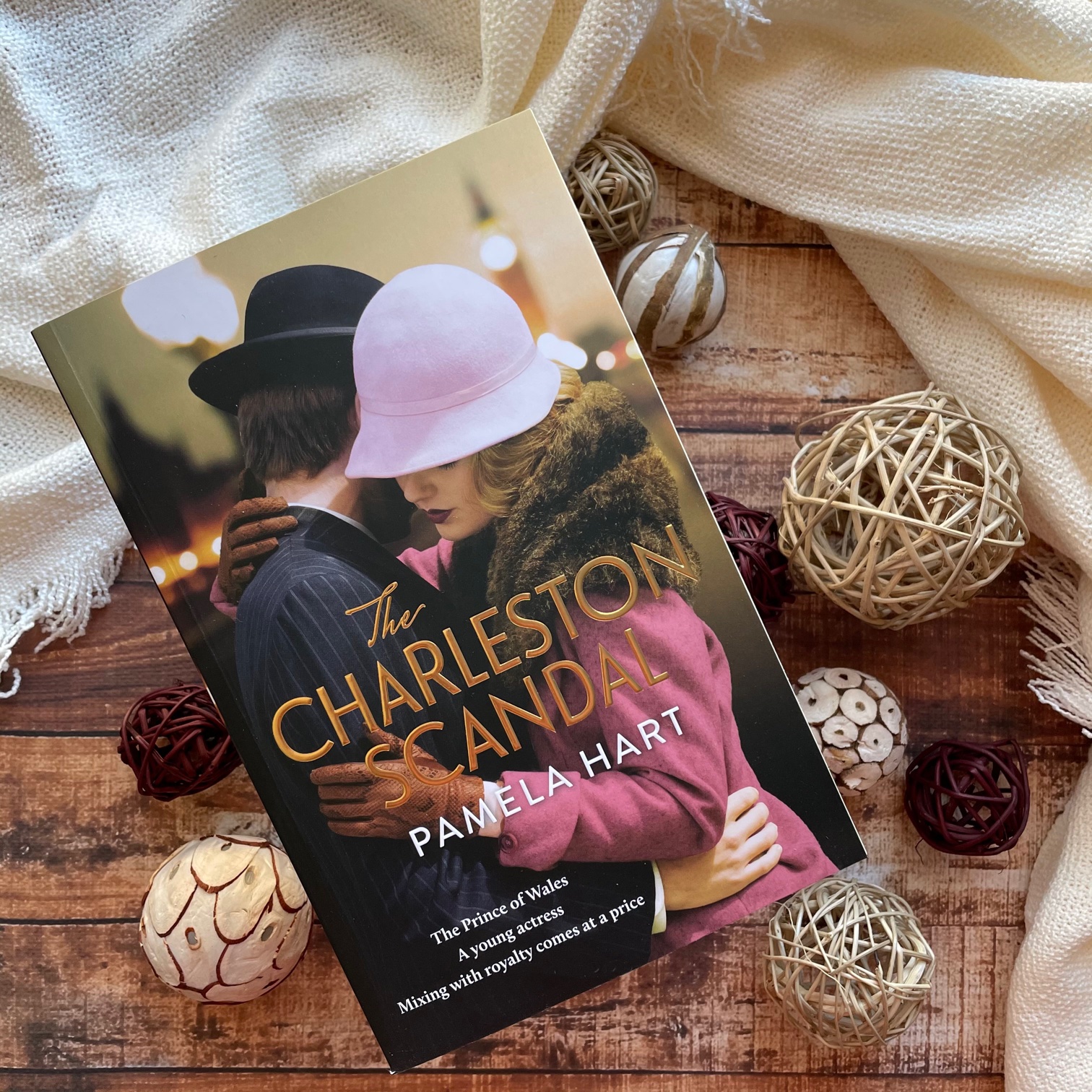 London, 1920s: Kit Scott, a privileged young Australian aiming to become a star, arrives in the city to find the Jazz Age in full swing. Cast in a West End play opposite another young hopeful, Canadian Zeke Gardiner, she dances blithely into the heady lifestyle of English high society and the London theatre set, from Noel Coward to Fred Astaire and his sister, Adele.

When Kit is photographed dancing the Charleston alongside the Prince of Wales, she finds herself at the centre of a major scandal, sending the Palace into damage control and Kit to her aristocratic English relatives – and into the arms of the hedonistic Lord Henry Carleton. Amid the excesses of the Roaring Twenties, both Zeke and Kit are faced with temptations – and make choices that will alter the course of their lives forever.

Pamela Hart’s The Charleston Scandal is a step away from the heartfelt war novels that her readers will be familiar with, and is instead an immersive story set during the roaring 1920s London after the war has ended and women are beginning to realise they can hold a place in this world.

Be transported to the glorious 1920s, where status is everything and parties are prevalent. It’s not what you know, but who you know.

The Charleston Scandal features an interesting array of characters, evocatively capturing the setting with fashion, culture, status and connections. Kit’s journey not only illustrates life in the 1920s, but it also highlights the difficulty for women – and actresses – to find work at the time. They weren’t taken seriously, and it took a strong, determined woman to defy society’s expectations and maintain that career path.

“He was – rather surprisingly – dressed in the most conservative suit Kit had ever seen. No tan with brown shoes here. Not even light grey. This was a proper navy pinstripe, complete with black shoes and a regimental tie. Surely that couldn’t be right?”

Written in third person and switching perspectives between a couple of different characters, The Charleston Scandal puts women at the centre of the narrative, exploring their struggles and triumphs in a time where women were not seen as equal to men.

While Kit is a little insipid at times, perhaps a little too forgettable, she is determined and she grows confident over the course of the novel. By the end, she knows exactly who and what she wants in life and she won’t let anyone’s opinions of her change that.

Themes explored in the novel include alcoholism, domestic abuse, women’s rights, equality and determination for a career that’s more than just socialising.

“She sailed off feeling momentarily on top of the world, until she recalled Lady Bridlingham’s curl of the lip. No matter who her escort or how nice her frock, that curl said she didn’t belong there and she never would.”

Admittedly, there doesn’t feel like there is a lot of tension in this novel. It just feels like party after party after party, and then some theatre/acting scenes thrown in. After a while, the plot felt a bit same-same. Zeke and Kit’s friendship felt like it was on the backburner for too long in the novel, so by the time anything significant happens between them, it almost doesn’t feel substantial enough? I think romance readers might be disappointed with this novel.

Very small thing, but Hitler is name-dropped towards the end of the novel. The book is set during the 1920s and my understanding is that Hitler didn’t really rise to ‘fame’ or power until at least 1933. It felt a little bit jarring – perhaps premature – to mention him in this story.

“He had more than one. She lost track; she had given herself a three-drink limit at the start of the night, although getting anything other than champagne from the waiter was a herculean effort.”

For fans of historical fiction.

Thank you to the publisher for mailing a review copy in exchange for an honest review.