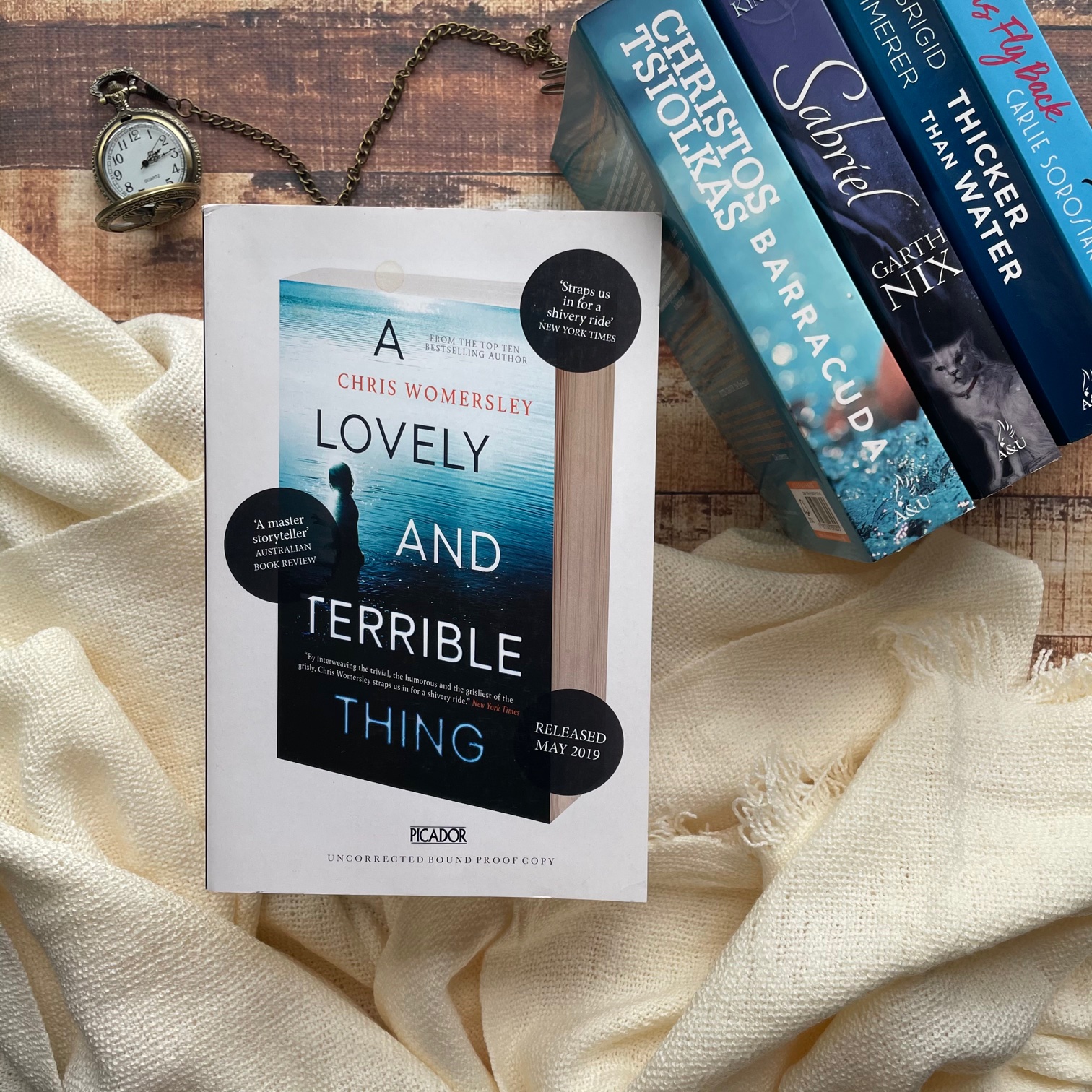 Around you the world is swirling. You pass through a submerged town, its steeples and trees barely visible through the thick water . . .

In the distance the wreck of the gunship HMS Elizabeth lolls on a sandbank. Oil slicks the canals of the capital and even now the old men still tell tales of mermen in the shallows . . .

A pool empty of water save for a brackish puddle and bones and hanks of fur on the floor – the remains of mice or possums that have tumbled in, lured perhaps by the moisture. Or perhaps by something else . . .

Chris Womersley’s A Lovely and Terrible Thing is a memorable collection of twenty short stories, each as vivid and original as the next.

It’s hard to try and capture a concurrent theme in this work, or even a message that runs within each story. They’re all very different. Whilst most of the short stories are written in first person, the protagonists of each story are all unique creations. Some you sympathise with, or grow to love. Others you forget about the second the story is over, because they’re not the most memorable aspect of the story — and weren’t intended to be.

Each story has the potential to linger in your mind, leave you thinking. And the beauty of a short story collection is not every story will resonate with every reader. Everything is open to interpretation.

“I’m watching Frank and something happens to him as he tells his story. Right in front of my eyes he seems to age. He sags in his seat. Earlier you could see the guy he might have been twenty years ago, before whatever happened to him happened, but now he resembles an old bunyip with a comb-over.”
THE VERY EDGE OF THINGS

My favourites from the collection include The House of Special Purpose, for it’s ominous, tense plot and the sense of dread that builds throughout; Growing Pain, for it’s fantastical, other-worldly feel, and how it follows a character at the cusp of her teen years, a seemingly domestic setting, but she’s going through something a reader cannot relate to; The Mare’s Nest, for the secrets it doesn’t reveal; The Deep End, for the build up, the tension, and the jaw-dropping, incredibly juicy ending; and Theories of Relativity, for establishing familial dynamic in so few words, for circling back to earlier moments in such little time, and for that haunting ending that I had to re-read just to believe it was real.

“After several minutes I became aware — by what precise means I couldn’t say — that we were being observed. There was a twitch in the bushes, followed by an intimation of snuffling. Again the sound of small bells. My father breathed heavily. His hand was warm and dry.”
THE MARE’S NEST

Traversing a number of different emotions from heartache to heartfelt, Chris’ short stories explore death, family, friendship, and expectation, among many other subjects — where our lives ended up, versus where we thought they were, how we process grief and explain that to others, how close we come to death, or perhaps others brush it, and we find ourselves fascinated by it. You could spend a long time dissecting these stories and still find things to love about Chris’ writing. What a marvellous, wise collection of work — highly recommended.

“In the short walk across the lawn I had run through a variety of scenarios, all of which involved me emerging victorious from whatever altercation I was about to engage in, but now I was here, in the thick of it, my resolve ran from me like water.”
THE OTHER SIDE OF SILENCE

Recommended for readers of short stories, or lovers of literary fiction. A quick read, and engrossing. Can easily be devoured in one sitting. A Lovely and Terrible Thing is filled with unpredictable characters and stories, and will leave you craving more.