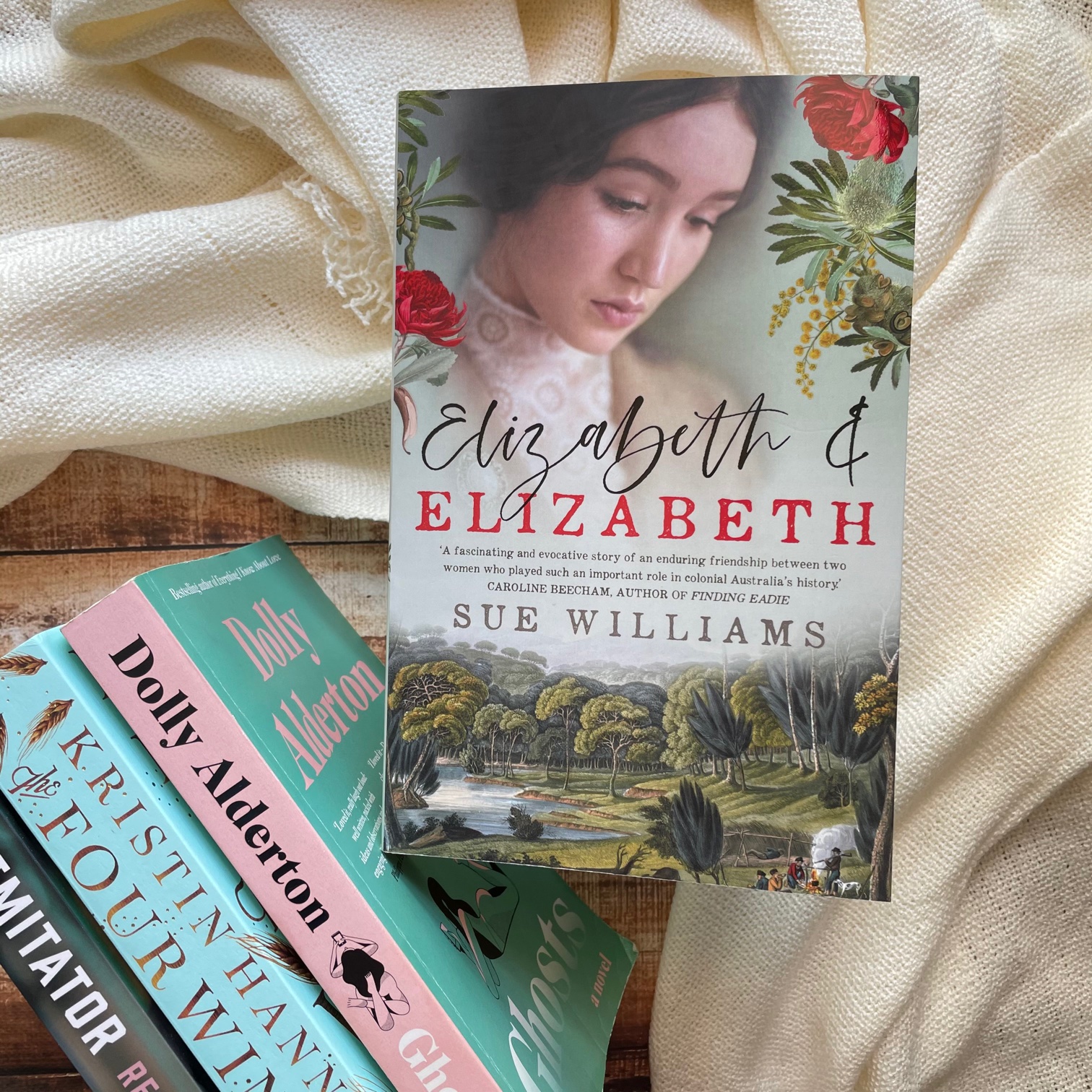 ‘I’ve waited for this moment so long, dreamed of it, prepared for it, I can barely believe it’s finally here. But it is. And it is nothing like I expected.’

There was a short time in Australia’s European history when two women wielded extraordinary power and influence behind the scenes of the fledgling colony.

One was Elizabeth Macquarie, the wife of the new governor Lachlan Macquarie, nudging him towards social reform and magnificent buildings and town planning. The other was Elizabeth Macarthur, credited with creating Australia’s wool industry and married to John Macarthur, a dangerous enemy of the establishment.

These women came from strikingly different backgrounds with husbands who held sharply conflicting views. They should have been bitter foes.

Sue Williams’ Elizabeth and Elizabeth is a rich, heartfelt historical fiction debut, exploring early colonial Australian history and the story of two women who forge a strong bond amidst unlikely circumstances. Together, they wield incredible power and are pivotal in the development of Australia.

It’s quite refreshing to read historical fiction that doesn’t centre around a budding romance — a rare find! Instead, Elizabeth and Elizabeth is about a budding friendship, and the support that each characters provides the other within this male-dominated environment.

This novel puts women front and centre during a time when females generally didn’t have much say. Sue establishes a strong, multi-layered characterisation in each of these women — Betsey is hopeful, eager, and perhaps a little naive. Elizabeth is older and wiser, has lived in Australia for longer, and possesses a slightly judgemental and skeptic attitude, which does adapt and change over the course of the novel.

“It would be one last adventure for us both, I told him, an experience we could share and an exciting chance to help shape a part of the world we were hearing so much about. It would be a fine legacy for him, a fitting finale to his long career of service to his country and a great opportunity for me to see something of the world.”

Another strength in the novel is setting and location. Capturing Australia in the early 1800s requires vivid description, and an understanding of the political landscape of the time. Sue brings authenticity to the novel, making it clear how much research has gone into this work — how much time and dedication. I’ll admit some of the political dealings and international relations went over my head, but I appreciate the necessity of these elements in the novel, and how Sue seamlessly wove them in with intrigue.

“Ironically, given the number of times Lachlan urged me to be patient when we arrived, it’s now my turn to worry that Lachlan might be moving too far in relation to the emancipation of convicts, and it’s me who’s warning him to slow down so we don’t make too many enemies.”

Admittedly, I did feel like there wasn’t enough tension in the novel, and challenges felt thin and skimmed over. Because Sue was covering such a large amount of time within the confines of one novel, she did move through the plot quite quickly. As a result, any struggles the women faced, such as miscarriages or home invasions, happened too quickly to really dwell on.

Truthfully, I never really felt worried for either of the women. They both come from incredible privilege and so for the majority of the novel, tensions just didn’t really seem that heightened. Elizabeth’s husband is a bit of a sore point but he’s gone for majority of the novel. For Betsey, her most impressive act of courage doesn’t really happen until the end of the novel, when she’s working so hard to have her husband’s report published. I felt there was scope to expand on that, but instead the months are skimmed over and so I never really felt concerned for her plight.

“She’s a similar age to me, maybe just a few years younger, and she’s plucky, too. Apparently, when the mutineers appeared at Government House to depose her father, she tried to fight them off with her parasol! I would have loved to have seen that.”

Recommended for readers of historical fiction.