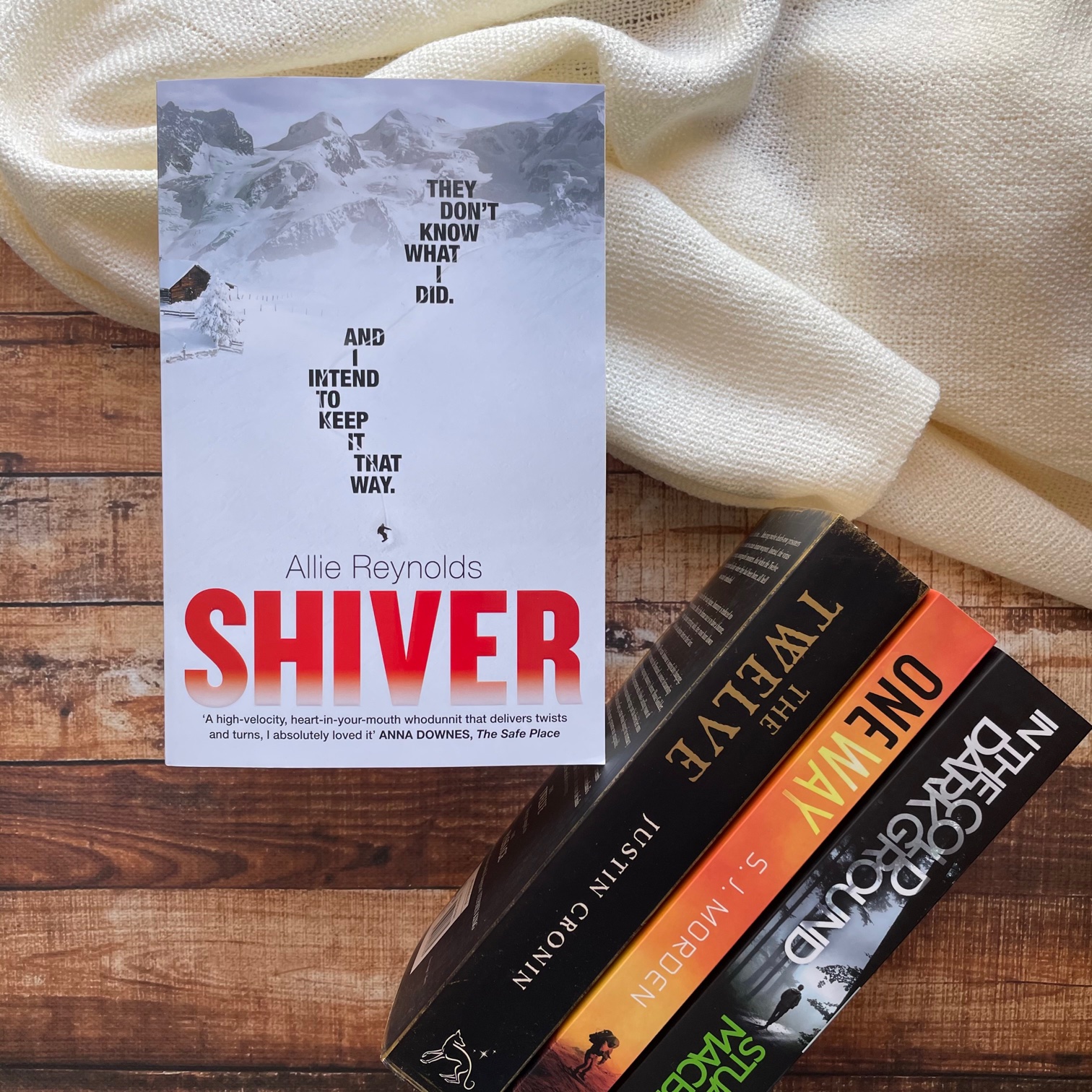 In this propulsive locked-room thriller, a reunion weekend in the French Alps turns deadly when five friends discover someone has deliberately stranded them in a deserted mountaintop resort.

When Milla is invited to a reunion in the tiny resort that saw the peak of her snowboarding career, she drops everything to go. While she would rather forget the events of that winter, the invitation comes from Curtis, the one person she can’t seem to let go.

The five friends haven’t seen each other for ten years, since the disappearance of the beautiful and enigmatic Saskia. But when an icebreaker game turns menacing, they realise they don’t know who has really gathered them there and how far they will go to find the truth. In an isolated lodge high up a mountain, amid a looming snowstorm, the secrets of the past are about to come to light.

Allie Reynolds’ Shiver is a compulsive, break-neck thriller set in the freezing and claustrophobic confines of the French Alps. Ten years earlier, the beautiful but bewildering Saskia went missing somewhere near the ski resort. Now, someone has brought five of Saskia’s closest friends together to find out what really happened to her.

Firstly, kudos must be given to Allie for crafting a setting that allows for so much plot within such little footprint. I love a claustrophobic setting, such as a college dormitory, or a summer holiday. It makes you feel like you’ve been squeezed in together with these characters, observing the fallout of long-repressed secrets. And in Shiver, these five characters are stuck together in this resort — no way out — until the person who brought them together finds out what happened to Saskia all those years ago.

“Saskia has her arm around me like I’m her new best friend. She smells of perfume, heady and exotic, though she wears no make-up apart from violet eyeliner that makes her eyes look even bluer.”

Each of the characters are so different, it allows for a seamless reading experience. There were a couple of times in the very beginning where I got Dale and Brent confused with each other, but once the flashbacks start refining their personalities and their backstories, the characters separate from each other as a group and become far more unique.

The book switches between present day and ten years ago, slowly revealing how Milla’s life became so entangled with Saskia’s, and ultimately, what happened the day she went missing. In the present, we’re taken on a frantic goose chase throughout the resort as someone starts forcing the five to reveal their secrets. And there are a lot of them!

“Athletes are physical people. We have all this energy and sometimes there’s some left at the end of the day. So it doesn’t surprise me that the boys did that. And I like how they did it. There was nothing leery or threatening about it; they simply put out the offer for me to take or leave.”

A lot of experience has gone into this novel. There’s considerable insight into the life of a professional athlete, and how important winning is to each of them. As a former snowboarder, Allie’s knowledge of snow and the mountains, the dangers they present, have informed the entirety of this book. There’s a lot of detail into the competitions surrounding snowboarding — the routines. But don’t let this deter you. Readers don’t need to be familiar with snowboarding, or even like it, to read this book. You’ll find yourself absorbed in the pages from the very first chapter.

I will admit that there were elements of the ending that I found predictable. Spoiler: due to the logistics of everyone’s whereabouts, and how they tended to stick together most of the time, it became clear quite quickly that none of the five were responsible for the botched reunion. It had to be someone else. From there, it was quite easy to figure out who was behind everything.

But despite that, I ripped through the pages in one day, desperate to get to the end. Shiver is intoxicating and enthralling, an instant favourite.

“When I was fourteen I got a Saturday job at the local dry slope, so I switched to snowboarding because I could ride for free. I got where I am without help from anyone. It’s part of what drives me. My way of giving Dad the finger.”

Recommended for readers of mystery, thriller and crime. Agatha Christie set in the French Alps.