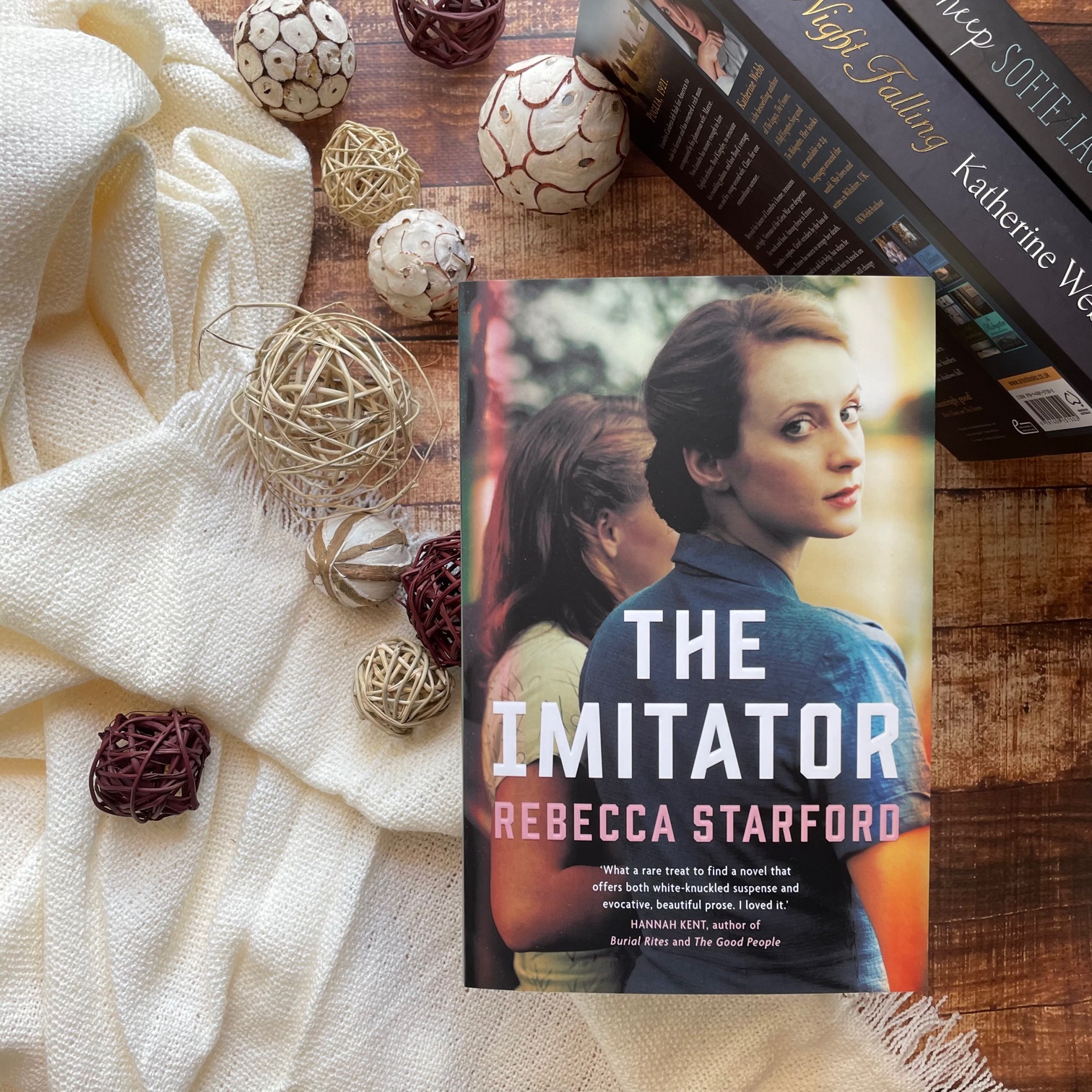 Out of place at boarding school, scholarship girl Evelyn Varley realises that the only way for her to fit in is to be like everyone else. She hides her true self and what she really thinks behind the manners and attitudes of those around her. By the time she graduates from Oxford University in 1939, ambitious and brilliant Evelyn has perfected her performance.

War is looming. Evelyn soon finds herself recruited to MI5, and the elite counterintelligence department of Bennett White, the enigmatic spy-runner. Recognising Evelyn’s mercurial potential, White schools her in observation and subterfuge and assigns her the dangerous task of infiltrating an underground group of Nazi sympathisers working to form an alliance with Germany.

But befriending people to betray them isn’t easy, no matter how dark their intent. Evelyn is drawn deeper into a duplicity of her own making, where truth and lies intertwine, and her increasing distrust of everyone, including herself, begins to test her better judgement. When a close friend becomes dangerously ensnared in her mission, Evelyn’s loyalty is pushed to breaking point, forcing her to make an impossible decision.

An intriguing spy novel set during World War II, Rebecca Starford’s The Imitator is an ambitious blend of literary fiction, historical fiction, and espionage thriller. Whilst there were certain aspects of the novel that I enjoyed, the story did fall a little flat for me and certainly wasn’t what I was hoping for.

Rebecca captures the era seamlessly, thrusting readers into the depths of the Second World War — the paranoia, the fear, but also the unearned cockiness from some people who think they’re invincible at a time like that. Meeting all the different characters in the novel — main or secondary — allows for an enjoyable read.

Tension and pacing is managed incredibly well, allowing for a build-up of tension and a natural desire from the reader to keep turning the pages to find out how events during the war transpired. I personally found Julia to be quite the enigma, and I felt drawn to her as a character.

I also really enjoyed the structure of the novel. Rebecca switches back and forth between 1948 — a time when Evelyn is incredibly secretive about her role during the War, especially when she runs into an old colleague Julia — and 1930/1939/1940. The time shift structure is common in historical fiction, and by moving between these dates we get a glimpse of how a character’s personality has altered over time, and how events of the past have affected them years later.

“We trade in secrets here, Evelyn. There’s no shame in having a few of your own. Our only concern is for who might discover them.”

Truthfully, I never really felt like we got any glimpse into Evelyn other than her actions. She comes across as stiff, and her character impenetrable. A little cardboard cut-out. And because I never really felt like I understood the character, I couldn’t warm to her or develop any empathy towards her. So her struggles and plights — the complications she faces — didn’t really evoke much emotion in me. I sometimes wondered if writing this book in first person would’ve allowed for a more intimate portrayal of Evelyn, that might help readers connect with her better.

Additionally, I would’ve liked more of an insight into her role as a spy. I was expecting more instances of betrayal — more moments where Evelyn had to choose between friends and her job. In reality, we witness only a couple of moments. And the subplot with her parents felt a little rushed and underdeveloped, I would’ve liked to see that become a bigger part of the story.

“She felt a throb of tenderness for him. What courage it must take to sit down each day and work on the decryption, to unpick those messages typed up in the language of his childhood, all the while knowing what those people — his people — had done to his own parents. She felt sick at her ignorance.”

The Imitator is suitable for readers of historical fiction.