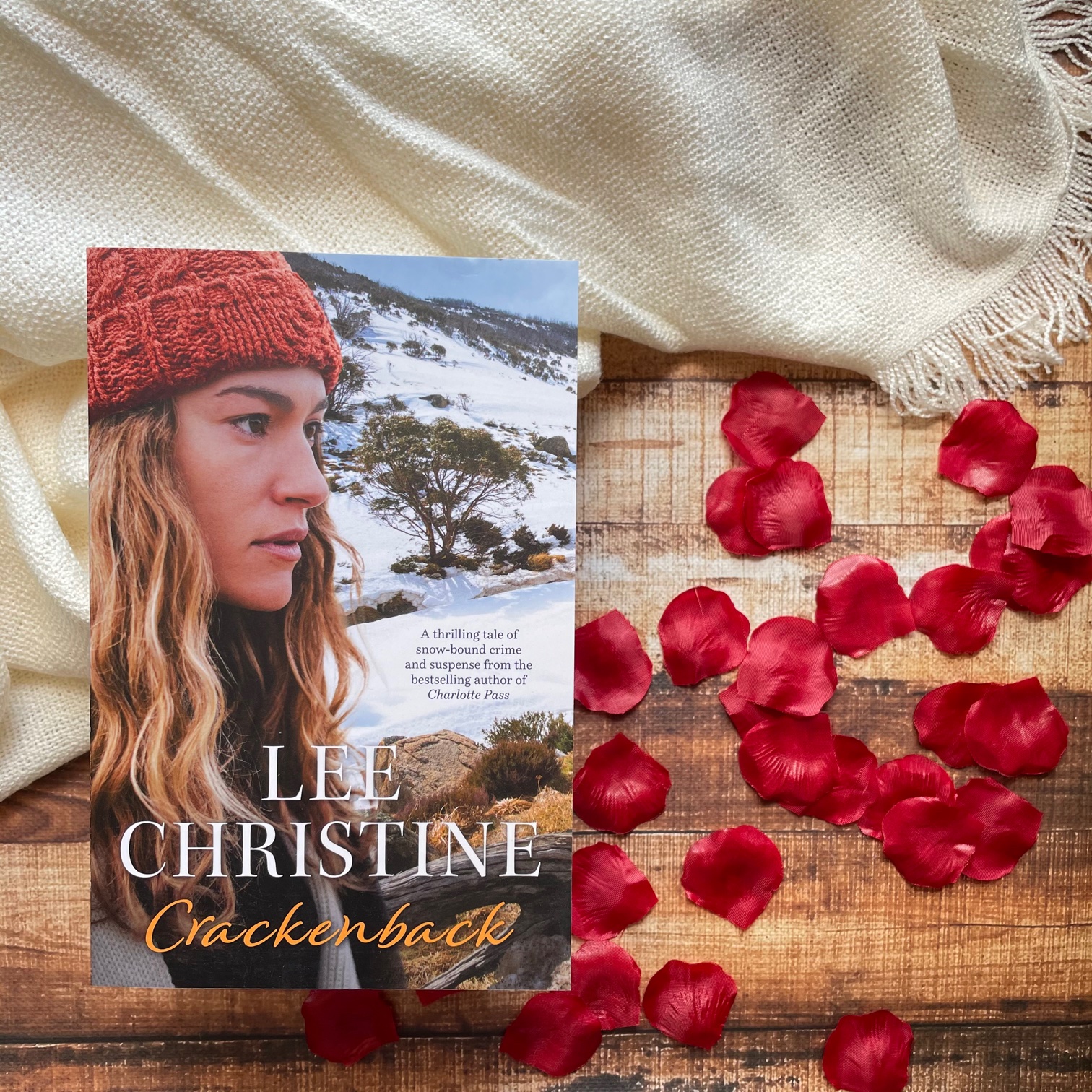 Detective Sergeant Pierce Ryder of the Sydney Homicide Squad is on the hunt for notorious fugitive Gavin Hutton.

After months of dead-ends, the breakthrough Ryder has been hoping for leads him back to the New South Wales Snowy Mountains on the trail of the suspected killer.

Meanwhile, when an injured man bursts into the remote Thredbo lodge managed by Eva Bell, her first instinct is to protect her daughter, Poppy. The terrifying arrival of Jack Walker turns Eva’s world upside down as the consequences of Jack’s presence become clear.

With a killer on the loose, Jack Walker and Ryder are tangled in the same treacherous web – spun across the perilously beautiful Crackenback Range.

Suspense novelist Lee Christine returns with her latest novel set in the Snowy Mountains — Crackenback. Split between two storylines and written in third person POV, the hunt is on for an escaped murderer deep in icy terrain.

Half of the book focuses on Thredbo lodge manager Eva, whose life is upended when former lover Jack Walker turns up on her doorstep — injured, anxious, and forcing Eva and their daughter Poppy into hiding. Notorious killer Gavin Hutton is on the lease, and Eva and Poppy are his targets.

The other chapters in the book focus on Detective Sergeant Pierce Ryder, who is hunting Gavin. As the novel flicks back and forth between these two settings, events happen concurrently and Pierce and Eva’s lives inevitably collide as Gavin Hutton draws near.

“Eva squinted harder. What was it she could see down there? It was then she realised that it was a set of footprints, partially obscured by the fresh snowfall. They were leading from her front verandah to the trail to the Willy Wagtail. Or was it the other way round?”

Strengths lie in the police procedural aspect of the book, and Ryder’s collection of evidence. We follow Pierce as he interviews witnesses and close contacts, desperately trying to piece together Gavin’s whereabouts. It’s clear that great research has gone into this aspect of the novel to ensure authenticity.

Another strength is characterisation — Christine crafts characters we grow to love. We sympathise when they struggle, and we keep reading to find out how their stories will end. Quieter moments in the book allow for the characters to face unresolved conflict, adding a layer of depth to the book.

Once again, we finds ourselves deep within an icy, cold setting. It’s the perfect read to accompany a glass of red wine. I could feel the biting temperatures and I could picture the blocked, snowy doorways. I could sense the danger lurking beyond the dark, misty outdoors.

“Eva locked the door with a violent shiver. When guests were staying, she would leave it unlocked twenty-four-seven so they had unlimited access to the mountain bikes, skis and snowboards stowed in the equipment room next to the laundry.”

The only aspect of the novel that I didn’t love was the slow pace of the Eva/Jack storyline. He bursts into her home and their setting doesn’t change much for majority of the novel. It’s really just them hiding out, and whilst it was interesting at first, I did find myself getting a little impatient — perhaps a little bored. Even Poppy doesn’t really provide much of an obstacle for their safety, and sometimes I forgot she was even in the house.

I felt like the author was trying to establish more of a romance than a thriller in this setting, and I think there was definitely capacity for both. I would’ve liked it if Gavin reared his ugly head a little earlier on the novel, pushed them out of their hiding place sooner.

“In the lobby, she watched as Jack dug in his pocket for the key and unlocked the drawer. Poppy had gone from spinning the bear in circles to wheeling the chair around the lobby like a pram. How was it that their lives had changed so much in an instant? One minute, she’d been looking forward to the snow season and happily chatting to Bede about his son’s wedding, and the next…”

High stakes and a cracking mystery right until the end, Crackenback is recommended for fans of crime and thriller, but only if you’re also interested in romance. If romance isn’t for you, then this isn’t the series for you. Fans of Christine’s previous novel, Charlotte’s Pass, will be excited to see the return of a few familiar characters.