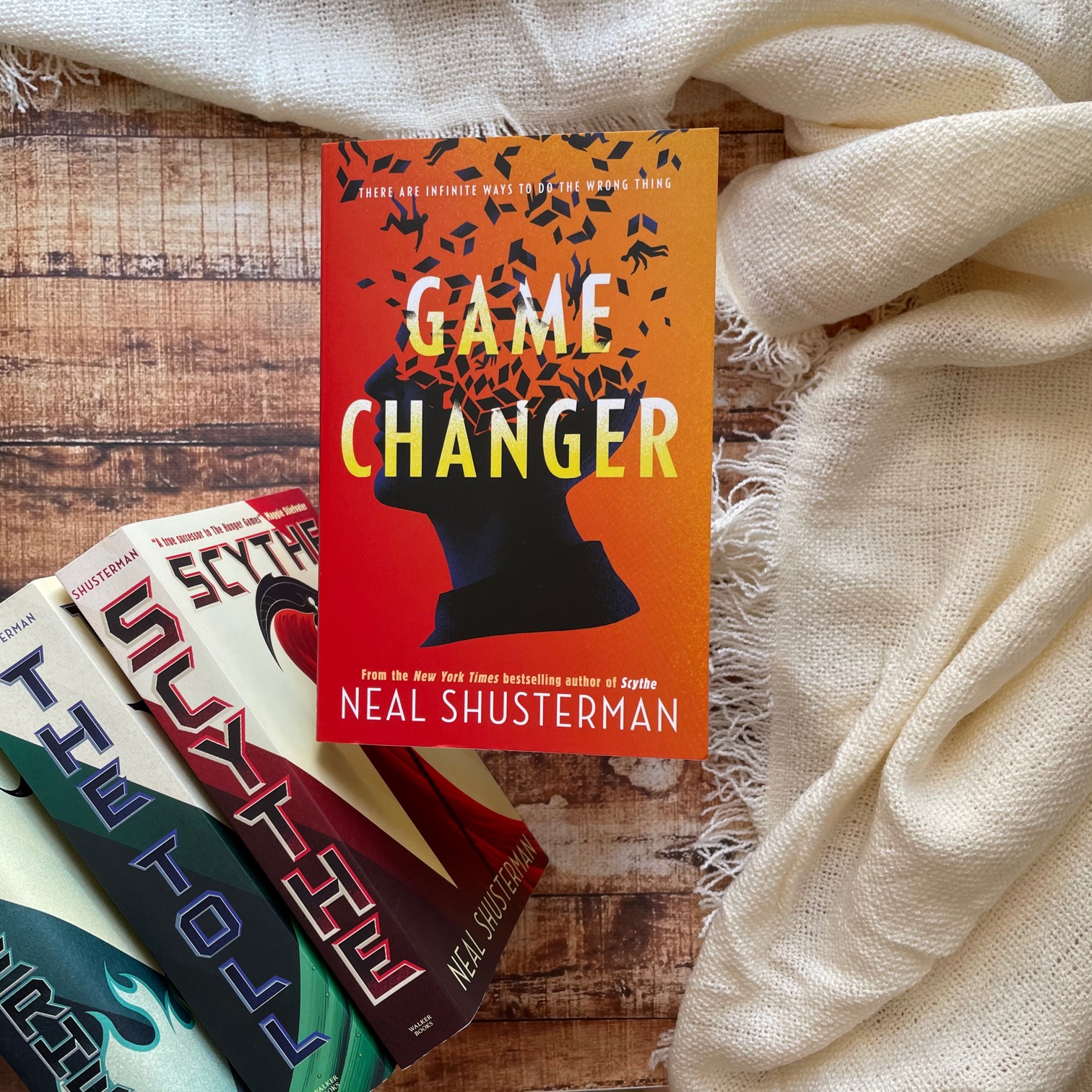 Ash is used to taking hits on the field for his high school football team – until he takes one that doesn’t just impact his body, but his whole reality. It starts with one small shift, but with every game, every hit, Ash finds himself pushed through a succession of universes almost-but-not-really like his own, until the small shifts in reality become significant shifts in Ash’s own identity.

As Ash experiences life from other perspectives, he starts to question the world he thought he knew, as well as the ones he finds himself catapulted into. For better or worse, the one thing Ash knows is that he’s got to find a way to put things back. A searing exploration of race, gender, sexuality and the nature of privilege.

Science fiction for young readers, Neal Shusterman’s latest novel Game Changer tackles plenty of social criticism and follows a teenage American footballer who unknowingly becomes the centre of the universe and is forced to live through parallel lives. In each alternate life, he’s faced with a flawed universe.

Initially, Ash is a privileged white boy who doesn’t think too hard about the struggles of those around him. But when a football tackle starts shifting his reality, he soon gains an insight into the world that he hadn’t grasped before.

“You rarely stop to think about how life hinges on the smallest events. Things so small you can’t even really call them events. Looking right instead of left, and missing the person who could have been the love of your life.”

Featuring elements of science fiction and the paranormal, Neal’s writing is always strong. The premise and entire concept of this book is quite fascinating, and Neal does offer a satisfying explanation of Ash’s prediction. Additionally, Ash offers insightful, observant and mature narration, and the first person voice is emotive and evocative. We get a strong sense of who Ash is as a person, even if that personality is a forgettable and narrow-minded (at first).

Each chapter and scene does feel neat and compact, driving the reader to continue with the story. Characters are diverse and marginalisation is explored, and Neal is skilled at capturing realistic, engaging dialogue.

Unfortunately, Game Changer doesn’t quite live up to its potential. There’s a white saviour complex to it and the book tries a little too hard at its attempt at being earnest. The marginalised characters in the book are there at the expense of Ash’s character development, which just feels a little too icky for the reader. And to be honest, Ash doesn’t really fight for what’s right. He witnesses marginalisation, and is horrified by it, but he just kind of keeps going? Hoping the next parallel universe will be different? I would’ve liked Ash’s character to possess more agency and drive.

Outside of this, the book just isn’t as pacy as Neal’s other works. The changing realities start to feel incredibly repetitive after the first couple, and the pacing slows right down. I got a little bored about three quarters of the way through, and if this book were any longer than it is, I would’ve given up on it.

“We are so limited. As a species. As individuals. Not only can’t we see the future, we can’t even see the present for what it is. We’re too clouded by the things we want and the things we fear. But worse than any other blindness is that we can’t see the consequences of our actions.

Game Changer is a well-intentioned novel that isn’t quite what it promises.