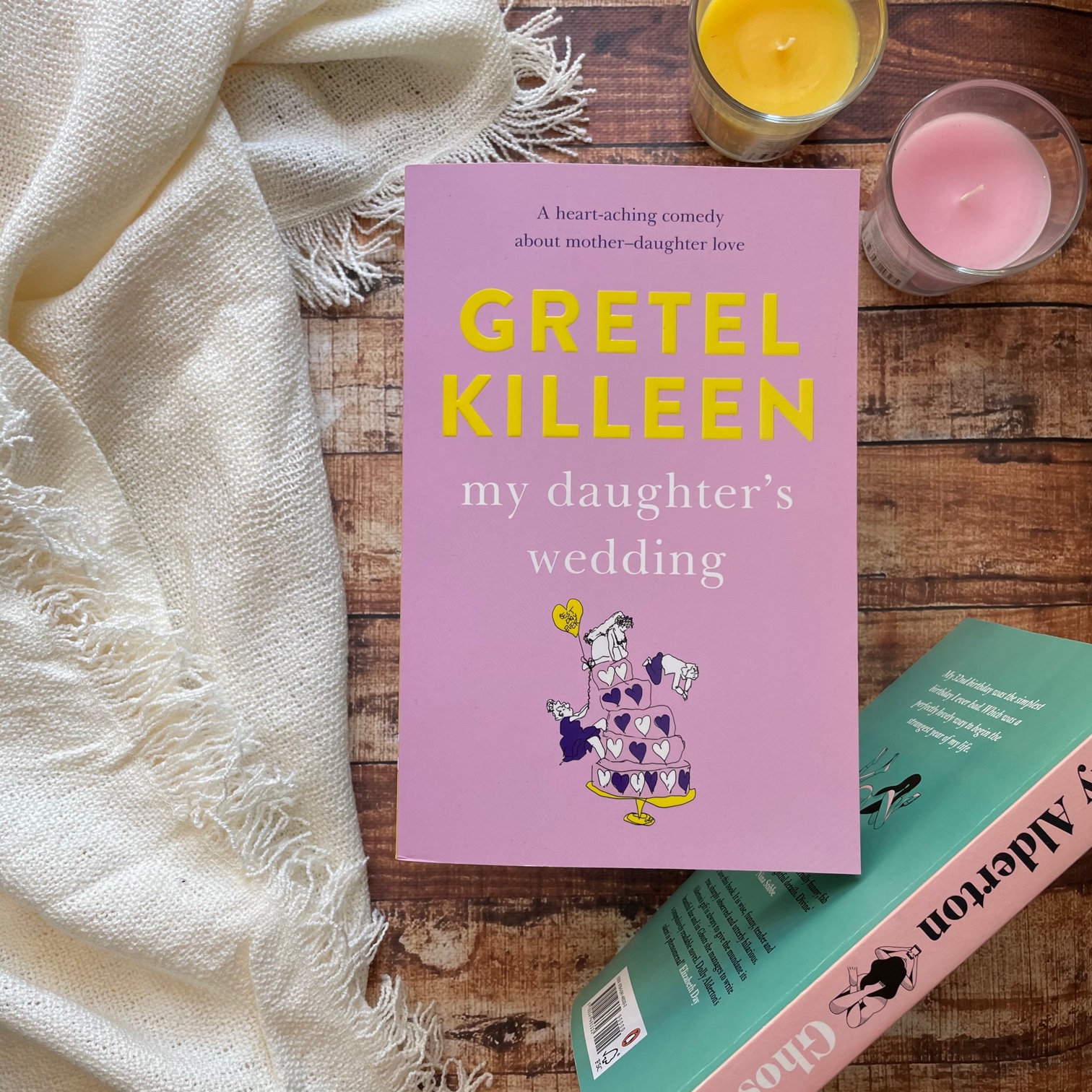 Nora Fawn’s daughter, Hope, disappeared four years ago. Nora has never known why. Refusing to answer her mother’s calls, emails or texts, Hope maintained contact only with her big sister, Joy. Having once considered her mothering to be the greatest achievement of her life, Nora’s spent these Hope-less years searching, aching, mother-guilting, working for a famous yet talentless artist and avoiding her own emotionally repressed mother, Daphne.

But … last night Hope rang out of the blue to say, ‘I’m coming home, I’m getting married, the wedding is in three weeks and it’s your job to organise it.’ Desperate to prove her worth as a mother and regain her daughter’s love, Nora commits to the task – assisted by her own increasingly dementia’d mother and her two best friends, Soula (an amateur bikini-line waxer) and Thilma (whom they found in a cab in the 1980s).

Contemporary women’s fiction about three generations of mother-daughter love, Gretel Killeen’s My Daughter’s Wedding is a fast-paced exploration into the complex family dynamics between women, and how broken relationships can always be mended.

I liked the structure of the novel, and the premise. My Daughter’s Wedding is formatted as a diary entry, which feels instantly accessible. You’re placed right in the centre of the action, and you’re involved in the journey the entire way. The concept of the estranged daughter allows Nora to reflect on her past mistakes, and we also witness a lot of similarities between Nora and her own mother.

The book is filled with a large cast of eccentric characters, all with interesting backstories and tiny quirks that make them memorable. This definitely feels similar to Gretel’s other fictional works — all quite out-of-this-world, wacky tales.

“Yes, it was after all that, when I was looking for Hope’s birth certificate in preparation for registering her wedding, that I found you, Dear Diary. And it was then that I decided to quietly start writing in you over the forthcoming wedding week as evidence of how perfectly I’ve behaved should anything untoward come to pass and anyone/everyone try to blame me.”

Unfortunately, this book didn’t live up to its potential. Yes, it’s a unique, funky story. No doubt about it. But I felt that the characterisation and the growth that’s required in a novel — even a comedic one — just wasn’t present in this. I think Gretel was going for a mad cap adventure, but the main character is in her 50s and the readership are adults and I’m just not sure that it works. No spoilers, but the entire storyline/premise about Aspen was too over-the-top to be enjoyable.

“I didn’t know what to say. Mum has always been great at winning arguments with me but appalling at confronting what we’re actually arguing about. I can’t blame her, I’m guilty of this too. I obfuscate and pussyfoot and hedge around the subject, for fear in fact of exactly what happened just now, an argument that leaves Mum feeling victorious and me feeling violated.”

Admittedly, I just didn’t find this book as humorous as the blurb suggested. There were a few chuckles, but mainly, I found the voice to be quite impenetrable. Nora is supposed to be in her 50s but she reads like an adolescent — stream of consciousness, scatty, unfocused, and just a little too silly to be believable as a character.

Additionally, the plot gets more absurd as the book goes on. There are commendable moments of depth, and character development, but the absurdity of the storyline seemingly dilutes these profound, notable aspects in the book. And the pacing is so quick, there isn’t really enough time to get to the know the characters, and so you don’t really find yourself warming to them.

“It’s been said that a mother is only as happy as her unhappiest child. I know this to be true. When a woman becomes a mother she loses all emotional independence. And this can never be changed. The umbilical cord is never cut. The scissors just make it invisible.”

A very light read. Recommended as a beach read, or an airport purchase.