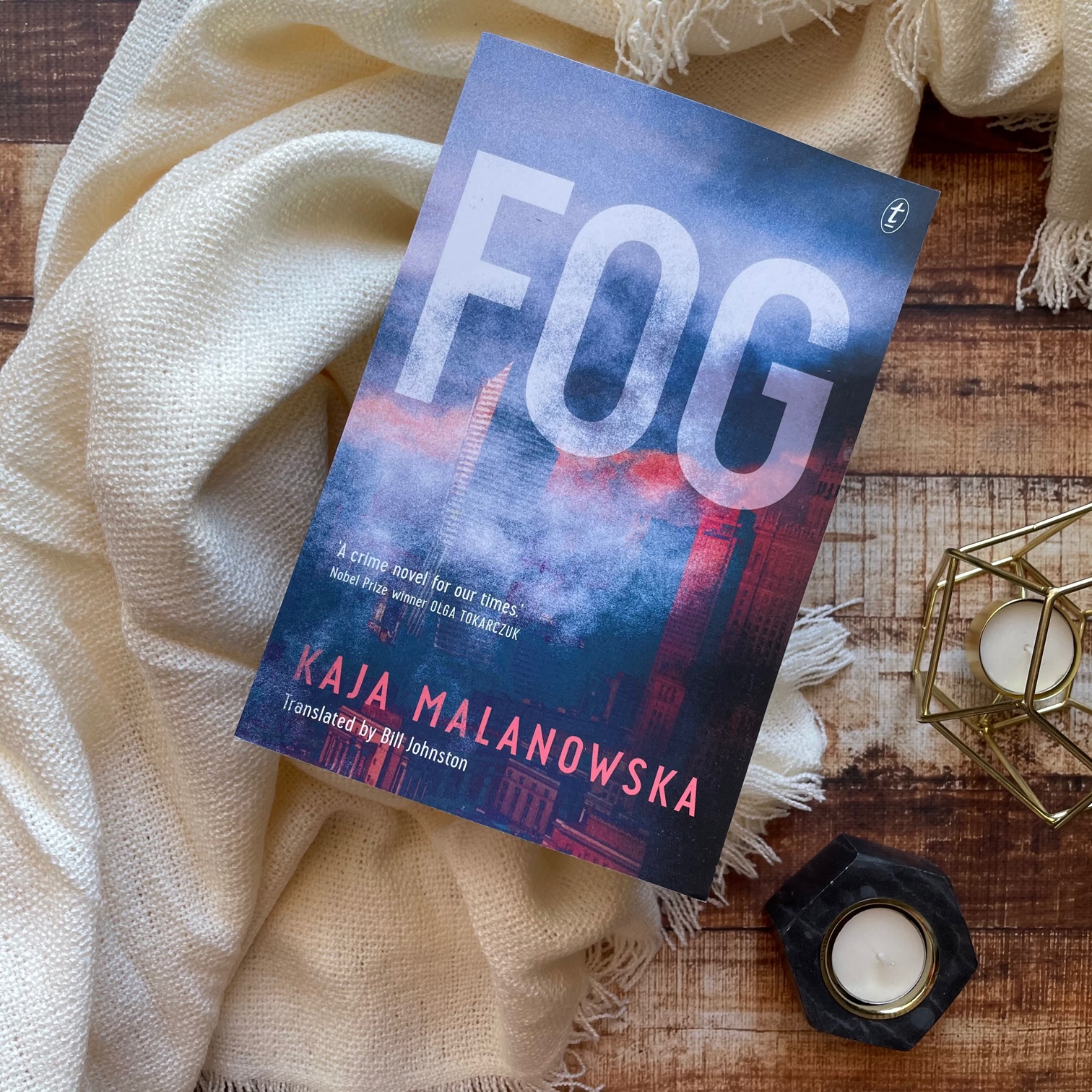 She thought she was done with the trances. She risked too much. Not just her own life, but also the lives of others.

When a young woman is found murdered in her Warsaw apartment, the investigating detectives—Marcin Sawicki and his new colleague, the talented but enigmatic Ada Rochniewicz—are under pressure to close the case quickly. But Ada’s powers of intuition have already got her into trouble once before. And the sexist police force is not on her side.

As the investigation proceeds, we meet the victim’s jilted lover, a mentally unstable working-class youth; her cleaner, a Chechen refugee in desperate circumstances; the man who broke her heart and joined a cult. And let’s not forget Ada’s eccentric sister, Kasia, nor her grumpy cat Albert-Amelia.

Getting to the truth becomes a darker and more complex matter than Marcin and Ada can imagine, as they confront a corrupt political and religious establishment. Translated by Bill Johnston.

Translated into English, Fog by Polish writer Kaja Malanowska is an enticing crime novel that investigates the murder of a young woman in her Warsaw apartment.

Written in omniscient third person, Fog has two protagonists — the secretive, blunt but intelligent Ada, and the brash, impulsive and overtly sexist Marcin Sawicki. They each bring different personalities, opinions and tactics to their detective work.

Whilst Marcin’s methods could be deemed questionable at times, even Ada makes mistakes in her career. As a team, they’re able to work together to solve the crime, uncovering all the layers to the murder that were not immediately obvious.

“Normally he was annoyed when fellow officers were talkative — it tired him to have to take part in a conversation, react to jokes. He knew he had a reputation as a curmudgeon and a loner. Today, though, with Ada, he felt bothered by the quiet.”

It’s hard to know whether this is compliment to Kaja or Bill, but the prose is exceptional. Particularly description around dialogue — describing Ada and Marcin’s interactions, facial expressions, movements in a way that conveys their characterisation really vividly.

There’s a lot of elements to this novel, between the characters and their secrets, the murder itself and how that evolves into something larger than anyone expected, but also the office politics in Warsaw and the secrets that Marcin and Ada’s colleagues are hiding. Whilst other reviews point out this might’ve been too many elements for one novel, I liked it. Fog is complex and layered, intriguing the reader and keeping them engaged throughout.

“She knew Sawicki felt uncomfortable in the presence of women, but that he would step out of their way rather than try to dominate. Why did this nice young woman with her broad, bright face and round eyes rub him up the wrong way? One moment more and they wouldn’t have got another word out of her.”

Fog is unnecessarily long — 400 pages, small font, small margins. The story did lull a bit through the middle, the intensity wavered, and I think a procedural crime story such as this could have progressed more succinctly. Ada’s ‘visions’ that are mentioned in the blurb don’t actually seem to have a large presence in the novel, and I think they’ve could’ve been cut from the entire story.

Additionally, some of the characters weren’t overly likeable. Even Marcin is a sexist, homophobic, judgemental character, and some of his outbursts didn’t seem overly authentic. The dynamic between him and Ada felt too much like Kaja was trying to establish ‘good cop bad cop’.

“He trailed after her, struggling to keep up; he was moving as if he were in a bubble. He stared at Ada’s back, resenting the fact that not once had she allowed her emotions to get the better of her. At the same time he was immensely grateful to her. His memory of the last hours blurred into a multicoloured haze, like a film projected too quickly.”

Compulsive and addictive, Fog is a procedural thriller that crime readers will devour.