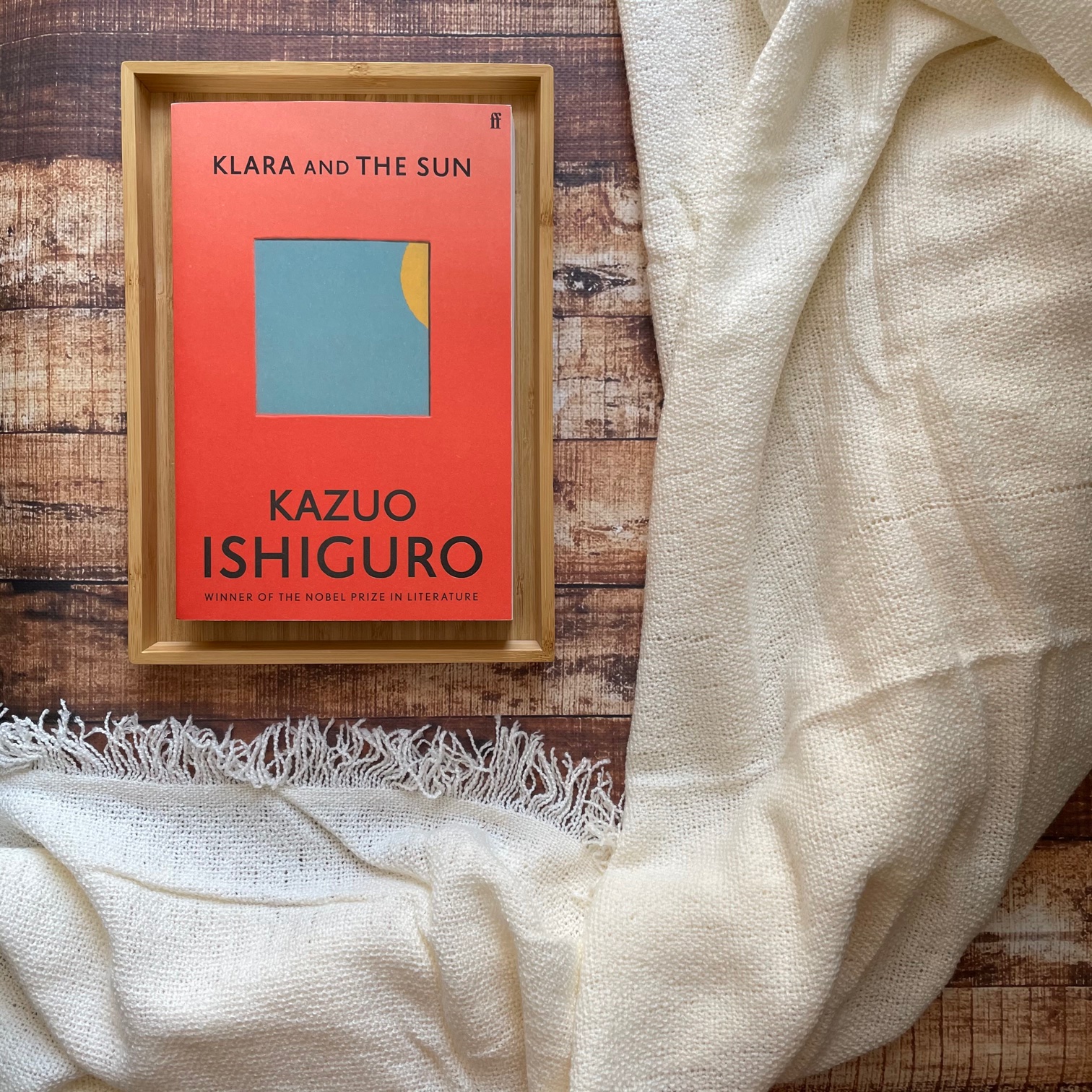 From the bestselling and Booker Prize winning author of Never Let Me Go and The Remains of the Day, a stunning new novel – his first since winning the Nobel Prize in Literature – that asks, what does it mean to love?

This is the story of Klara, an Artificial Friend with outstanding observational qualities, who, from her place in the store, watches carefully the behaviour of those who come in to browse, and of those who pass in the street outside. She remains hopeful a customer will soon choose her, but when the possibility emerges that her circumstances may change for ever, Klara is warned not to invest too much in the promises of humans.

A thrilling feat of world-building, a novel of exquisite tenderness and impeccable restraint, Klara and the Sun is a magnificent achievement, and an international literary event.

Kazuo Ishiguro’s eighth novel Klara and the Sun imagines a polluted world where wealthy parents can buy their children Artificial Friends, state-of-the-art androids that educate and accompany their child as they mature. Klara, our protagonist, may not be the most recent model, but she’s observant, intelligent, watchful and remarkable in her own right. Klara is purchased by the young but ailed Josie, whose parents fear may die from her illness like her sister did years earlier.

Despite being set in the future, I didn’t read this as dystopian or science fiction. Admittedly the setting and world-building is deliberately kept quite vague but also, I read this as a story of humanity and connection, set in an alternate world where circumstances are harder to overcome — society has been tainted by pollution and technology has proved superior.

“Still, there were other things we saw from the window — other kinds of emotions I didn’t at first understand — of which I did eventually find some versions in myself, even if they were perhaps like the shadows made across the floor by the ceiling lamps after the grid went down.”

Whilst the plot may appear a little quiet and simplistic, Kazuo’s writing is filled with human observation — insightful description of how humans act, think, move and behave. Themes of loneliness run underneath the novel, subtle but present. Stylistically, Kazuo’s writing is stripped and bare, but poetic and layered.

Kazuo also explores notions of class and importance in the novel. There are numerous references to children being ‘lifted’, and therefore of higher class in society. Being lifted is to be genetically edited, boosting intelligence and academic performance. It’s considered normal, and preferred. Josie’s mother lifted both her daughters, and then both children suffered from side effects. Josie’s older sister died, and it looks like Josie is going to die as well.

Josie’s neighbour Rick is not one of the lifted, and his status is remarked upon quite frequently in the novel. It brings his mother great anxiety and stress, and there’s a scene where a group of women are expressing their disagreement with his situation. Why didn’t his mother ‘lift’ him?

“I found strange for a while not only the lack of traffic and passers-by, but also the absence of other AFs. Of course, I hadn’t expected other AFs to be in the house, and I was in may ways pleased to be the only one, since I could focus my attention solely on Josie. But I realised how much I’d grown used to making observations and estimates in relation to those of other AFs around me, and here too was another adjustment I had to make.”

Some reviewers have criticised the narrative voice in the story, but whilst Klara is at times a bit robotic, her point of view offers a rather unique perspective on Josie’s life and family dynamic. Truthfully, I found this book engrossing and enriching.

“As I say, these were helpful lessons for me. Not only had I learned that ‘changes’ were part of Josie, and that I should be ready to accommodate them, I’d begun to understand also that this wasn’t a trait peculiar just to Josie; that people often felt the need to prepare a side of themselves to display to passers-by — as they might in a store window — and that such a display needn’t be taken so seriously once the moment had passed.”

A haunting but warming tale that I’d highly recommend, particularly for fans of literary fiction. I’ve struggled with a few of Kazuo’s previous works but Klara and the Sun is very accessible. I imagine seasoned teenage readers might also enjoy this.