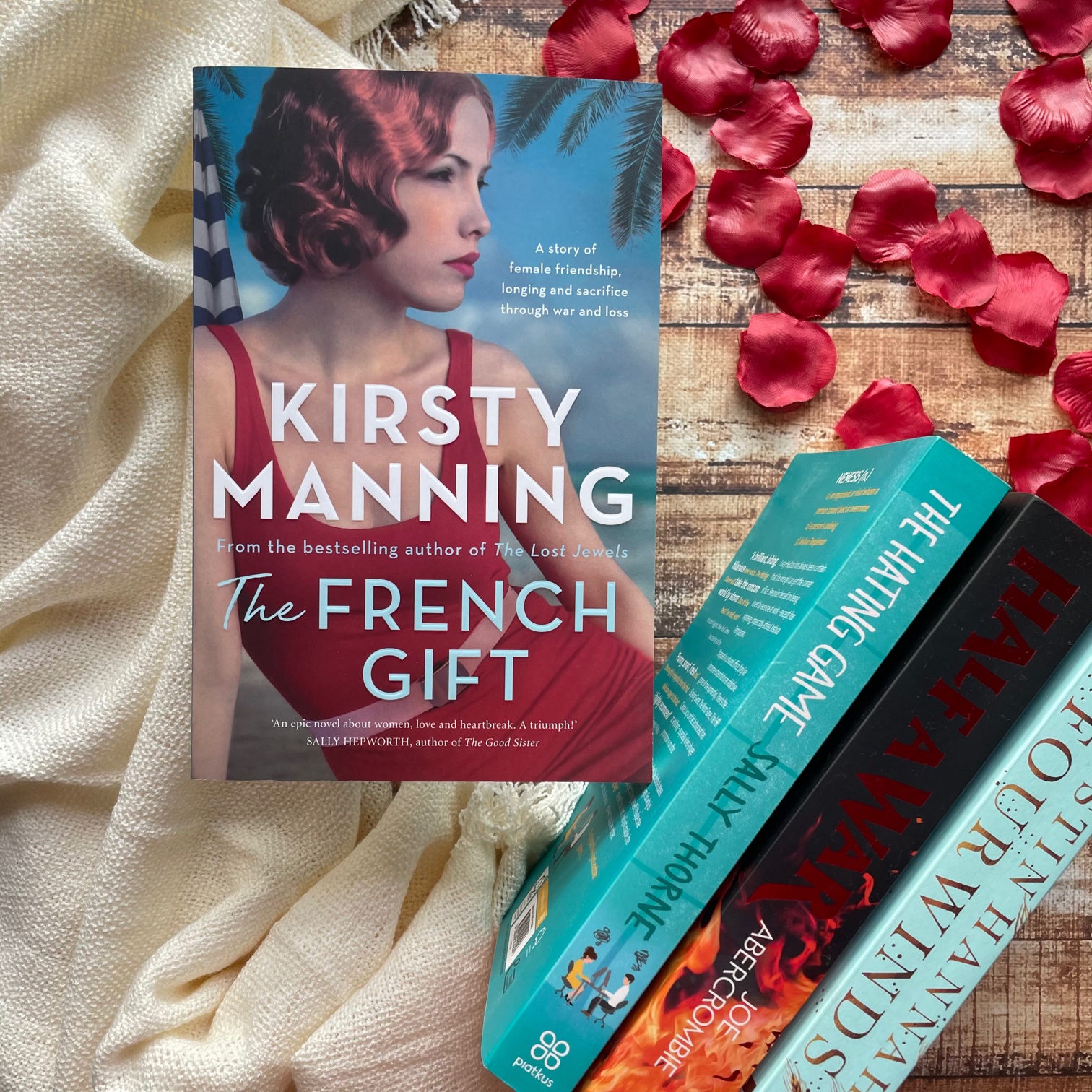 A forgotten manuscript threatens to unravel the past …

Fresnes Prison, 1940: Margot Bisset, a former maid from the Riviera, finds herself in a prison cell with writer and French Resistance fighter, Josephine Murant. Together, they are transferred to a work camp in Germany, where the secrets they share will bind them for generations to come.

Present-day Paris: Evie Black lives above her botanical bookshop with her teenage son, Hugo. Nursing a broken heart, Evie receives an unexpected letter; she clutches at an opportunity to spend a magical summer with Hugo on the Cote d’Azur.

It’s here, on the Riviera, that the past envelops them and Evie attempts to unravel the official story of a famous novelist. If she succeeds, a murder from a lifetime ago may be solved.

Inspired by a true story of iconic French Resistance fighter, Agnes Humbert, whose secret journal shed light on a little-known aspect of World War II, The French Gift will captivate readers from beginning to unforgettable end.

Kirsty Manning’s The French Gift is a captivating, female-driven World War II story that switches between 1940s Europe and present-day Paris. The quest to discover a hidden manuscript by a world famous crime writer unravels a decades-long secret between the unlikeliest of friends.

Written in third person, The French Gift switches POV between three women. In present-day Paris, we meet Evie. Still grieving the sudden death of her husband, she is working to showcase an exhibition about her husband’s reclusive and recently deceased relative Josephine Murant. Over the course of the novel, we spend time in Josephine’s POV as she spends time in a French prison during the second World War. There, she meets fellow prisoner and cellmate Margot Bisset, a maid wrongfully imprisoned for murder.

“Laughter and the clink of crystal flowed through the open doors, and gauze curtains billowed in the breeze. Usually she would tie them back, but Madame had instructed her to stay in position. It wasn’t her place to disobey.”

Inspired by true events and meticulously researched, The French Gift has a cracking premise and opening chapter — Margot believes she’s participating in a murder ‘game’ at an elite 1940s party. But when the ‘victim’ actually does get shot, Margot is presumed guilty and immediately arrested.

The French Gift is about the perseverance and resilience of women, and their courage, strength and determination when faced with immense difficulties. Josephine and Margot form a strong friendship over the years that they’re imprisoned, and despite the horrible conditions of their imprisonment, their kinship is a very heartwarming aspect of the novel.

“Until today, Evie had seen this exhibition as a necessary task — like tax, probate, Foundation guidelines and pelvic floor exercises. She needed to seize this opportunity to honour Josephine, and Raph would have wanted her to — of that she was certain.”

Set against the backdrop of World War II, Josephine and Margot’s storyline is immediately captivating. Evie’s storyline is admittedly not as interesting, and I was pleased that the budding relationship in her life took a mostly backseat role in her storyline.

Truthfully, I think Evie was a bit lost in this story. Her storyline didn’t seem as engaging. Even the predictable twist at the end, which is signposted a bit too heavily throughout the novel (the facial scars and the head scarves, as well as the immense reclusively of Josephine kind of gave it away) wasn’t enough to increase my interest in her character.

“She didn’t know if she’d ever be able to right this wrong. The counselling was definitely helping, but he needed time to find his own path through the heavy fog that sometimes seeped in and threatened to smother his days.”

Tender and heartfelt, The French Gift is recommended for fans of historical fiction. Readership skews female, 30+