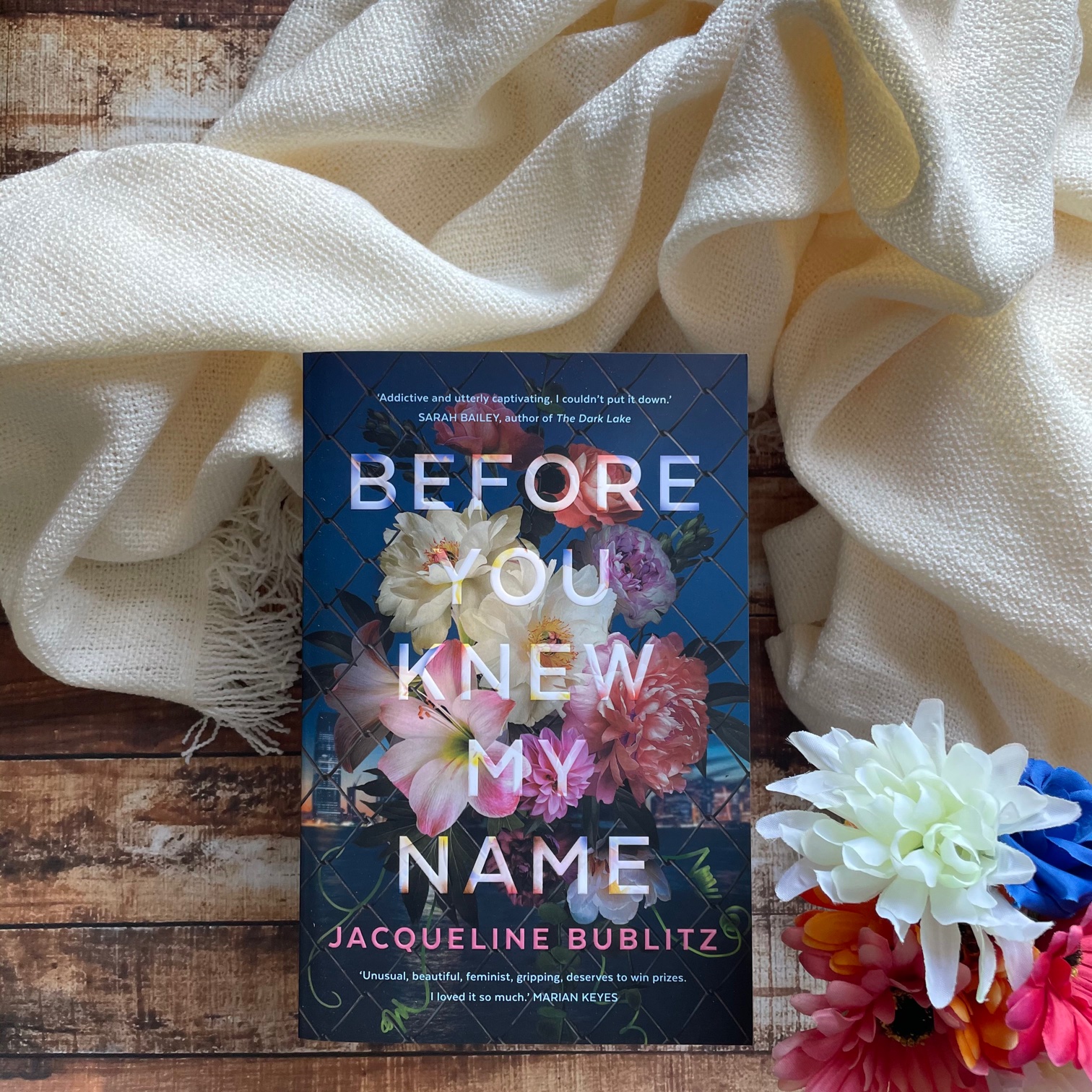 This is not just another novel about a dead girl.

When she arrived in New York on her 18th birthday carrying nothing but $600 cash and a stolen camera, Alice Lee was looking for a fresh start. Now, just one month later, she is the city’s latest Jane Doe, an unidentified murder victim.

Ruby Jones is also trying to start over; she travelled halfway around the world only to find herself lonelier than ever. Until she finds Alice’s body by the Hudson River.

From this first, devastating encounter, the two women form an unbreakable bond. Alice is sure that Ruby is the key to solving the mystery of her life – and death. And Ruby – struggling to forget what she saw that morning – finds herself unable to let Alice go. Not until she is given the ending she deserves.

Before You Knew My Name doesn’t ask whodunnit. Instead, this powerful, hopeful novel asks: Who was she? And what did she leave behind? The answers might surprise you.

Jacqueline Bublitz’s debut novel Before You Knew My Name is compelling and powerful literary fiction about murder and grief, but also about what happens to those left behind after someone is killed.

Two woman arrive in New York City on the same day, and although they don’t know each other, their lives soon intersect under tragic circumstances. Thirty-six year old Ruby, running away from love, discovers the body of 18-year old Alice Lee. Raped and murdered in the early hours of the morning, Alice is about to be the latest statistic of women murdered in NYC.

The book switches focus between Alice and Ruby, as we work to find out what happened to Alice in her final days, and how Ruby will cope in the wake of the murder.

“In the beginning, I disappeared on purpose. Extricated myself from a life I didn’t want, just like Ruby did. But unlike Ruby, I didn’t tell anyone where I went. Not even my best friend. I let Tammy think I had stayed right where she left me; I wanted to skip out of my old life unseen. And if certain people stayed on my skin, if they came along in my suitcase uninvited, at least they wouldn’t be able to cause any fresh wounds.”

Whilst Before You Knew Me Name features elements of crime and thriller in the story — peppered but present — I wouldn’t describe this as crime fiction. It’s a character-driven story that dances around the murder, building tension with each passing chapter as we come closer to understanding Alice’s final hours, and how that will intersect with Ruby’s story.

Jacqueline’s writing is a key strength here. It’s reflective and observant — mature. Alice presents this all-knowing voice, which invites the reader in and expertly guides them until the final page. The novel explores so much more than just love and loss. It’s about connection and family, and about someone else choosing where your life is going in a split second. It’s about how to take stock of her life, even when you’re going through the worst time, and choose for yourself how you want to continue.

“I am tired of beautiful things making me sad. I should like to love something without turning it over and discovering exposed wires, cheap parts on the other side. For the first time, I wish he wasn’t so insistent on telling me the truth of things.”

Initially, it does take a couple of chapters to grow comfortable with the style of narration. The novel is written posthumously from Alice’s perspective, but in the midst of telling her own story, she does intermittently focus in on Ruby’s story. Switching between past and present, Alice seems to be all-knowing, offering reflections on Ruby’s life with an intimate perspective.

So whilst the writing is incredibly affecting and delicate, and the story is told in the best possible format, the stylistic elements of the writing — in particular the POV — do take a bit of time to get used to.

“Later, when I look back at all the beginnings that turned me, inch by inch, toward the river, I will see this was the gentlest of them. Shaking the soft, warm hand of an old man, and then a tour of his apartment, with a large, brown dog leading the way.”

Exceptional literary writing that will sit with you for days after completion, Before You Knew My Name is powerful and devastating. As hard as it is to ‘enjoy’ something of this subject matter, it is a phenomenal read. A comparison title would be Alice Sebold’s The Lovely Bones.