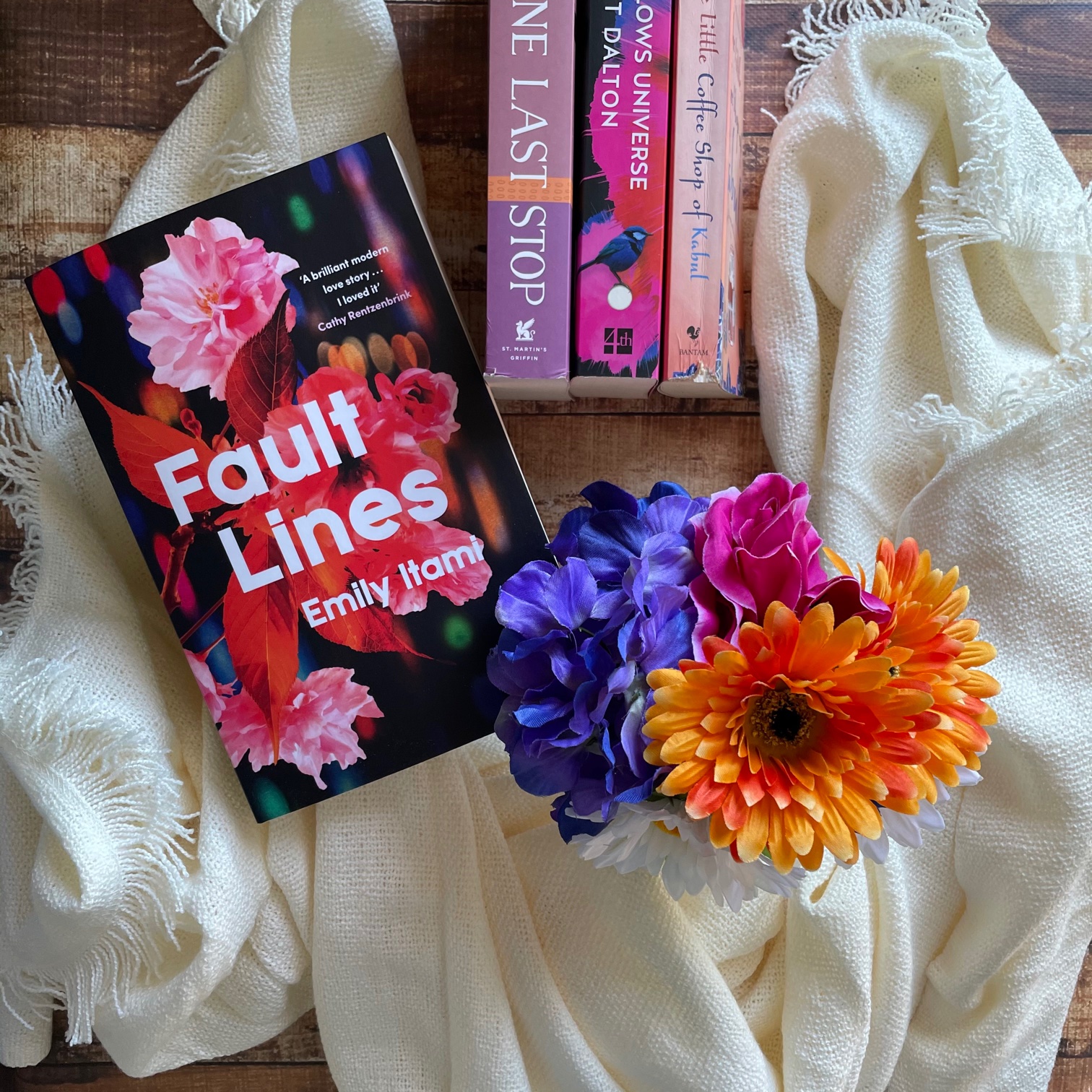 Mizuki is a Japanese housewife. She has a hardworking husband, two adorable children and a beautiful Tokyo apartment. It’s everything a woman could want, yet sometimes she wonders whether it would be more fun to throw herself off the high-rise balcony than spend another evening not talking to her husband or hanging up laundry.

Then, one rainy night, she meets Kiyoshi, a successful restaurateur. In him, she rediscovers freedom, friendship, a voice, and the neon, electric pulse of the city she has always loved. But the further she falls into their relationship, the clearer it becomes that she is living two lives – and in the end, we can choose only one.

Emily Itami’s Fault Lines is a bittersweet love story set in Japan and capturing the brief but intimate window of narrator Mizuki’s passionate love for the attentive and compulsive Kiyoshi. Themes include love, marriage, motherhood, and expectation.

Mizuki is a Japanese housewife who never envisioned herself being a housewife. She can’t remember the last time her husband helped with the domestic duties, and Mizuki is tired of her monotonous life. She loves her children, but she doesn’t love her marriage.

When she meets Kiyoshi by chance one day, and when their paths cross again at a later stage, Mizuki follows her heart and the two start seeing in each other in secret.

“Is it normal to fluctuate so quickly between feeling tender towards your husband and fervently wishing him a violent death?”

At just over 200 pages, Fault Lines feels reminiscent of a short story, because whilst moments may feel fleeting and minuscule to the reader, they have lasting impact on the protagonist beyond what we can see on the pages.

At first I felt that the evolution of the Mizuki’s marriage was insubstantial and a little lacklustre, but upon reflection I think the dynamic between her and her husband shifts just enough to propel Mizuki’s life in a different — hopefully better — direction, but not change things so drastically that the storyline becomes unrealistic. Mizuki is unhappy in her marriage, and she wishes things were different — and that will likely never change.

Storyline aside, Emily’s writing is distinct. Strengths lie in the dry humour and the clean, stripped writing and dialogue. We learn so much about Mizuki’s husband with such little interaction and dialogue, which is a real skill and to be commended. Mizuki’s internal reflection and inner monologue provides context and background, but also allows her personality to really shine.

“I love beautiful things, beautiful people, the magnetism of someone you can’t take your eyes off. It used to be fun morphing into that person, tending to all the details that make the fantasy, but now I can’t even imagine it…nothing about me is inviting or mysterious or alluring. And where would I be luring anyone to?”

I did think the children’s antics took up quite a bit of real estate in the story, and I found myself skimming any interactions with them. Perhaps that was a stylistic device to make the reader feel as bored with the role of looking after them as Mizuki often does.

And as fleshed out as Mizuki and her husband are, Kiyoshi did seem a bit thinly portrayed, and the build-up of their relationship felt slow and anti-climactic. It felt like he was merely there to force Mizuki to confront her own life, rather than grasp the potential new one (even in secret) with more enthusiasm. I would’ve liked to feel more entranced by him as a character, to root for him in Mizuki’s life.

“But when I tell Kiyoshi my opinion he just thinks about it and gives me his, and it doesn’t count as flirting at all. And it seems that all I want is to talk to Kiyoshi; talk and talk and talk, before suddenly seeing the time and being jolted back to my real life.”

Compelling, engaging and emotional alongside elements of modern tragedy, Fault Lines is recommended for literary readers and those who love short fiction. Readership skews female, 25+