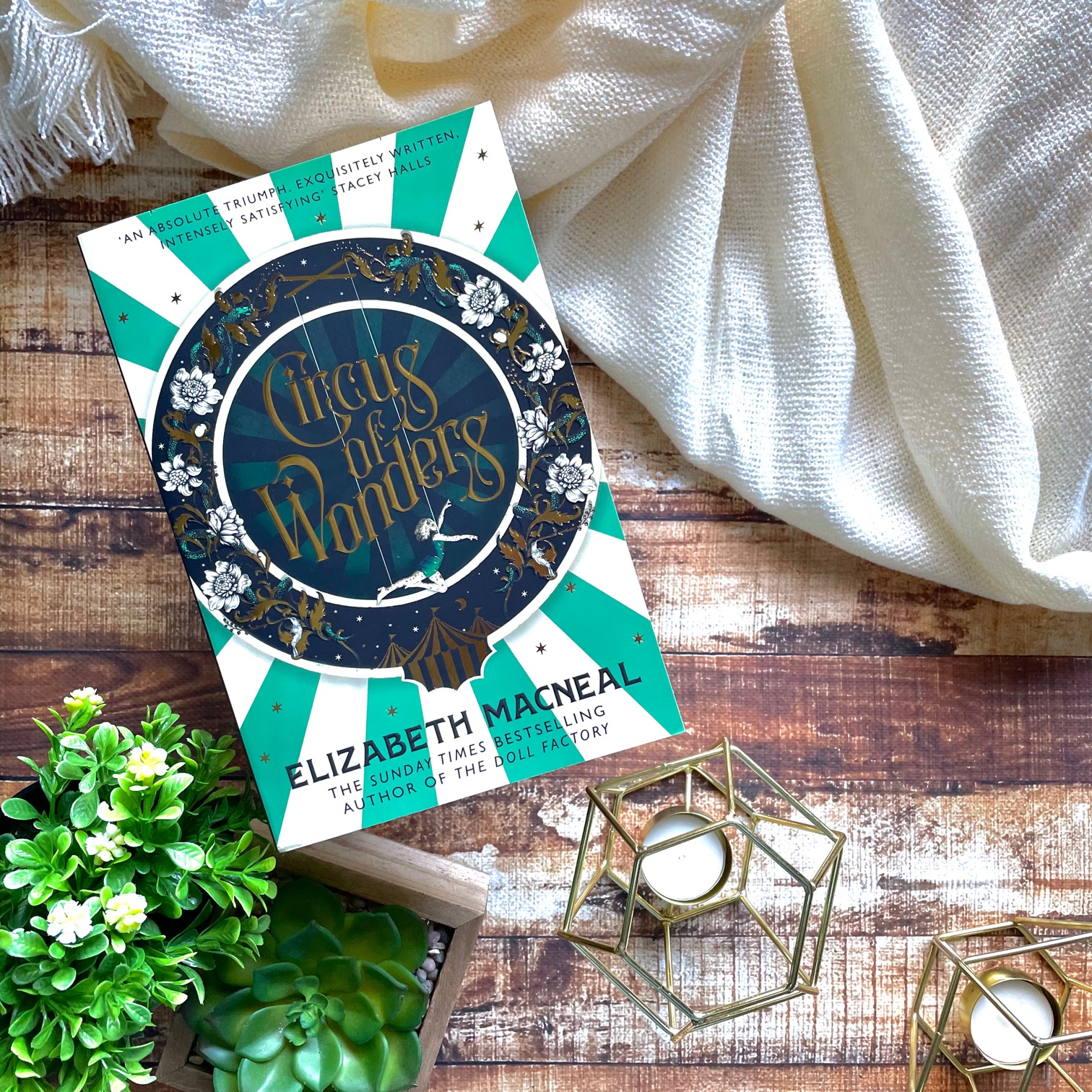 It is 1865 and in a coastal village in southern England, Nell picks violets for a living. Set apart from her community because of the birthmarks that pepper her skin, Nell keeps her head down and her sights small: her world is her beloved brother and devotion to the sea.

Then, Jasper Jupiter’s Circus of Wonders arrives on the outskirts of the village. Nell keeps her distance, but the night after the circus has apparently left, she is kidnapped. Her father has sold her, promising Jasper Jupiter his very own leopard girl. It is the greatest betrayal of Nell’s life, but as she comes to know the other performers and Jasper’s quieter, gentler brother Toby, Nell begins to wonder if becoming part of the Circus of Wonders is the best thing that has ever happened to her.

Toby has always stuck to his brother’s side: the shadow to his brother’s luminous light. When Jasper served in the Crimean War, Toby followed with his camera, and they share a secret – hidden amongst the carnage of those battlefields – which binds them together.

But Toby is captivated by Nell. She has become Nellie Moon, the star of Jasper’s show. In London she is written up in the papers as the eighth wonder of the world, figurines are cast in her image, and crowds rush to watch her soar through the air.

But who gets to tell Nell’s story? And as she falls in love with Toby, can they plot their escape? As the world Jasper has created threatens to crash to the ground around him, Toby must decide where – finally – his loyalty lies.

Set in 1866 and exploring the Victorian obsession with the unnatural, Elizabeth Macneal’s Circus of Wonders is a mesmerising tale of wonder and beauty, and wielding power in search of success.

Speckled head to toe in birthmarks, flower picker Nellie isn’t considered special by anyone except her brother Charlie. She’s avoided, and cast aside. And when her drunken father sells her to a travelling troupe — Jasper Jupiter’s Circus of Wonders — she finds herself thrust into the spotlight, famous and desired. People come from all over to see her.

“The threshing machine, she thinks, as she’s lifted higher, as hands grip her waist, her legs, her hips, as she writhes and kicks and scratches. Her fury is a relief, that she can give into it at last and become exactly what they expect of her.”

Circus of Wonders explores the exertion of power, and what it means to use others for entertainment — for amusement. There’s no doubt that Jasper Jupiter is acting primarily in his own best interests. He cares about success and money, and he’ll use anyone he can to get it. Even his own brother, the downtrodden and despondent Toby.

In a novel with so many colourful characters, each one is crafted with depth and dimension. We keep pace with all of them, growing alongside them throughout the novel. Jasper and Toby, alike in backstory, are very different in personality and desire. You can see their paths diverge, as Jasper chases fame and desire to dangerous lengths, and Toby craves a safe home — to be loved and included.

Elizabeth captures the setting incredibly well, expertly bringing to life the squalor and poverty of the Victorian era, as well as the incessant desire to be something far greater than what you are. People may expect little of you, but that doesn’t mean you can’t rise above expectations and prove them all wrong.

“It occurred to Toby, too, that Dash couldn’t remember his name because Jasper never spoke of him; even the lowest underling at Toby’s old office knew all about Jasper. He lowered his head and cleared the area for his first photograph. The sky was so blue it hurt to see it.”

The story leaps from the page with exquisite characters and description. The progressive deterioration of Jasper’s hold on the circus is both frightening and engrossing to read.

Circus of Wonders gives a voice to a group of people from history who spent their lives being ridiculed — laughed at, stared at, and in some cases, maimed and prodded. Many readers will be familiar with P.T Barnum, and Circus of Wonders is set during a similar time frame. Whilst some of the description can be a bit long and in excess, those fascinated by magical, wondrous tales will find themselves absorbed in these pages.

“But in the bright dawn light, she finds herself frightened, unsure. She stares at the speckles across her legs and arms, then pulls on her trousers. In these new, fresh clothes she finds her marks itch less, her body less hot than before.”

A tale of resilience and determination, and forging your own family, Circus of Wonders is for fans of The Greatest Showman, The Night Circus and A Girl Made Of Air by Nydia Hetherington.