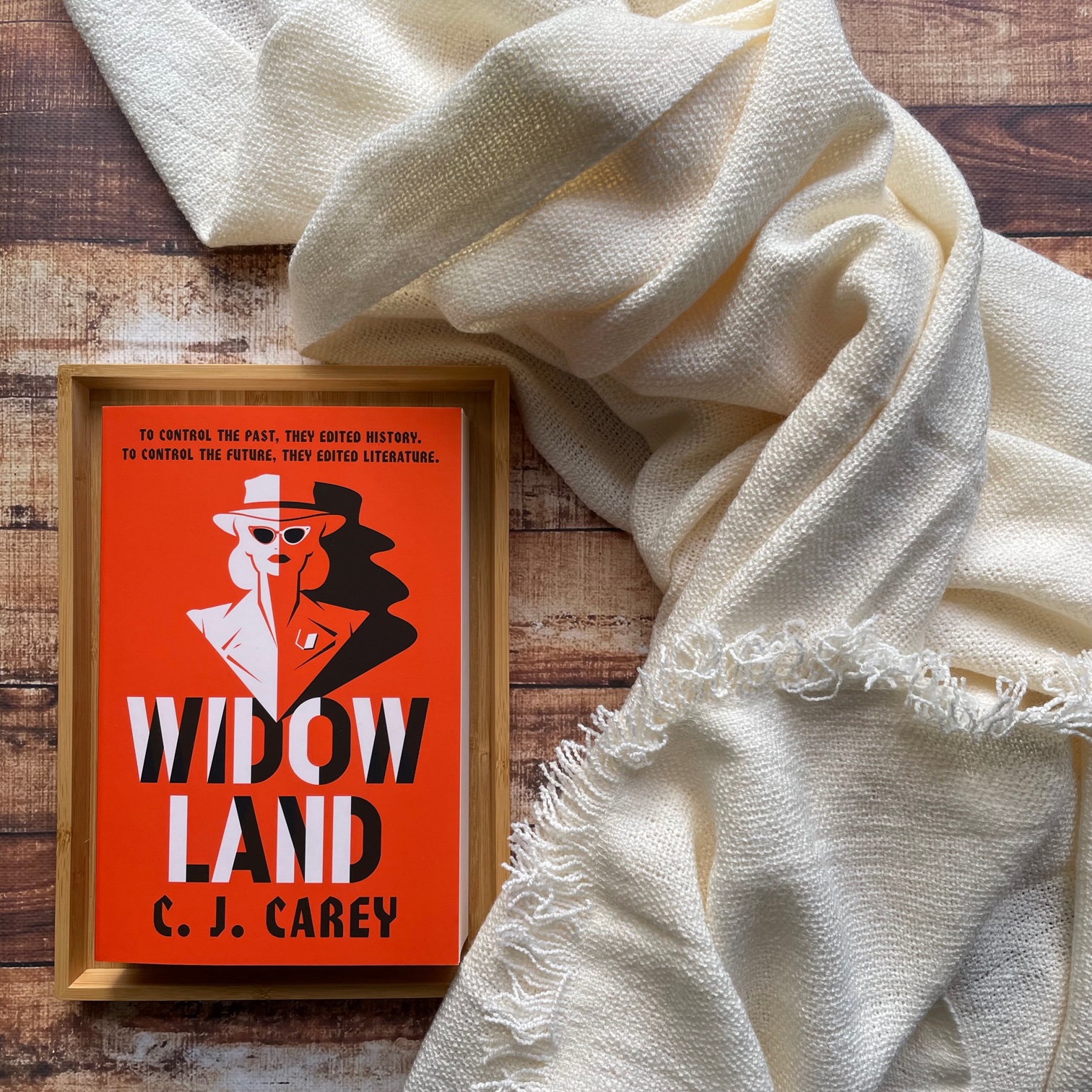 London, 1953, Coronation year – but not the Coronation of Elizabeth II.

Thirteen years have passed since a Grand Alliance between Great Britain and Germany was formalized. George VI and his family have been murdered and Edward VIII rules as King. Yet, in practice, all power is vested in Alfred Rosenberg, Britain’s Protector. The role and status of women is Rosenberg’s particular interest.

Rose Ransom belongs to the elite caste of women and works at the Ministry of Culture, rewriting literature to correct the views of the past. But now she has been given a special task.

Outbreaks of insurgency have been seen across the country; graffiti daubed on public buildings. Disturbingly, the graffiti is made up of lines from forbidden works, subversive words from the voices of women. Suspicion has fallen on Widowland, the run-down slums where childless women over fifty have been banished. These women are known to be mutinous, for they have nothing to lose.

Before the Leader arrives for the Coronation ceremony of King Edward and Queen Wallis, Rose must infiltrate Widowland to find the source of this rebellion and ensure that it is quashed.

Set in England in the 1950s, C.J Carey’s Widowland is a dystopian tale of political power that has altered history and presented an alternate timeline in which women are separated into a caste system, characterised by their age and breeding ability.

C.J Carey imagines a world where Germany and Great Britain did not go to war in 1939. Rather, they formed an alliance and now Germany rules Europe. England is under Germany’s thumb, and life for the British is far from enjoyable. Life for women is even worse — they’re subservient to men, and freedom and creativity appear stamped out. Our protagonist, Rose, works for the Ministry of Culture and is tasked with editing literature to remove any elements of corruption.

“A shiver ran through Rose. It was the kind of electric thrill that she could not explain, as though something deep within her had momentarily stirred. As though the words had reached inside and kindled there, as hot and as urgent as flames.”

The atmosphere is one of the strengths of the novel — there’s a rising sense of unease within each page, and sometimes more is left unsaid during pivotal moments of plot. The world-building is another strength, taking us deep inside an alternate reality that also feels strangely familiar. I don’t feel like I’ve read a novel quite like this before.

Whilst the novel is written in third person POV, we do spend a lot of time in Rose’s mind — C.J offers a very intimate examination of how Rose thinks and feels.

Rose’s character development is two-fold. Firstly, she’s in the midst of an affair with a married man, and over the course of the novel she’ll come to realise what it really is to love another person and sacrifice elements of your life for them. And secondly, Rose’s life is quite sheltered when we meet her — she’s privileged and quite naive about women who are not as elevated in society as her. Once she starts travelling into Widowland and meeting the disadvantaged women who reside there, and hearing their stories, we can actually feel her world start to open up.

“For the past month Rose had been correcting a version of stories by the Grimm Brothers to be distributed in schools and kindergartens, as well as bride schools and mother training centres. Fairy tales were an important part of childhood conditioning.”

Admittedly, the pacing is quite slow and Rose’s characterisation is a bit dull at times. She fades a little into the story, and I’m not sure she’s the compelling protagonist she could’ve been. I think you have to be a seasoned reader to persevere with this title, because at times it feels a little arduous.

And additionally, there’s a secondary romance that builds in the second half of the story and it felt thinly developed and rushed. I’m not sure enough time was given to this pair to really build a believable romance.

“Since the restriction of religion, there was only one place to which the populace reliably turned for consolation, contemplation, relaxation and human companionship. The cinema.”