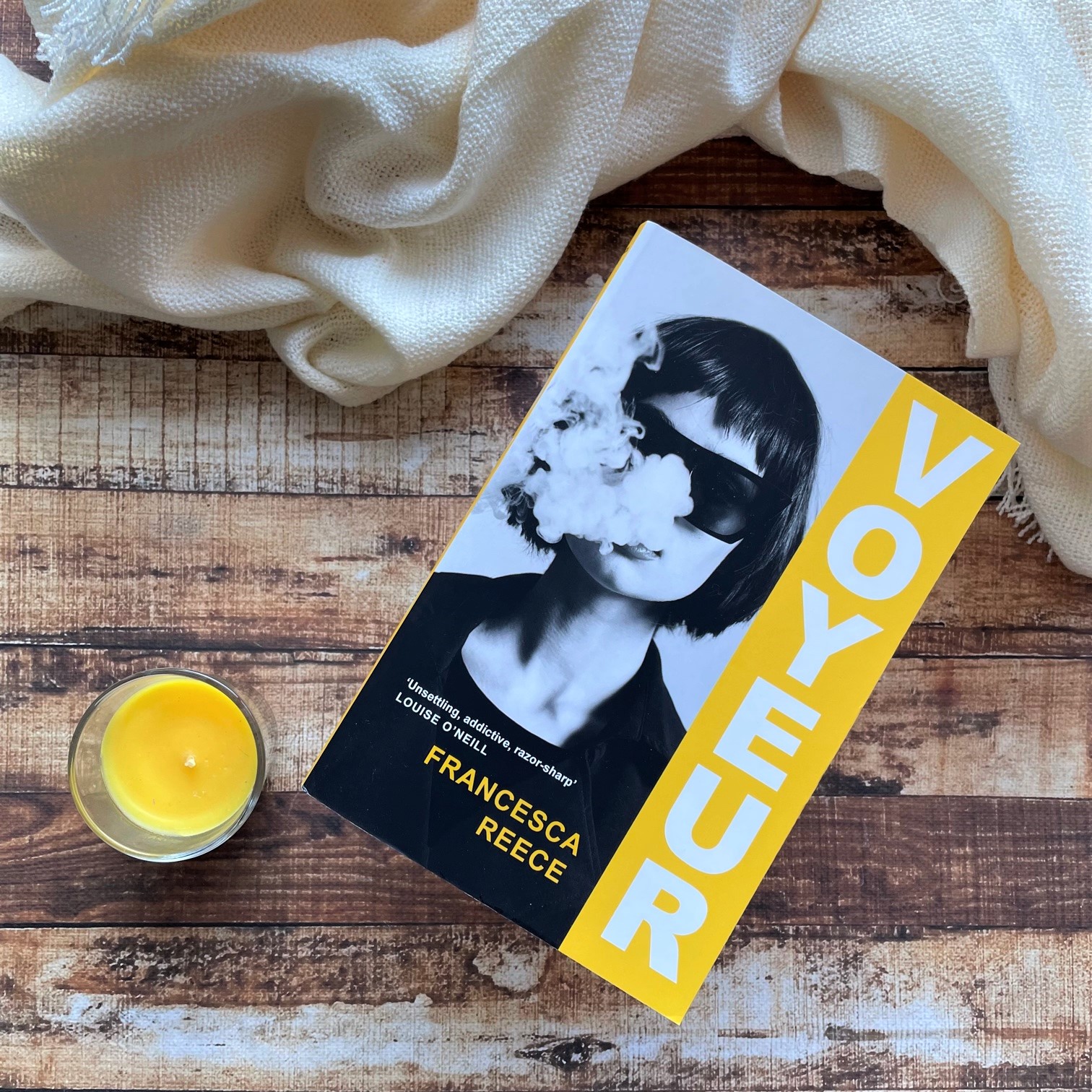 Leah, a young woman who has found herself ‘ambitioned’ out of London, is now aimlessly adrift in Paris. Tired of odd jobs in cafes and teaching English to unresponsive social media influencers, her heart skips a beat when she spots an advert for a writer seeking an assistant.

Michael was once the bright young star of the London literary scene, now a washed-up author with writer’s block. He doesn’t place much hope in the advert, but after meeting Leah is filled with an inspiration he hasn’t felt in years.

When Michael offers Leah the opportunity to join him and his family in their rambling but glorious property in the south of France for the summer, she finally feels her luck is turning. But as she begins to transcribe the diaries from his debauched life in 1960s Soho, something begins to nag at Leah’s sense of fulfilment; that there might be more to Michael than meets the eye.

Francesca Reece’s debut novel Voyeur is a dual-POV literary novel set between the UK and Europe, and following an aimless young woman’s coming-of-age journey after she is employed as an author’s assistant. When Michael meets Leah through a chance encounter, he’s struck by how familiar she looks – Leah resembles a woman he once loved years earlier, and perhaps still does. But what happened to the young Astrid? And what was Michael’s involvement in their separation?

First of all, what a cracking cover. Whoever designed this cover did a stellar job – I’d pluck this from a bookstore shelf in a heartbeat. It’s bright and bold, and quirky. This cover serves well to attract a young, female audience.

“Astrid had worked in a café on Frith Street. It was a greasy spoon owned by a fat, old Italian man called Giorgio and I’d got into the habit of going there because I thought I was in love with a girl, Kathy, who lived across the street.”

Voyeur is definitely a plot-driven story, with quite a large cast of characters moving in and out of the timelines. I’d describe this novel as quite colourful, because it moves between moments of quiet interaction to more intense moments between multiple characters – loud, chaotic and abrupt. A lot of our experiences with Leah and Michael happen during quiet moments of introspection and reflection, but elements of their personalities are also revealed when they’re surrounded by other people. Moments of outburst force the two characters to confront their insecurities.

Moving between past and present, we get an intimate insight into both Leah and Michael’s lives, before and after they meet each other. Narrative strands are interwoven seamlessly, but I did find Michael’s arc to be a lot more interesting to read than Leah, who felt just a little too aimless to be interesting. A lot of people in this world will be able to relate to Leah, but does that mean we want to read about her?

“I thought a lot at that time about how I would have done university differently. Although I’d been largely unaware of it then, I could see now that I’d spent the first two years in dumb awe.”

Strength lies in the storyline of the past – Michael’s younger self and how his relationship with Agatha unfolds. In the present storyline, there doesn’t feel like much of a connect between him and Leah, and their story seems to be missing something.

Truthfully, Leah is quite a dull character – a bit flat. Michael is an unlikable person but he’s got more depth to him, and he’s more interesting to read about. I’m not sure we get as much insight into who Leah really is. When I read the blurb, I sensed comparisons with Lolita and The Virgin Suicides, but I feel like the novel lost its way and didn’t quite live up to expectation.

“It was only then that her identity became apparent and I realised that as a chronically bored teenager I’d read her newspaper column every Saturday. My brain started to involuntarily access all the images I’d invented and stored, lying on the living room floor on infinitely empty afternoons.”