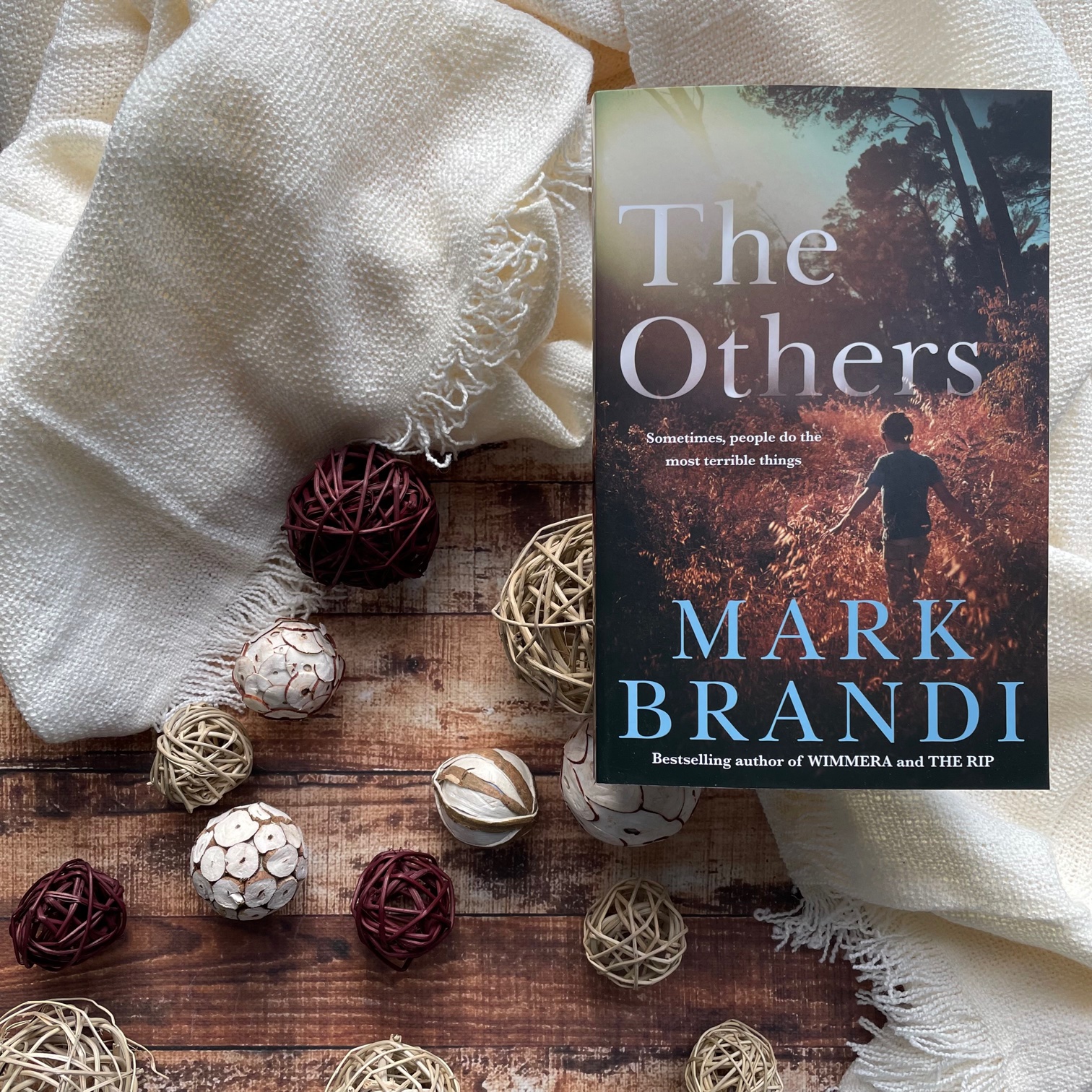 The only things he knows for sure are what his father has taught him. Sheltered, protected, isolated. But who is his father protecting him from? And how far will his father go to keep the world at bay?

All too soon, Jacob will learn that, sometimes, people do the most terrible things.

Firmly establishing himself as a master of crime and thriller, Mark Brandi’s latest novel The Others is another haunting tale.

Set on remote farmland and largely written in diary form, The Others follows an 11-year-old boy as he documents his day-to-day interactions with his overly protective but secretive father. Just who are the others he keeps talking about? And is Jacob actually in any real danger?

“So I have to stay home, and I have to stay in my room. It’s just in case the others come. I don’t mind staying home so much, because it gives me time to do my own things. Sometimes, I hear gunshots from somewhere in the bush. It must be a long way away, because it takes a long time for sound to travel.”

The Others reminds me a little of Room by Emma Donoghue. We only get snippets of the truth because we’re experiencing everything through the mind of an innocent child. Jacob looks to his father as protector, however his father is anything but.

As the reader, you know that Jacob is being fed lies and you witness him start to realise that his beloved parental figure might not be entirely truthful. It’s about following the story as the tension builds, pacing increases and you wonder how the tale is going to unfold.

Strengths lie in Jacob’s voice – he’s young and innocent, and quite naïve. But he’s not annoying or frustrating as a narrator. He is both insightful and present within his surroundings. His childlike voice offered a new perspective to Brandi’s novels, which haven’t yet delved into this kind of protagonist yet. It felt like something unique to his repertoire, and fans of his work will appreciate the pivot.

“He cooked it good this time. He always cooks the meat and I do the porridge. That’s the deal. He served it up and it was nicer, with the crispy bits, and the meat cooked right through.”

I did find that the book ended with a lot of unanswered questions, particularly around the women out hiking. The woman seemed to know Jacob’s father, so I’m not sure why he felt so threatened by her. And it perhaps felt a little unrealistic that the woman managed to find Jacob’s cabin so easily, when later in the novel we are told just how incredibly remote and difficult to discover it actually is?

And was Jacob’s mother actually sick? Jacob’s memory seemed to imply she was bedridden for a long time, but the revelation at the end seems to contradict that. Perhaps there was a bit of scope to reveal some of that information, particularly during those short sections where we’re with Jacob when he’s an adult.

Also, when is this novel set? It’s not necessary to know this, but talks of sickness and plague and illness made me think this was all fictional, but another reviewer interpreted this novel to be set post-COVID.

Overall a really entertaining novel and very quick to read – more pages than paragraphs, it felt. I ripped through this in one afternoon and really enjoyed it. The Others is engaging and atmospheric, and recommended for readers of crime, thriller and mystery. Readership skews 25+