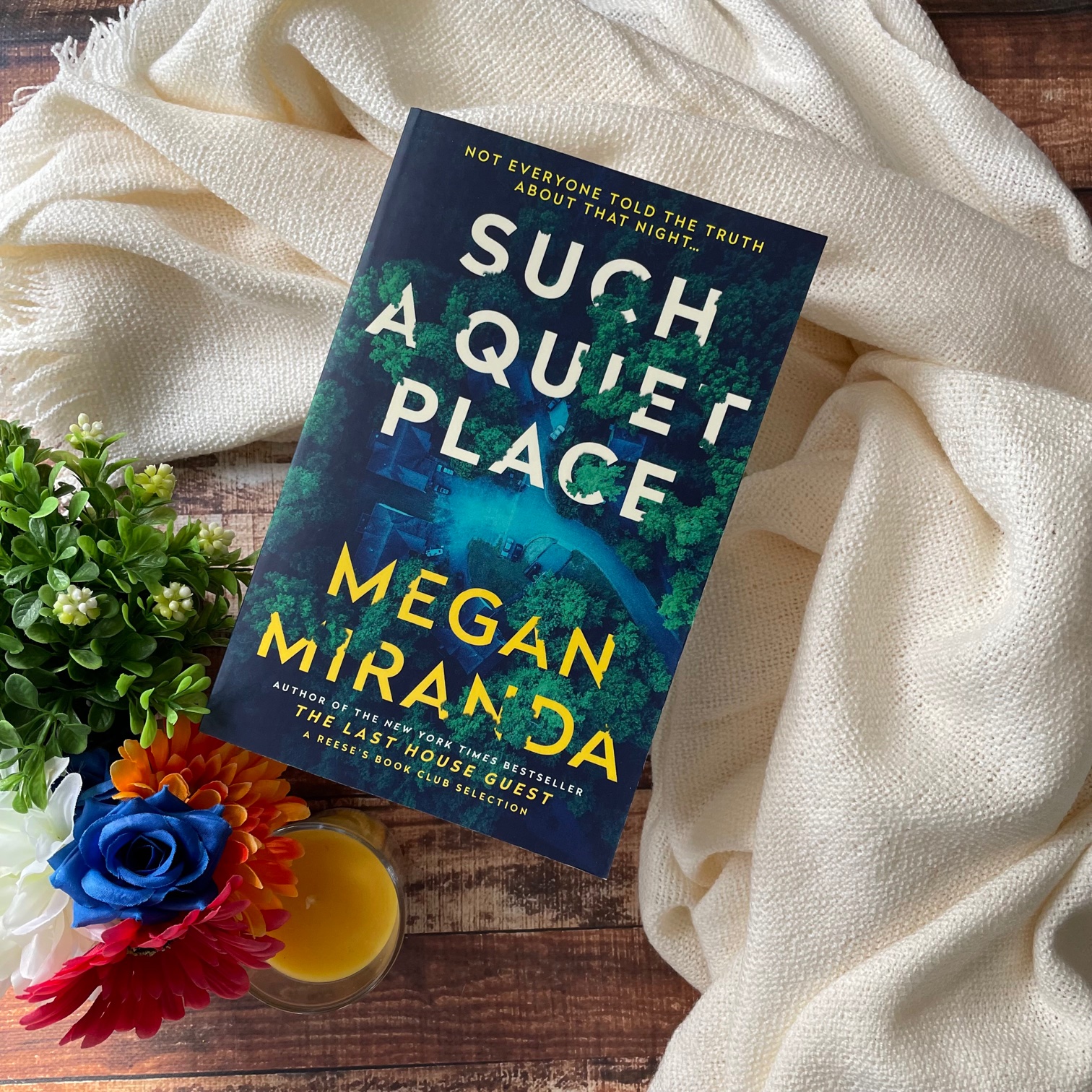 There was no warning that she would come back.

Welcome to Hollow’s Edge – a picture-perfect neighbourhood where everyone has each other’s backs. At least, that’s how it used to be, until the night Brandon and Fiona Truett were found dead…

Two years ago, branded a grifter, thief and sociopath by her friends and neighbours, Ruby Fletcher was convicted of murdering the Truetts. Now, freed by mistrial, Ruby has returned to Hollow’s Edge. But why would she come back? No one wants her there, least of all her old housemate, Harper Nash.

As Ruby’s return sends shockwaves through the community, terrified residents turn on each other, and it soon becomes clear that not everyone was honest about the night the Truetts died. When Harper begins to receive threatening, anonymous notes, she realizes she has to uncover the truth before someone else gets hurt… Someone like her.

Megan Miranda’s Such A Quiet Place is a suspense novel centred around a mysterious double murder in an idyllic and close-knit neighbourhood, and the young woman they all believe to have committed the crime.

When accused murderer, Ruby Fletcher, is released without charge and returns home to Hollow’s Edge after two years, everyone in town appears unsettled. What happens when another murder is committed, and it’s clear that not everyone has been truthful about their past?

“During the investigation, we had established an official neighbourhood watch. A self-imposed curfew. The remnants of our fear carried over long after. We locked our doors and the patio gates, we pulled the curtains tight, we slept with a can of Mace beside our beds – and more.”

Written in first person from the perspective of Ruby’s former roommate and friend Harper, Ruby’s characterisation and voice is probably one of the strengths of this novel. She’s somewhat blank in her delivery and evokes this all-knowing personality – like she’s spent the last two years working out what to do when she got home to Hollow’s Edge. She’s calculated but controlled, her impulsivity mostly erased. She’s not actually a great person, and certainly not someone you’d want to be friends with, but as a character she is interesting to read about.

Harper’s paranoia grows over the course of the novel, as events start to cloud her judgement and make her doubt what she remembers and what she believes. The neighbourhood and its inhabitants provide this closed-in, suffocating setting. Everyone still believes Ruby to be a murderer, and they see nothing wrong with twisting memories or events to suit their perspective.

“There was no sign of Ruby when I woke. When I stepped out of my bedroom, groggy and light-headed, the house was eerily quiet…Last night, after the news program with her lawyer, Ruby had taken a phone call and disappeared upstairs, never to re-emerge.”

There is a strong sense of voyeurism in the novel, and it forms the backbone of the story. Who are we behind closed doors, compared with how the public view us? Would we kill to keep our secrets? There are enough characters in the novel that the truth is hard to guess and the ending didn’t feel predictable. Whilst some reviews of this book haven’t been favourable, I devoured this in one day and loved it.

Admittedly, the pacing lacks a bit in the first half of the novel. Harper is quite timid to start, and understandingly quite wary of Ruby’s sudden arrival. It isn’t until halfway through the novel, at a neighbourhood barbecue, where a new twist means the pace and tension pick up and we’re addicted until the final page.

“We knew who didn’t make it in to work (and whether they lied about the cause); we noticed whose cars didn’t make it home at night; we saw whose recycling bins were overflowing at the edge of the driveways (though we were rarely surprised); we listened to the arguments carrying from open windows and backyards, feeling more like confidants than voyeurs.”

Fast-paced and gripping, Such A Quiet Place is recommended for readers of crime, thriller and mystery. An enticing suspense novel for even the most reluctant of readers.