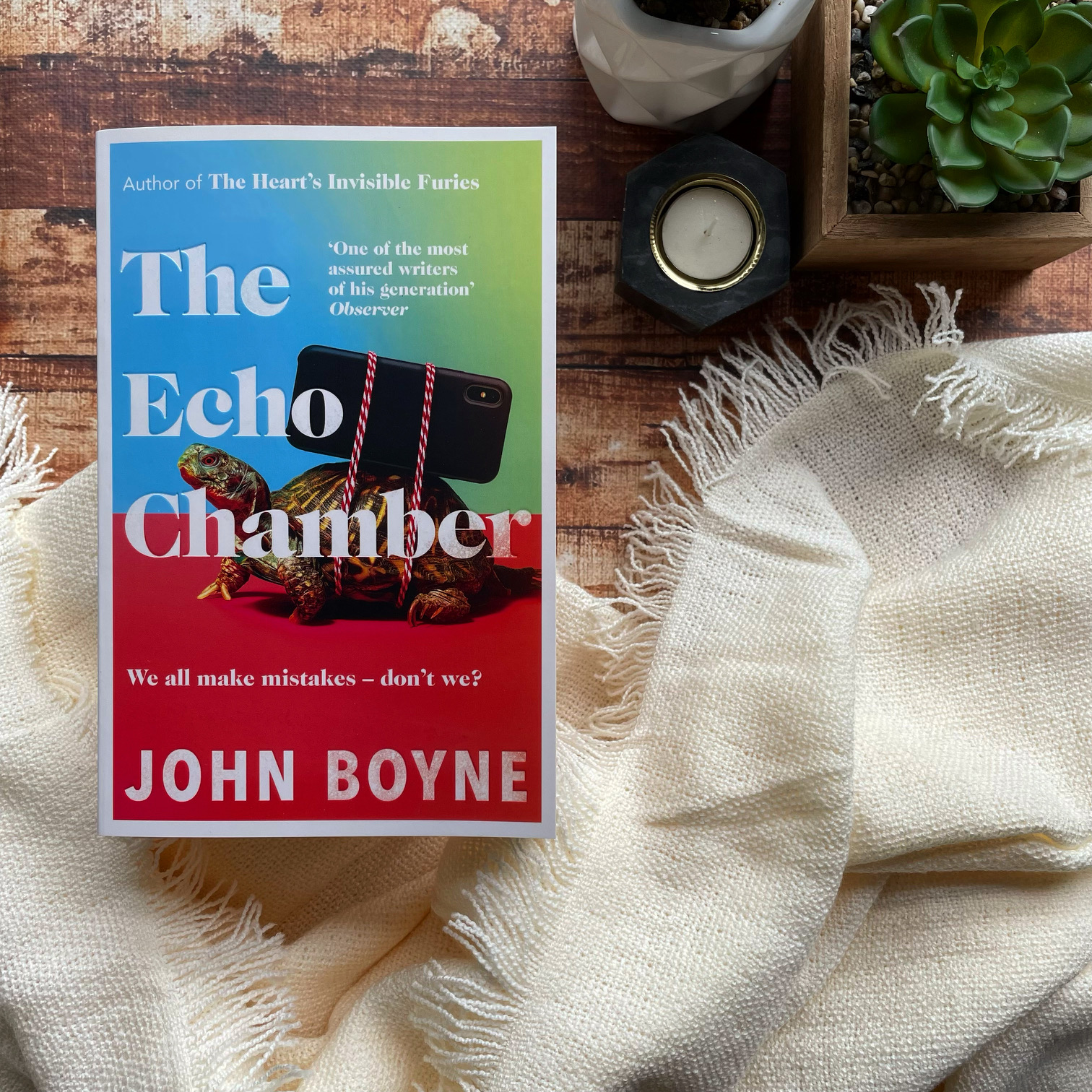 What a thing of wonder a mobile phone is. Six ounces of metal, glass and plastic, fashioned into a sleek, shiny, precious object. At once, a gateway to other worlds – and a treacherous weapon in the hands of the unwary, the unwitting, the inept.

The Cleverley family live a gilded life, little realising how precarious their privilege is, just one tweet away from disaster. George, the patriarch, is a stalwart of television interviewing, a ‘national treasure’ (his words), his wife Beverley, a celebrated novelist (although not as celebrated as she would like), and their children, Nelson, Elizabeth, Achilles, various degrees of catastrophe waiting to happen.

Together they will go on a journey of discovery through the Hogarthian jungle of the modern living where past presumptions count for nothing and carefully curated reputations can be destroyed in an instant. Along the way they will learn how volatile, how outraged, how unforgiving the world can be when you step from the proscribed path.

To err is maybe to be human but to really foul things up you only need a phone.

A satirical novel about social media and those trapped in its clutches, John Boyne’s The Echo Chamber follows one self-centred British family who are all well-versed in manipulating others and escaping retribution. The Echo Chamber takes aim at cancel culture from both sides — those ‘cancelled’, and those who cancel.

At the centre of the novel is the revered and respected TV host George Cleverley, who resembles Piers Morgan in his unapologetic, ill-advised commentary on society. His wife, Beverley, is an internationally best-selling author whose works are written by ghost writers but she claims their words are her own. Their three children, Nelson, Achilles and Elizabeth, are flawed in their own right and provide the majority of the entertainment in the novel.

“Although Beverley was sitting in the drawing room of the Cleverleys’ five-floor Belgravia home, trying to maintain a polite interest in the conversation she was holding with a ghost, her mind was far away, soaring 35,000 feet above Europe, on an aeroplane headed for the north-western shore of the Black Sea.”

Written in third person POV and switching between all five members of the family, the humour lands best with Nelson, George’s socially inept son who struggles to talk to women and wears various uniforms to feel comfort and stability. His dialogue with his psychologist is incredibly funny, and his attempts at conversing with women are equally worth a mention.

John’s razor-sharp observation on human and societal interaction takes centre stage with this novel. Prose is stripped back, and the majority of the story is told through dialogue. This shows just how easily John captures a character’s voice, because we have five different characters here and all offer their own unique personality. Whilst I felt that George’s dialogue was overly absurd in some conversations with his family, and he didn’t always feel natural when he spoke, I think John captured the rest of the family members with consistency and reliability.

“The first man he met was a married father of two from Battersea, the indent on the fourth finger of his left hand making it clear that he’d removed his wedding ring on the journey to the pub. Achilles went for a drink with him several times before asking whether he could help him out with a ‘loan’ of $1,000 because, he claimed his landlord was threatening to throw him out on the streets.”

Some people might read this book and find some segments too over the top — they might find the Cleverley family too obnoxious, and edging too far into caricature territory. And I suppose I did feel that in some moments as well. But as a whole, this book offers an entertaining exploration into how social media has shaped our society and how much value we place in our devices.

John’s commentary on social media is devastatingly accurate and rife with clarity. The cover is also a triumph. It’s rare that a novel actually has me laughing aloud, and at times this book even had me snort a little. The Echo Chamber was a joy to read, and I can’t recommend it highly enough.

“He counted the items of clothing on his body and it came to a total of five: polyester scrub top and trousers, boxer shorts, socks and a pair of old trainers. Standard hospital wear. And even though he knew that he was probably the least fashionable person in London and the South-East, he appreciated the fact that his outfit made him stand out in the crowd.”

Sharp, observant and utterly enjoyable, The Echo Chamber is recommended for readers of literary fiction and satirical works. Readership skews 25+