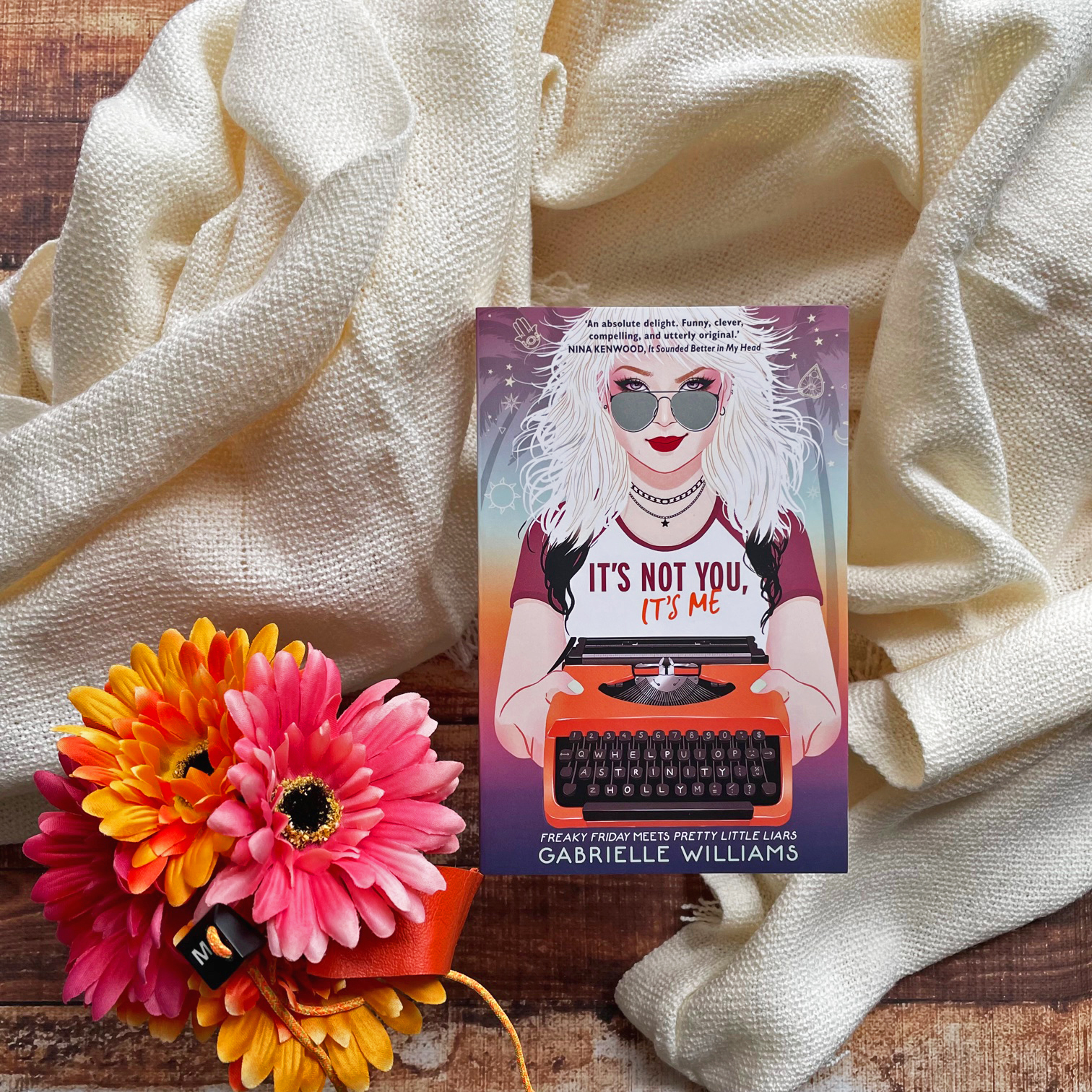 A literally life-changing novel about time travel, soulmates and serial killers that asks a very big question: Can you ever change your fate?

Holly Fitzgerald has inexplicably woken up inside the body of an LA teenager called Trinity Byrne in 1980 – trapping Trinity in Holly’s forty-year-old body back in Melbourne, 2020.

Holly finds herself navigating a brand-new body, family and cute boy next door – not to mention rock band that might just make it, and potential kidnapper. Meanwhile, lies intersect with truth, hurtling both Holly and Trinity towards a dangerous fate as the connections between them grow deeper and stranger than either could have ever imagined.

Freaky Friday meets Pretty Little Liars — if the Liars were an all-girl punk band from the 1980s.

Gabrielle Williams’ latest YA novel It’s Not You, It’s Me is a soul-swap story predominantly set in the 1980s. When forty-year-old Holly — who lives in 2020 — wakes up in the body of 16-year-old Trinity in 1980, she must learn to manage this new identity whilst figuring out why she’s been swapped in the first place. What does she need to do and how can she get back to her own body?

It’s certainly an interesting perspective to focus on for a YA novel — centring the story on the 40-year-old rather than the 16-year-old. But to be fair, when we do come in contact with Trinity it’s clear she’s quite unfriendly and bitter, and I probably would’ve hated reading an entire book about her anyway. It’s nice to see her humble out a bit.

“Holly couldn’t pretend. This wasn’t her life. None of it was. Deep down in her gut, in her soul, she knew this wasn’t who she was. Holly didn’t know how to behave with a dad. She hadn’t grown up with one. What happened when you had a dad? What sort of things did you talk about?”

Focusing on Holly’s perspective allows us to focus on the plot, rather than the character. Holly is wise and intelligent, and her journey is more about finding out why she’s been body-swapped, and what she can do to improve Trinity’s life. Over time, we come to realise how lonely Holly’s childhood was — an absent mother, no father. By stepping into Trinity’s shoes, she gets to experience the love of a family and the comfort of feeling like she belongs. It’s a nice touch.

Another interesting element to the story is how Gabrielle explored muscle memory and unconscious reactions. In many situations, Holly is able to ‘be’ more like Trinity and is able to tap into memories rather suddenly.

The pacing is consistent and appropriate, and tension builds in the second half as Holly’s life nears danger. Whilst Gabrielle probably could’ve increased the presence of the Mariposa Murder in the first half of the novel — the fear and concern — I still really enjoyed Holly’s progression in the novel.

“She strummed the strings, trying to get a feel for the instrument. She was going to make a fool of herself. But as she started tinkering, her fingers took off with a mind, or a memory, all their own. Her body was plucking the strings, listening for tone, adjusting the tuning pegs…”

Admittedly, I would’ve loved a bit more reference to the 1980s — pop culture, fashion, lifestyle. Perhaps these things are light on because the YA readership weren’t alive in the 1980s and so they may not necessarily respond to these elements, but I would’ve loved just a bit more sense of place. Holly waking up in the 1980s lends itself to quite a bit of humour and quirk, and this novel does feel like it has room for a bit more.

The only other element of the novel I struggled with was the initial scenes when Holly wakes up in Trinity’s body. Because the story is written in third person, Holly is referred to as Holly, but Trinity is frequently mentioned, and introspection allows for Holly to talk about Trinity a lot. After the first few chapters you’ve got it, but initially? I was quite confused.

“Holly wasn’t ready for the outside world yet, even if it was only coming in through the phone line…Holly’s instinct was to hang up the phone and deal with the consequences later. But if she didn’t talk to this girl, the mom would know something was up.”

Quirky and original, It’s Not Me It’s You is recommended for a YA audience. Readership skews female, 12+. The ending is particularly enjoyable.