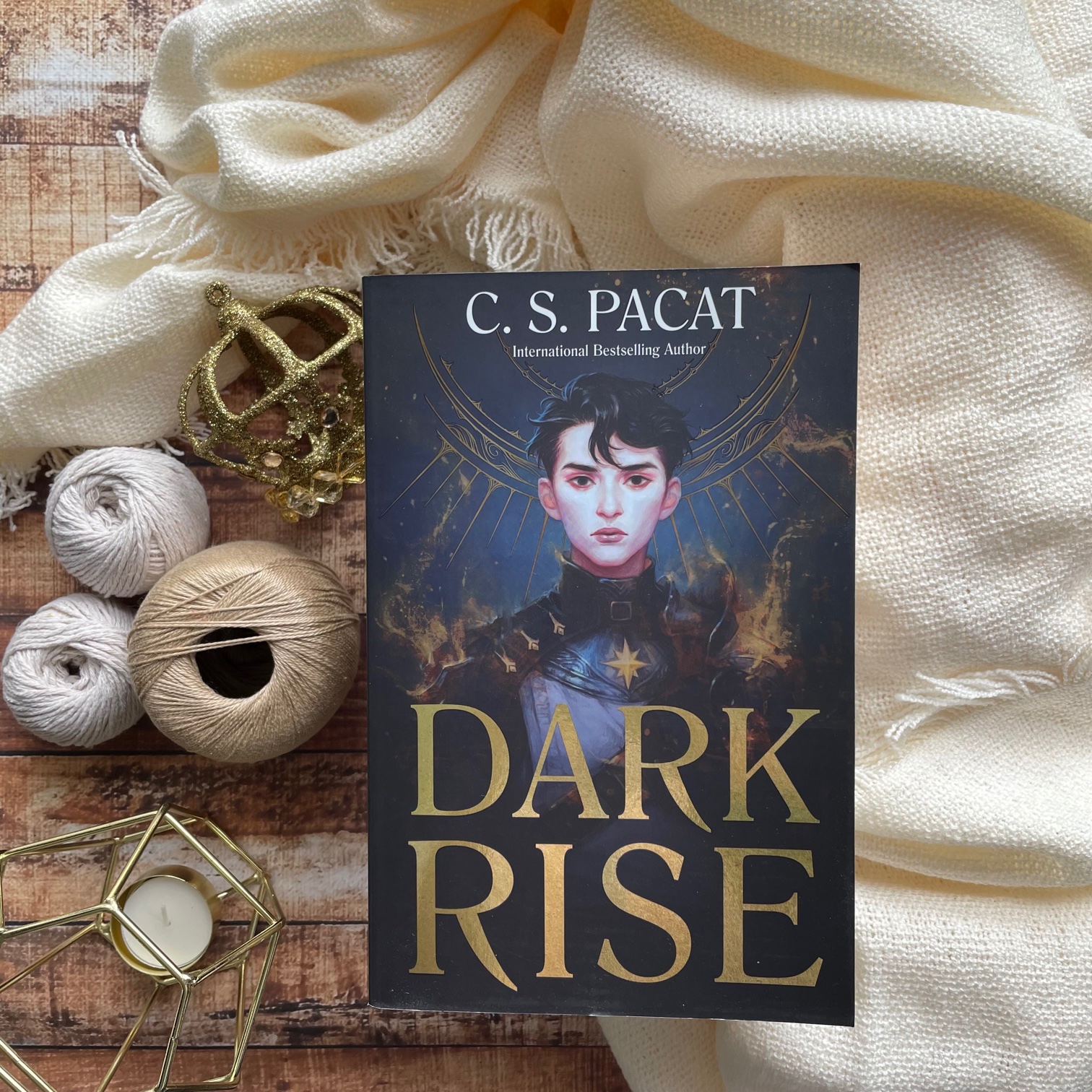 The ancient world of magic is no more. Its heroes are dead, its halls are ruins, and its great battles between Light and Dark are forgotten. Only the Stewards remember. For centuries they have kept vigil, sworn to protect humanity if the Dark King ever returns.

Sixteen-year-old dock boy Will is on the run in London, pursued by the men who killed his mother. When an old servant urges him to seek out the Stewards, Will is ushered into a secret world, where he must train to fight for the Light in the oncoming war.

As the Dark King’s return looms, reborn warriors begin to draw battle lines. But when the young descendants of Light and Dark step into their destined roles, old allegiances, old enmities and old flames are awakened. Will must stand with the last heroes of the Light to prevent the calamity that destroyed their world from returning to destroy his own.

The first book in a new YA fantasy trilogy, C.S. Pacat’s Dark Rise comes highly anticipated. Set in 1821 London, teenager Will is on the run from his mother’s murderer – successful trader Lord Simon Crenshaw. Soon, he’s entangled in a world he knew nothing about, under the protection of an ancient order. Dark Rise is quite the clever story because you find yourself questioning who the real villain is the entire way through.

Dark Rise feels like it honours classical fantasy whilst also incorporating a lot of unique elements and surprising plot events that mean you don’t feel like the story is predictable. C.S Pacat twists familiar tropes to make them much more inviting for the readers. There were certain deaths I never saw coming, and some character revelations were teased throughout the book and I missed them – I think all readers will love this book, not just readers of YA.

“Justice had talked about Tom like—
Like he was a monster. Like he’d hunt a woman down and kill her. Like he served a dark power, and did it willingly. A horror rose up in her.”

Written in third person, C.S. Pacat’s writing is stripped but impactful. She offers enough insight into the minds of her characters but largely keeps the majority of the story to dialogue and action where it shines.

Credit must be given to the way she only pivots her story around her core characters, without falling into the trap of including/mentioning secondary characters too often in scenes – this can be confusing for the reader when there is a large cast of characters present, and I often find myself going back through the pages and needing to re-read.

C.S Pacat has set herself up for an explosive second book. Themes include family, destiny, friendship and courage.

“The gathered men were uneasy, shifting in the repressed silence. The three too-pale men swung silently down off their horses, their single black pieces of armour faintly repelling. Those left on the banks were shooting nervous glances from them to James and back again. Will felt it too, a strange pressure growing in his chest.”

Admittedly, elements of the novel’s structure were a little disjointed for me. We switch POV between the main characters, but sometimes it didn’t always feel necessary. Katherine, Simon’s fiancé, gets only a few chapters in her POV and it didn’t feel like a seamless jump.

Towards the end, when she comes back into the storyline, there have been so many significant things that have happened that we weren’t privy to, it felt like the reader was left on the out. Being more involved in Katherine’s turning point as a character likely would’ve made her contribution seem more worthwhile, and it certainly would’ve helped me connect to her as a character.

Finally, the presence of Elizabeth in the story could’ve been more dominant. She doesn’t appear until right at the end where she actually matters, and because we don’t really know who she is, I felt nothing for her.

“Cyprian was too perfect, riding straight-backed in garments that seemed to repel the mud of the marsh. He was one of two Stewards who were younger than the others – Will’s age – and he and the girl were dressed differently too.”